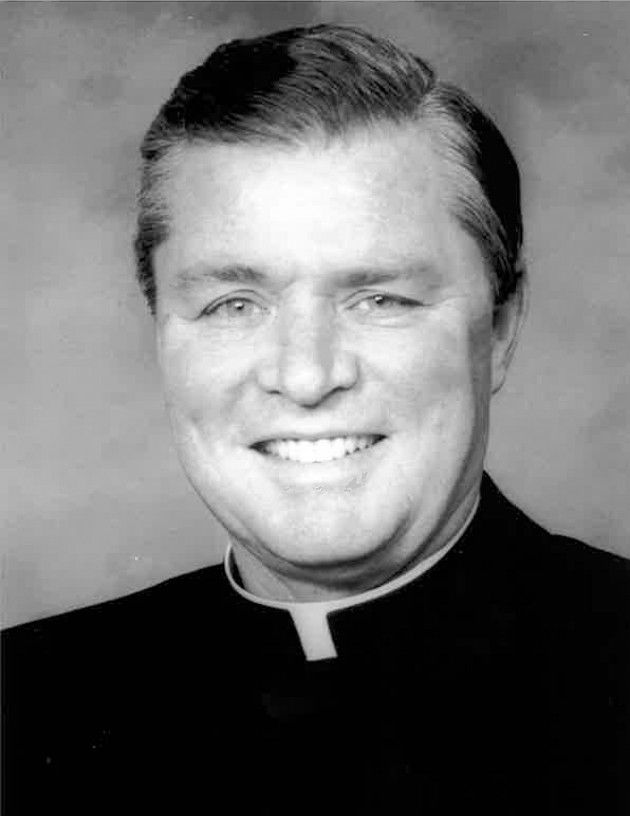 Most students wish they could remain at the University long after their four years are over. Rev George F. Riley, O.S.A., has done just that. Riley was ordained in 1962, making this year his 50th at the University. In those 50 years, Riley has served seven different presidents at the University. He currently serves as the special assistant to the president for alumni and external relations, a position he has held for the past 21 years.

In his current role with the University, Riley works closely with Gary Olson, associate vice president for Alumni Affairs, to reach out to the over 110,000 living alumni spread throughout 70 alumni clubs nationally and internationally.

Riley, a native of Lawrence, Massachusetts, attended Merrimack College before coming to the University. He then graduated from the University in 1958.  Riley has been here ever since.

“Being at Villanova,” he said, “is like recess time in heaven.”

In his early years as a priest at the University, he was active in student life, living in the dormitories and working as a counselor. He notably was a member of the championship intramural football team “The Chuggers” in 1965, as well as a captain of the intramural basketball team called “The Monks,” which was comprised only of Augustinian friars. During the 1960s, Riley organized a popular student mixer dance called  “Shamokinaki ” to benefit the Augustinian mission in Japan, which every year raised thousands of dollars for the missions established by priests from the University.

In addition to his degree from the University, Riley also holds two masters degrees and a doctorate from the Catholic University of America.

After being ordained in 1962, Riley taught at the University until 1971. He spent six years teaching theology to freshman students, and then continued teaching part time after that.

“Teaching and the classroom are the best ways to get to know our great and wonderful students,” he said.

At the same time, Riley was the first Peace Corps liaison at the University. In this position, he helped thirty students in the span of three years join the Peace Corps. These students went on to work in a number of different countries including the Philippines, Tunisia, Pakistan and Morocco.

He also served as the director of admissions for the Augustinian Province of St. Thomas of Villanova and took on the role of secretary to the Provincial of the Order from 1967 to 1971.

In 1973, he was named vice president for University Relations, overseeing the Offices of Development, Public Relations, Alumni Affairs and Career Services. In the next 20 years, he was very active in the University’s first two capital campaigns. From 1976 until 1979, Riley worked on the Covenant I campaign, which, in major part through a donation from the Connelly Foundation, built Connelly Center. Then, a few years later, he worked on Covenant II, which raised 25 million dollars to build the Pavilion. This was all done while maintaining the University’s 12 annual fundraising programs.

Riley also mentioned that “the ever resilient” University President Rev. Peter Donohue, O.S.A., just completed a thirty-five city tour reaching out to alumni in preparation for another University capital campaign.

Riley enjoys seeing the difference these buildings have made in student life over the last few decades.

“It’s a great feeling to see our great students so academically and athletically involved and challenged.”

Riley began the Villanova Magazine in 1984 along with the late Eugene Ruane, who was director of Public Relations at the time.

In 1992, Riley was appointed by Rev. Dobbin, O.S.A., then University President, to his current position as the special assistant to the president for alumni and external relations.

While serving these many positions on campus, Riley also has spent his weekend ministry for the last 50 years in parishes in the Diocese of Camden in Southern New Jersey.

Riley has worked at seven different parishes in South Jersey during these past fifty years. Most recently he has been working at Maris Stella Church in Avalon.

“You get to meet a lot of truly interesting people,” he said of his time in South Jersey.

He certainly has met a number of interesting people. The walls of his office in Geraghty Hall are filled with photos of him and celebrities throughout the years, including Donald Trump, President Ronald Regan, President Gerald Ford, Yogi Berra, Joe DiMaggio, Henry Kissinger and many others.  Out of all of the people he has met through his work, Riley said that Frank Sinatra was the most memorable and a “real gentleman.”

In addition to the many photos on display, he also has received numerous awards.  His awards include man of the year awards from the Hebrew Academy of Atlantic County, Friendly Sons of St. Patrick of Southern New Jersey, Italian- American Press and State of New Jersey Anti-Defamation League of B’nai B’rith.  In 1976, he won the first president’s cup awarded by the Villanova Alumni Association president for outstanding service. Riley has also received the commodore John Barry historical award at Philadelphia’s Union League in 1993 and the loyalty award from the American Football Foundation.

Riley was the Heisman Trophy Award Ceremony Chaplain for 21 years up until this past year.  He also says the invocation at St. Patrick’s Day Parade in New York City.

Having been at the University for over 57 years, if you count his time as a student, Riley has watched the campus grow “leaps and bounds.”

“I’ve seen a lot of changes for the better,” he said.

Among those, Riley noted that the size of campus has increased, the academics have continued to improve and athletics have remained strong.

Throughout his half century at the University, Riley has definitely kept his love of a good sense of humor and his belief in the “theology of laughter.”  He has a number of favorite sayings that certainly exemplify his good nature, including “nothing is so contagious as enthusiasm,” “the greatest ability is dependability,” “happiness makes up in height what it lacks in length” and one of his personal favorites, “the loudest boos always come from those in the free seats.”

Fifty years later, Riley remains grateful for his time here at the University and to have made it his home.

“I was lucky. I was twice blessed from the good lord above with the support, affirmation and friendship of the Augustinian community and the Villanova community, enabling me to truly live the ‘Life of Riley.'”