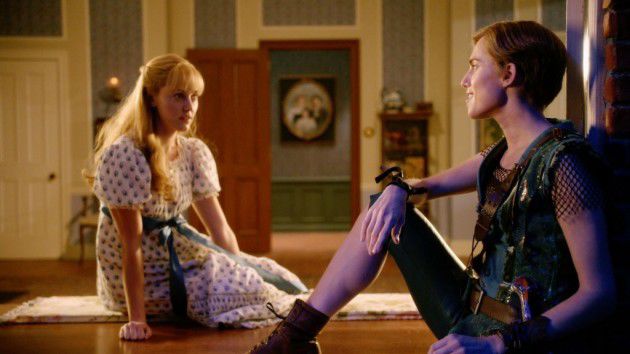 Allison Williams, “Girls” star and daughter of NBC news anchor Brian Williams, took center stage playing Peter in the live NBC production of “Peter Pan” this past Thursday and was undoubtedly the best part of the show.

Williams soared as the boy who never grew up, revealing an incredibly beautiful singing voice that the star had been hiding from us. Williams was clearly the standout of the show that was comparable to last year’s rendition of the “Sound of Music.” When country singer Carrie Underwood starred in “Sound of Music,” it was evident that despite a stellar voice, she could not replace the one and only Julie Andrews; Williams on the contrary was able to make “Peter Pan” her own. Unfortunately, Williams was responsible for carrying the play.

He did not give life to Hook, but rather displayed no facial expression or excitement whatsoever. His face seemed to be stuck in one position the entire time, unable to show any expression whatsoever. He seemed to talk the songs he was intended to sing and the instrumentals were often louder than his singing voice.

The rest of the cast did its best to be on par with Williams. The actress playing Wendy, a character who is supposed to be around 12 or 13 years old, was actually a 24 year old woman and seemed far too old to be playing the young girl. Though she was endearing as Wendy, it was hard to get past the age gap.

The scenery also had its highs and lows throughout the three-hour performance. Parts of Neverland were beautiful, and other parts were reminiscent of your worst, most colorful nightmare. The most disappointing part of the scenery was the extremely evident black strings that were used to allow the actors to fly.

When in front of a black backdrop like the sky, the strings were not as obvious, however in the first scenes of the play when Pan teaches the children to fly, the black strings were clear as could be on their backs, really taking away from the magical aspects in the play.

The classic line “I won’t grow up!” was performed during the show, and if you followed in the footsteps of Peter Pan, this play may have been more enjoyable. It may have appealed to a younger audience, and on Broadway would’ve likely been an incredible show, but the live televised play did not live up to expectations of the classic “Peter Pan.”

Despite Williams’ brilliant performance, the show lacked the realistic elements that a televised theater production should provide. Though magical in its essence, it was not as believable as it could’ve been.

It may not have been a perfect performance, but was nonetheless somewhat entertaining to watch grown adults fly around on stage and sing songs in colorful costumes for three hours.