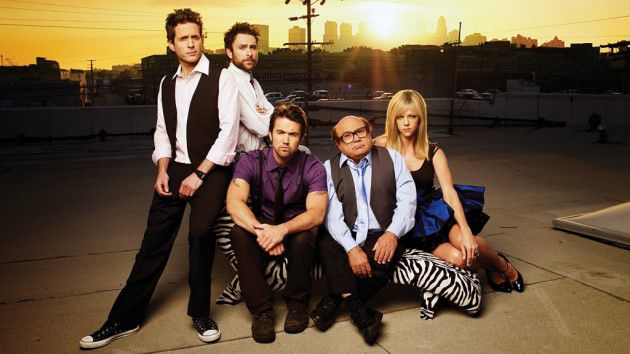 “It’s Always Sunny in Philadelphia” has always been one of the most clever shows on the air. Its dark brand of humor meshes well with the background of South Philadelphia, and the cast and their elaborate, maniacal schemes seem to get funnier with each episode. The show has just entered its 10th season, and while many of the longer running shows tend to suffer a dip in quality as the seasons go by, “Sunny” has been able to stay true to itself and keep the laughs coming for ten years strong. This week’s episode, “Charlie Work,” is no exception, and may in fact be the best episode of the series, due to stunning camerawork and an outstanding performance from Charlie Day.

“Sunny” has always been able to provide its own brand of pop culture humor, parodying various sources of media, such as “Flowers for Algernon” and “Million Dollar Baby.” Its self-awareness has also provided the show with new comedic opportunities. The episode “The Gang Tries Desperately to Win an Award” is based on the fact that the show has been repeatedly denied recognition by the Emmy awards. The episode “The Gang Recycles their Trash” parodies the Gang’s unorthodox schemes.

This week’s episode, “Charlie Work,” included two extraordinary single shot takes (one being over seven minutes long) as an homage to the critically acclaimed “True Detective.” The title refers to the many tasks and duties that Charlie Kelly (Day) must perform in order to keep the gang’s bar, Paddy’s Pub, from completely falling apart. These degrading tasks include cleaning toilets, washing dishes and killing rodents. Here, however, the Gang scrambles to ready the bar for an impromptu visit from a health inspector, who will shut the bar down if anything seems out of the ordinary. The rest of the gang (Frank, Dee, Mac and Dennis) provide their usual hilarity, with a new scheme to profit off of a meat-delivery company.

We see incredible dedication from Danny Devito as Frank Reynolds, as he allows himself to completely disappear into the role. Charlie is able to conjure up a masterful, though insane, plan to attain a passing grade from the inspector. What follows is a hilarious, intricately crafted work of art, with each actor’s performance besting the next.

Day’s work here is nothing short of phenomenal, as his delivery on the script allows the audience to get inside the mind of a low-key genius. In previous seasons, Charlie’s illiteracy and his struggles fitting in with others has been a source of the show’s strong writing, but his masterful plotting shows that there is more to Charlie than meets the eye, and proves that he is one of the show’s most compelling characters. Furthermore, the storyline of Dennis Reynolds’ descent into madness continues, as last week’s diagnosis of his borderline personality disorder proved to be only the beginning of more things to come. Here, his argument with Mac led to a violent and disturbing outburst, as his inner demons prove to be another source of hysterics. The camerawork is reminiscent of “True Detective” and its famous single shot take in its fourth episode, and it is as mesmerizing as the gang’s dialogue.

Overall, this was one of the best episodes in the program’s history. Creators (and stars) Rob McElhenney, Glenn Howerton and Day continue to provide quality comedy even in their 10th season and remain as innovative as they were during the shows inception. This episode raises the bar even higher for “It’s Always Sunny in Philadelphia,” but if the shows history is any indicator, it will find another way to raise it soon enough.