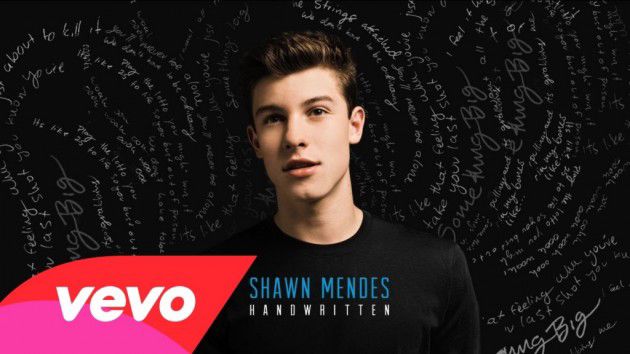 I’ve got some news (good or bad, take your pick) for all of the music lovers out there: the teenage heartthrob fad is alive and well, and there is no better current example than Shawn Mendes.

Born in Canada in 1998, Mendes thrives in the technologically-advanced generation of today.

He originally started out as a viner, making six-second covers of popular songs, and has now released his own album, entitled “Handwritten.”

Right off the bat, his strong use of falsetto can be heard.

His songs are a solid start for him as an artist. Each song sounds simple and easy to sing, but he is able to demonstrate his vocal flexibility within the simplicity. His voice sounds very strong and reliable.

Mendez is a unique new artist. We know that he can go from being a small-town Canadian viner to a vocalist with a very successful solo tour, so we can assume he is a talented singer.

“Handwritten” is his chance to show his fans what he is interested in singing about. He co-wrote almost all of his songs.

Apparently, this boy is girl-crazy. Every single song on this new album somehow relates to a girl or a romantic partner.

It makes me wish that there was a Bechdel test for male singers, where we see if they can go five minutes into an album without singing about a girl.

Mendes would fail completely. This isn’t to say that his songs are bad. They are very sweet and well-meaning. He does not suggest that he wants girls for their bodies in any of his songs. Instead, he alternates between being a personal cheerleader and a romantic, sensitive love interest with his mostly-female listeners.

All of the songs on the album sound similar—if I were assesing him as an artist, I could not distinguish one song from another overall.

He often uses the AABB rhyming scheme, and as I mentioned earlier, all of his songs mention girls or other people in his life. This is definitely not an album for self-reflection.

A few of his songs stood out, and these were some of my favorites in the album. “Life Of The Party,” his opening song, was a  “power to the people” kind of song, with a slow piano build and a good message.

He encourages the listener (a girl) to go for the things that she is afraid to do, because life is too short, which I think is a positive message to send out, especially if his fans are as young as I think they are.

“Something Big” also stood out, and is arguably the catchiest and most popular song on the album, with a great beat and happy lyrics.

Overall, Mendes did pretty well on his first major album. He sang his little teenage heart out. His songs were well-sung, but mostly forgettable.

He really appealed to his niche audience, and I felt that as a newcomer to his work he is only slightly impressive. However, I still feel that this album deserves three out of five stars.

Let’s hope that when his second album comes out, he steps more out of his comfort zone and finds more topics to sing about other than women.