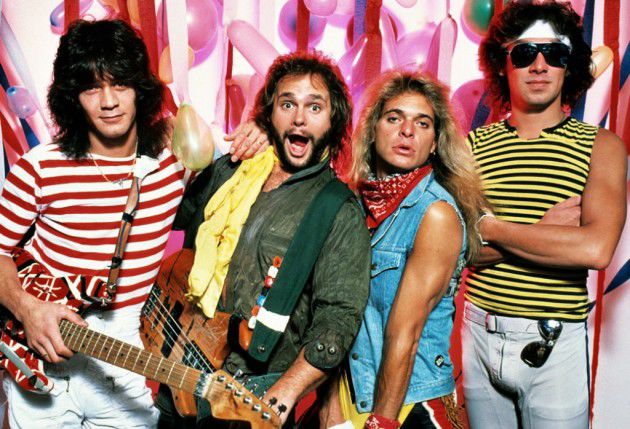 The legendary band Van Halen was a major success in the 1970s and ‘80s with popular songs such as “Panama,” “You Really Got Me,” “Jump” and “Ain’t Talkin’ ‘Bout Love.”

However, the band members constantly fought with one another because they had been with each other for too long  causing  them to take a hiatus. No one heard from the band for more than 10 years and figured that they broke up.

In 2012, Van Halen shocked the rock world by producing a new album, called “A Different Kind of Truth.”

Critics thought that the new record would revive the band’s career and popularity because it had taken a long break from music, as well as potentially bring the members back together. However, the album unfortunately did not do as well as anticipated.

This caused the band to quickly go on tour to promote their new record. Nevertheless, there was still constant turmoil between the band members.

Tensions continued to rise between the rock stars (mainly among David Lee Roth and Eddie Van Halen), and after two months Van Halen cancelled the tour.

The bandmates experienced many disputes and tension, causing a halt in the progression of their musical vendetta.

Then after another three-year break, the band announced that they will be reuniting to tour at four venues.

They will be playing in New Jersey at the PNC Bank Arts Center on Aug. 9, Jones Beach in New York on Aug. 13, the Concord Pavilion in California on July 14 and in Hartford, Conn. on Aug. 11.

The band has agreed to complete this small tour to prove to themselves that they can get along with one another, with the hopes of embarking on a longer tour in the future.

The bandmates appear to be optimistic about stopping the fights by trying to intervene if Roth and Van Halen start fighting with each other.

The band is very determined to complete a tour, even if it is of course a small one. However, in some interviews Roth is already annoying Van Halen with his discouraging remarks.

For example, Roth said that he was getting old and could not hit the high notes of the songs and then quickly pointed to Eddie Van Halen and said neither could he.

Eddie  Van Halen rolled his eyes with an annoyed face and replied by saying that Dave Van Halen didn’t know what he was talking about and was crazy.

Sadly tensions are starting to build to possibly disrupt another tour, which hasn’t yet started.

Van Halen is not the first band to fight and breakup due to members fighting. Other famous bands, such as Pink Floyd and Guns N’ Roses, also broke up because the bandmates could not get along with one another.

Hopefully Van Halen can put aside their disputes and complete the tour to prove to themselves they can do it, as well as delighting fans by performing live in the process.