Students skate into the longboarding culture 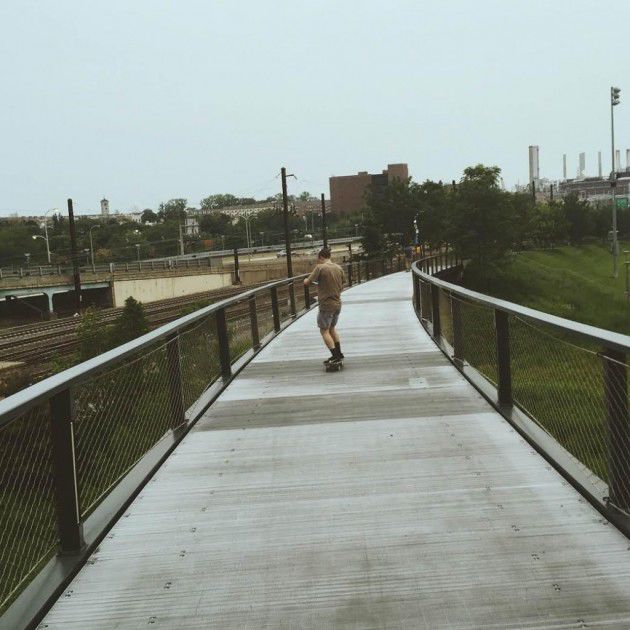 Here at the University, there has been a consistently growing fad in which students living both on and off campus have been longboarding to class. Students traversing the brick plaza near the Oreo can attest to this as they have undoubtedly seen some of their peers rolling smoothly by on longboards. Meanwhile, those stuck on foot must strut to their next class.

This is not a completely new sight for Villanova students, though. In fact, even two years ago as a freshman, I can recall a number of student-athletes cruising around campus, and today the trend is not only still alive but thriving. Despite busy, narrow streets like Lancaster Avenue and Spring Mill Road on the outskirts of campus, the University is nearly an ideal place to skate.

The nearly seamless brick landscapes and curved pathways on main campus make for skate-friendly surfaces where even an inexperienced skater can avoid people and obstacles on a slick-steering longboard. There are even handicap ramps to glide down in the event you encounter the stairs near the Connelly Center. The brick commons provide just enough friction to prevent skaters from going too fast and losing control while not impeding their penny boards’ and longboards’ wide wheels. The distinction between the wheels of penny boards and longboards, as opposed to skateboards, is extremely important when considering the brick surfaces that stretch all the way from Alumni to Falvey Memorial Library and Bartley Hall.

For instance, if I were to skate this stretch on my own skateboard (not a longboard) with 52-millimeter wheels, I would require significantly more pushes than someone sporting the regular wheels of a longboard, which typically fall in the range of 60-75 millimeters. In that case, I would be expending a lot more energy pushing to get to class, and that’s not exactly cruising. The greater surface area of these wheels allows them to traverse cracks and bumps that the wheels of an ordinary skateboard might find troublesome. The result is extra smooth skating for Villanovans with longboards.

Those are the advantages you get when you sacrifice the tail of a skateboard, and thus the ability to ollie or do tricks. For someone who grew up skating, those are big sacrifices. I can attest that there is always an unmatched sense of accomplishment when skaters roll away perfectly after landing a trick or navigating a tall obstacle. It goes without saying that tricks are impressive from the perspective of the onlooker. It should be said, though, that even the most trick-oriented skaters like to just cruise around campus.