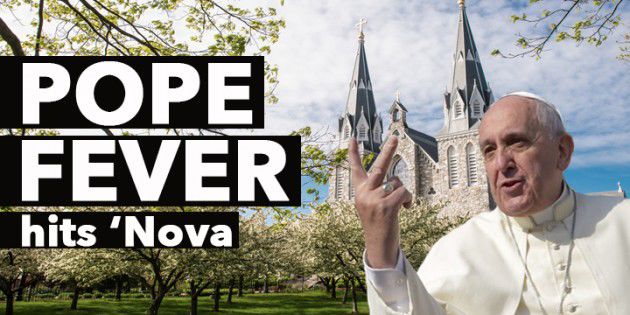 The World Meeting of Families, beginning Monday, Sept. 21 and culminating in a visit by Pope Francis to Philadelphia on Saturday, Sept. 26 and Sunday, Sept. 27, has several implications for Villanova’s campus operations during that time. The University’s proximity to the events and resources and its status as a Catholic institution are the major reasons for our high level of involvement in the events.

University officials began logistical planning for a Papal visit as far back as the past spring semester into the summer, looking at the weekend in question and adjusting University events accordingly. University officials stated, “In order to make sure that Villanova students could participate in events, while keeping in mind the difficulty of getting around in the region, a group of folks led by University President Rev. Peter M. Donohue, O.S.A., Ph.D, made the decision to suspend normal campus operations for Friday, Saturday and Sunday.”

Additionally, this weekend Villanova was supposed to host the University of Pennsylvania’s football team for a game, but after Pope Francis’ visit was confirmed, both UPenn and Villanova athletic officials agreed to bump the game date to this evening. Parents’ weekend was also held a week earlier than it usually is.

The biggest and most controversial issue regarding the Pope’s visit and campus operations is that of parking and transportation. Chris Kovolski, Assistant Vice President of Government Relations and External Affairs, and Chrissy Quisenberry, Assistant to the President for Events, said that SEPTA approached them about utilizing the University’s parking lots in an effort to support those people traveling into the city to participate in the World Meeting of Families events. SEPTA was interested in locations that had large amounts of parking capabilities, and Villanova’s main lots fit the bill. SEPTA is reducing the amount of stops it normally offers, “from roughly 280, to roughly 30 on their regional and suburban rail lines,” Kovolski said.

The main parking lots will be made available for public use on Saturday and Sunday. When asked about parking and how the timeline will be enforced on campus, Kovolski said, “There will be a series of communications from public safety [and university officials]…Parking is going to be very restricted on campus…we will have a series of communications [put out] through the week to give people guidance, but if we need to move cars for people we will have to do that.” This means that public safety and University officials are also prepared to tow your car if you leave it in main lot Saturday or Sunday. However, some parking space will be made available on South campus and West campus for those who typically park in main lot. The University is also broadcasting the Pope’s special mass Sat. morning, in the Connelly Center, which Pope Francis will be giving at the Cathedral Basilica of Saints Peter and Paul in Philadelphia.

The broadcast of this event, while primarily intended for Villanova students and members of the St. Thomas of Villanova Parish, is open to the public. Furthermore, Kovolski and Quisenberry informed The Villanovan that, “Most of the crowd will be made up of priests, deacons and religious members from the archdiocese, and they will all be parking here at Villanova and taking shuttle buses [into the city].”

The reduction in railway stops also poses potential difficulties to the staff members at Villanova who normally rely on public transportation to get to and from work on campus. Because of this, the University is prepared to house them on campus if this becomes necessary due to congestion in the area, and the reduced railway stops. Quisenberry said that they have ordered beds and toiletries, and that they have even surveyed those staff members that will be working during these events, to get an idea of potential needs. While they do not believe there will be many who will in fact need to stay on campus, they are prepared to house them all if necessary.

Though University staff and city officials have methodically planned out much of the logistics in terms of parking and transportation, there is still no word from SEPTA as to when the normal train schedules and stops will resume. It is the impression of University officials that we will not know when the normal schedule will resume until towards the end of the weekend, at which point the demands of the crowd can be properly assessed. The same is true for the reopening of several roads and highways, although it has already been announced the Ben Franklin Bridge will reopen at noon on Monday (an updated list of all the road closings can be found at 6abc.com).

Consequently, until University officials are made aware of when the normal railway schedule and stops will resume, and roads reopened, they will not be able to make a decision on the schedule for Monday. The most they predict is that there could be a delayed opening of the University on Monday, but said that they were “currently operating under the notion that Monday will be a normally scheduled day with classes starting at their normal time,” said Kovolski and Quisenberry. However they will continue to monitor the conditions and publications from the city and SEPTA in case anything does prove to impact the schedule further.

This information will be communicated to students and faculty the same way severe weather alerts and closures are communicated: via text and email alerts. Kovolski and Quisenberry capped the interview with a “better safe than sorry” sentiment; “…the conditions may not be as bad as forecasted…[but we] have to prepare for the impact of an event like this.”