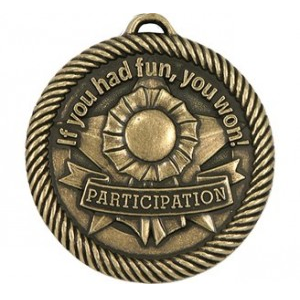 In case you haven’t heard, the Pittsburgh Steelers’ linebacker James Harrison was involved in a bit of a media controversy this summer.

Harrison said that he took away his two sons’ participation trophies because “everything in life should be earned.” He added that “sometimes your best isn’t good enough,” alluding to winning as a significant factor in receiving a trophy.

This stirred up both sides on this parenting debate. The disciplinarians rallied around Harrison’s remarks while the coddlers instantly scorned the NFL player’s parenting decision.

In the case of the Harrison children, it is hard to argue one way or the other.

Were the children slacking off in practice? Were they honestly the worst on the team and didn’t positively contribute to the experience?

All of these particular factors could influence whether Harrison made the right decision or not.

In general, however, Harrison raised important questions about our society as a whole.

Let me begin with an anecdote. At roughly the age of 12, I was a sorry excuse for a baseball player, not because of my talent, but because of my indifferent attitude.

I innocently claimed one icy, New England spring morning that the sport of baseball was “too cold,” and repeatedly asked my coach (father) if I could go play basketball at the nearby outdoor courts instead of sitting in the dugout.

Father and son eventually came to an agreement where I was allowed to bring my basketball to the dugout. While other children sat attentive to the game and cheering on their teammates, I practiced my ball-handling and spinning the ball on my finger. Mentally, I had completely checked out from my team and from the sport.

For baseball, I received a participation trophy. It is probably in my attic somewhere, covered in the dust of time and unimportance.

In my room at home, I have a row of shining basketball trophies. One in a petite, plastic basketball which says “Camper of the Day” for a camp that was attended by two current NBA players. Another is a brown plaque, a character award from my AAU team after never missing a practice or a workout. Especially after all that lost sleep, I deserve these trophies.

Of course, I never should have gotten a baseball trophy. And I recognize that – it meant nothing to me then and it means nothing to me now.

Have you ever felt the thrill of earning something? I’m sure you have. Perhaps it was the note from Fr. Peter in your acceptance letter, or the “A” on top of your paper you completed at 4 a.m.

But it doesn’t matter always that you win, and this is where Harrison is wrong. What matters is the spirit with which you win, the character you show in day-to-day life.

In America today, many people are “soft.” Some think that they can rest on the laurels of their family wealth and fortune, coasting to successful lives without toiling over their work.

There are people who think that all they have to do is open their arms and the government will flood them with resources.

America is about rewarding those who pour every ounce of their blood into their labor. It doesn’t matter if you’re in the “one percent” or don’t own a home. The greatest country in the world was founded on work ethic, and we will only pass this tradition onto future generations if we parent the right way.

Harrison was right to make his kids earn a trophy. The act of “showing up” is not enough in life and it’s not enough in sports. In sports, teammates elevate each other by pushing their competition to the limits.

In American society, let’s do the same.