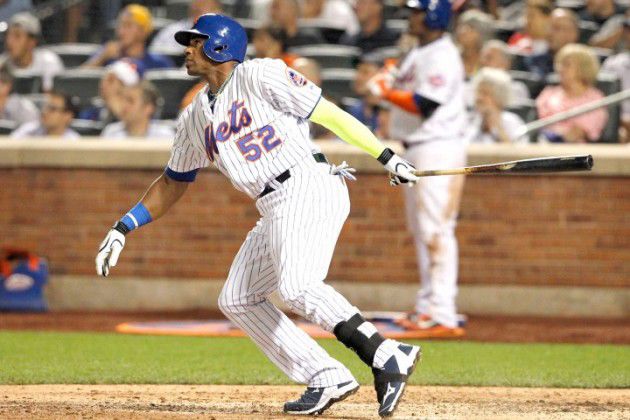 The last time the New York Mets played a postseason game was in October 2006, when the team was eliminated in the National League Championship Series against the eventual-champion St. Louis Cardinals.

Not only was it the last playoff game at the Mets’ former home, Shea Stadium, it was also the game in which Carlos Beltran infamously passed on Adam Wainwright’s down-the-middle curveball to strike out and end the series.

Fast forward nearly nine years later, and the baseball team from Queens finds itself back in postseason position after several years of misery.

As of Friday, the Mets held a 6.5 game lead in the NL East over Washington, a team many fans expected to run away with the division title. If the playoffs were to start today, the Mets would have home field advantage in the divisional round. For a team that is playing meaningful games this late in the season for the first time since Citi Field opened in 2009, the city and its fans have a reason to be excited about the Metropolitans.

When it comes to talking about this Mets team, it starts and ends with the pitching that is second-to-none in the majors. The Mets starting rotation, highlighted by last year’s NL Rookie of the Year Jacob DeGrom, Matt Harvey, and Noah Syndergaard, is becoming arguably the best in all of baseball. Not to mention the fact that Opening Day starter Bartolo Colon now anchors the back of the rotation and two of the Mets’ other promising young pitchers, Steven Matz and Zack Wheeler, are both injured.

Opponents are hitting a league-low .240 against Mets’ pitching this season. New York ranks third in the NL in earned run average, with DeGrom leading the way with a 2.29 ERA that ranks fourth among NL pitchers. Mets’ pitching also ranks third in the NL in fewest earned runs and second in fewest walks allowed. In addition, Mets’ pitching ranks in the top five in strikeouts and innings pitched in the NL. DeGrom also leads the team in strikeouts and wins with 12 so far this season. I guess pitching in a pitcher-friendly park like Citi Field doesn’t hurt either.

Along with great starting pitching, the Mets’ bullpen has been strong throughout the entire season behind closer Jeurys Familia’s 34 saves, which rank fourth in the NL. Acquiring All-Star set-up man Tyler Clippard at the trade deadline from Oakland has helped make New York’s late inning combo nearly unhittable. Between the starting rotation and bullpen, the Mets’ pitching is playoff-caliber.

While pitching has been a strong point for the Mets all season, it has been the emergence of an explosive offense that has ultimately made the difference in the second half of the season. Before the trade deadline, an anemic offensive attack was keeping the team from reaching their full potential and, more importantly, costing the Mets’ starting rotation a few games that they should have won.But at the trade deadline this season, general manager Sandy Alderson silenced the critics and showed that the Mets were in it to win it. Over the last few years, fans and the media have been quick to criticize Alderson for not making big trades or free agent acquisitions to make the Mets any better. That’s part of being in New York, too.

The first move to bolster the offense at the deadline was bringing in veterans Juan Uribe and Kelly Johnson from the Atlanta Braves.  Not only have both provided the Mets with more depth and solid hitting off the bench, but both bring veteran postseason experience to a young team with no playoff experience on its resume. Adding Uribe, who has two World Series rings from his time with the Chicago White Sox and San Francisco Giants, is especially hopeful.

But the biggest move to improve the Mets offense was the addition of All-Star outfielder Yoenis Cespedes in a trade with Detroit a mere minutes before the trade deadline passed. Cespedes, now on his fourth team in a year and a free agent to-be this winter, came over to the Mets with a goal of proving himself as one of the best hitting and defensive outfielders in baseball. Since joining the Mets, Cespedes has been nothing short of outstanding at the plate and in the field.

With one of the best pitching staffs in all of baseball and an offense that continues to improve, the New York Mets could become the “Amazin’ Mets” once again come postseason baseball in October.