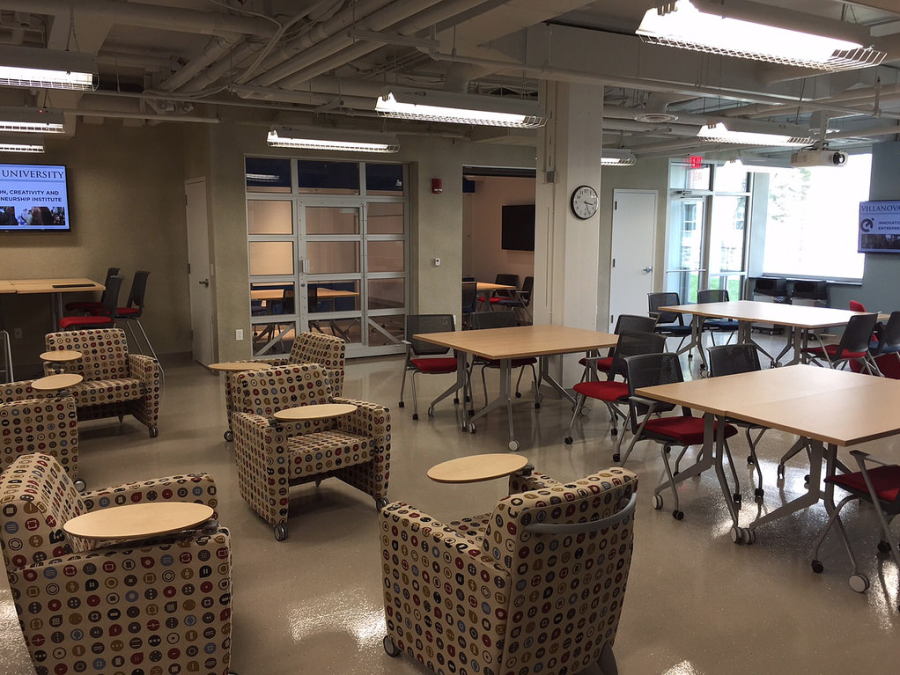 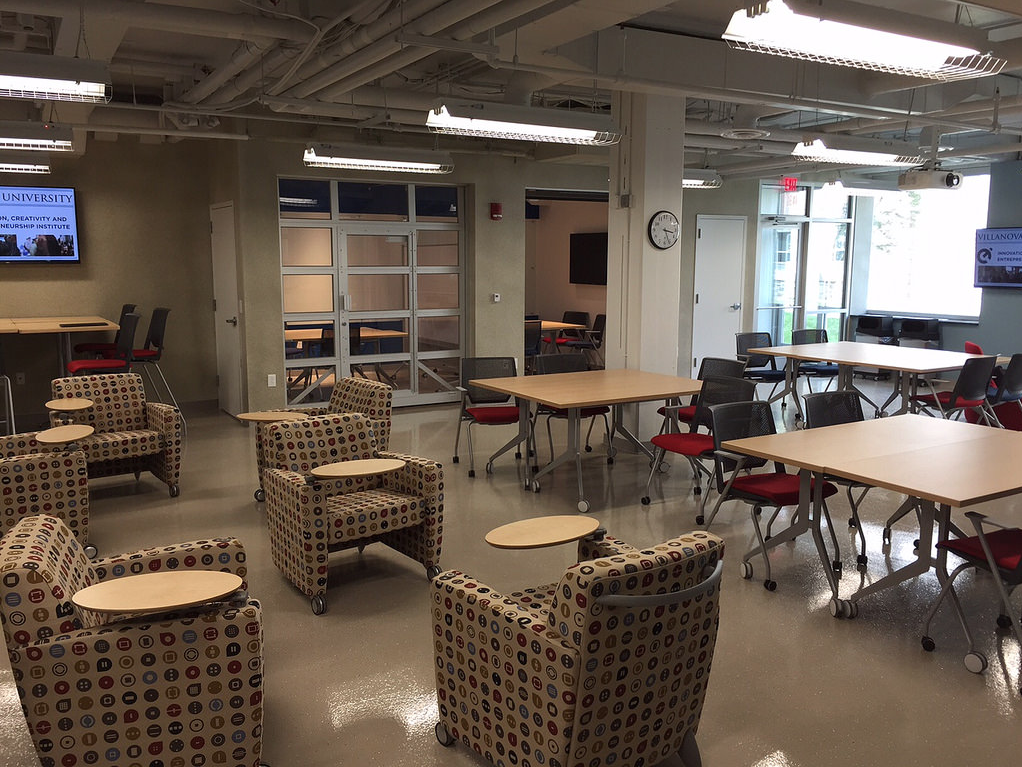 Until this fall, when descending the steps to the basement of Falvey Memorial Library, a gloomy, translucent cellar with windowless classrooms and storage spaces would have greeted you. Now, one of the University’s hidden gems exists there—a brightly lit study space dubbed the Idea Accelerator.

On Wednesday, Oct. 21, the Innovation, Creativity and Entrepreneurship Institute held a grand opening for the Idea Accelerator and welcomed Wayne Kimmel, a successful venture capitalist and philanthropist, as its keynote speaker.

Students, faculty and guests packed the room to form a standing room only crowd. Among those in attendance were the Deans of the Colleges of Liberal Arts and Sciences and Engineering, as well as the CEO of Saxby’s Coffee, Nick Bayer.

Resembling the new glass door laden classrooms in Bartley Hall, the Idea Accelerator has the aura of a space designed for innovation and creativity. In addition to facilitating idea advancement, the ICE staff hopes that the Idea Accelerator will enable inter-college teamwork.

Before welcoming remarks from Provost Patrick Magitti, a brief video highlighting the grandeur of the Idea Accelerator began playing on the main screen, quickly silencing the bustling audience. The introductory video included inspirational words describing the many opportunities that the Idea Accelerator will produce.

It encouraged students to act on “ideas that will change the world” and the room’s atmosphere which will “bring those ideas to life.”

“Students with ideas—or who want to help others with their ideas—need to hang out in the Idea Accelerator,” II Luscri, Executive Director of the ICE Institute, said. “We have mentors, technology, events and space that will help move ideas forward in new and collaborative ways.”

A main theme of Kimmel’s presentation encompassed passion and acting on ideas that others might call crazy, despite the fact that his success as a venture capitalist comes from the tangible results he gets from investing in promising start-up companies.

To emphasize the importance he places on innovation, Kimmel ran an Apple advertisement from the late 1990s that began with a toast to “the crazy ones, the misfits, the rebels, the troublemakers,” those who change the status quo with their unconventional thinking. Kimmel was not insinuating that only daring thinkers invent great things or start booming businesses, but he intended to encourage the audience to denounce impossibility and realize that no idea is too far outside the proverbial box.

Behind Kimmel, as he spoke, was the prompt board—a slate on the wall asking passersby, “What is the best piece of advice you have been given?” Students are encouraged to put their responses, written on post-it notes, on the board. As the individual bits of advice continue to pile up, the prompt board has become an encyclopedia of inspiration for those working and collaborating in the Idea Accelerator.

“ICE and the Idea Accelerator create a culture where Villanovans default to action over inaction—don’t sit in your dorm room or office when you have an idea, come out, talk about it, and let’s move it forward together,” Luscri said. “All ideas are welcome—social ventures, student organizations, mobile apps, products, services—you name it.”

With several separate areas to work, including the Tinkering Lab complete with a three-dimensional printer, the Idea Accelerator includes a number of different ways to accommodate the needs of students. Luscri even put serious thought into the Idea Accelerator’s furniture to maximize its usefulness.

“They say that you’re more creative if you’re closer to the ground, so that’s why we have those chairs,” Project Coordinator and senior Sarah Stankiewicz said. “He [Luscri] asked us our opinions on a lot of stuff, because he really cares about what the students want, because this is all for the students.”

Kimmel discussed how the people behind the companies he invests in are the determining factors in how far the businesses will go. In the same way, the thinkers who resolve to make the most of the Idea Accelerator’s resources will determine its success as a tool for creation.