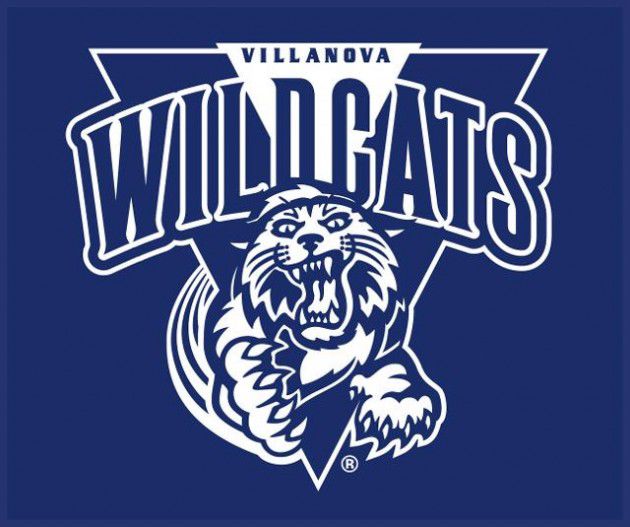 Since the start of the 2012 season, there have been 38 men’s basketball games played at Villanova’s Pavilion. Andrew O’Donnell, a senior criminology major, has attended every single one of them.

His devotion to Villanova basketball stretches beyond the games played on campus. Andrew has also attended every game at the Wells Fargo Center and he and his roommates have paid their own way to watch the Wildcats play at LaSalle, Penn, the 2014 Legends Classic in Brooklyn and the 2014 Big East Tournament at Madison Square Garden. In his time as a student at Villanova, he and his friends have adopted their own tradition of arriving at the Pavilion one hour before every game to secure the same spot in the student section and get ready for tipoff.

The Student Government Association’s Men’s Basketball Lottery is designed to award undergraduate students for this type of dedication. Why, then, did Andrew have to scramble to find someone to transfer him a ticket to Hoops Mania 2015?

Andrew’s personal investment in Villanova Basketball is just one of many examples that are illustrated by undergraduate members of the ’Nova Nation. In fact, it is very possible that there are students who display even more commitment than he does.

On the contrary, there are students that enter the SGA Lottery who have no interest in attending the games. Their sole purpose for registering, if at all, is to win tickets to transfer to their friends that get waitlisted or do not get ticketed. One student, whose name I will choose not to mention, admittedly arrives at the Pavilion long after tipoff and only stays for 15-20 minutes – his only motive is to increase his lottery chances.

To me, it is baffling that these students had the same chances in the first lottery of the 2015-16 season as those who have followed the team the way Andrew and other devoted seniors have over the years. There are some seniors who have never been to a game, yet if they decided to enter the lottery they would have the same chance of winning as people who regularly attend the games.

Although I have not gone to the same lengths to support the team as some of my classmates, I still consider myself a committed fan. As a senior, I felt cheated when the results from the first lottery showed that I was waitlisted for the home opener against Fairleigh Dickinson. My disappointment only worsened when I saw that I was not ticketed for the games against East Tennessee State and Akron. I learned that some of my friends, who had no intentions of attending the games, won tickets for games instead of me. My frustration was shared by a lot of people who found themselves without a ticket for a handful of games in the first lottery set.

Yes, the lottery ultimately does its job over time and the students with the most interest in the team eventually have the highest chance to be ticketed, but there is plenty of room for improvement in the structure of this system.

In the past, students have received bonus lottery points for swiping their Wildcard at different football and women’s basketball games. This year, this opportunity was advertised for Villanova’s home football game against Maine, but multiple students reported that the event staff did not scan Wildcards upon entering Villanova Stadium. Students have bought into this idea in the past, but were frustrated when this advertised incentive was not fulfilled.

A similar system is used at other major basketball schools, like North Carolina, where students’ attendance at select sporting events gives them points in the Carolina Fever program. When basketball season rolls around in Chapel Hill, the top 150 students that sign up for UNC’s lottery are actually given two tickets and are among the first group of people allowed to enter the Tar Heels’ home arena on gameday. There are plenty of opportunities to earn points in this system that span across all sports, not just women’s basketball and football.

The addition of this type of program would benefit the entire landscape of Villanova Athletics. It would lead to more support for other teams such as volleyball, soccer and field hockey as well as increased exposure to the football and women’s basketball team. The key is to have a well-defined system that is consistent and communicates its rewards clearly.

For example, students would enroll in the program and receive a schedule of Villanova sporting events and their corresponding point values. Then a select portion of top point earners could receive higher chances in the lottery or even have the privilege of selecting games to which they would automatically receive a ticket.

Early arrival at games should also be rewarded with extra points in the lottery system. If a Wildcard is scanned an hour before the start of the game, that student should gain more points than one who arrives five minutes ahead of tipoff. Using the existing baseline of 30 lottery points for scanning into a game, the proposed “earlybird” points could be added for students who show up really early. Any points accumulated by students who show up early to games should carry over from year to year as a long-term reward for extended commitment to the team.

Finally, students should have the option to purchase ticket packages. Many schools sell season tickets for home football games. If a student is willing to pay for a large group of tickets to guarantee their attendance to home games, they should be given that opportunity. This package system could exclude games at the Wells Fargo Center and operate on a “first come, first serve” basis.

These proposed additions to the SGA’s Lottery system would certainly require in-depth planning and consideration of many different variables. Nonetheless, they would give students more control of their chances to get ticketed for home basketball games. With these new processes, students would have no one to blame but themselves for not winning the lottery.