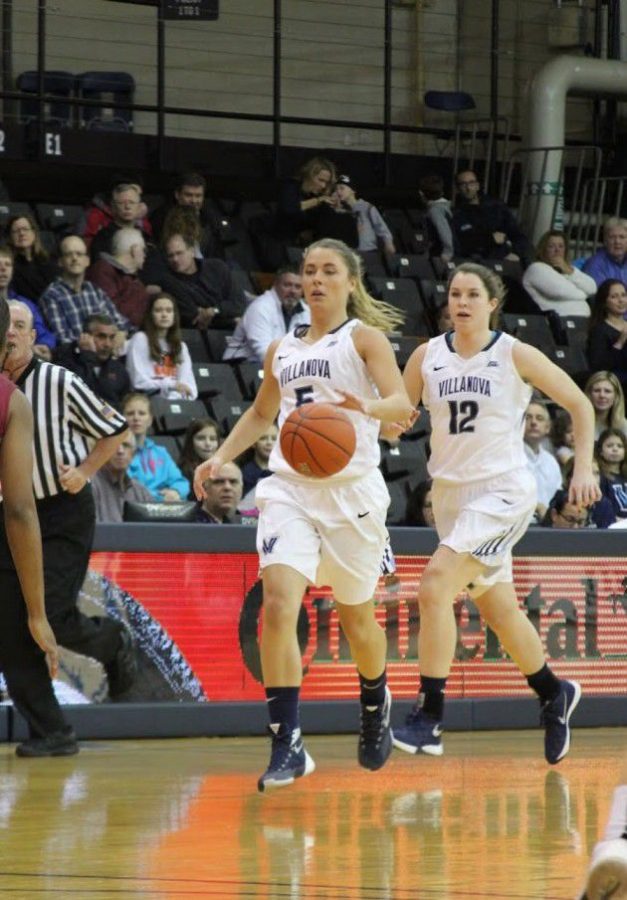 Caroline Coyer has been known to steal the show throughout her entire Villanova career. The senior guard did so again last weekend at the Christmas City Classic in Bethlehem, Pa., helping the Wildcats defeat Drexel and Lehigh and capture the tournament crown.

Coyer, who was named the Most Valuable Player of the tournament, led all scorers in both games. She started her tremendous weekend with 22 points in the Wildcats’ 67-55 victory over Drexel on Saturday. Her eight rebounds were also tied for a team-high with senior forward Kavunaa Edwards.

In Sunday’s championship game against Lehigh, Coyer turned in another superb scoring night by tallying 21 points on 8-of-15 shooting. She hit five 3-pointers on her way to her third 20-point performance in just five regular season games.

Freshman guard Adrianna Hahn gave the Wildcats a look at what awaits them in the coming years with a pair of fantastic games coming off the bench. Although she was not in the starting five at all during the tournament, Hahn was on the court for over 25 minutes in both games. She scored a total of 28 points in two games and was the only freshman to be named to the all-tournament team.

Junior guard Jordan Dillard was the only other Wildcat to score in double figures in both of Villanova’s games. She scored 10 points in each contest and had a pair of 3-pointers in the ’Cats second game.

Dillard finished the tournament with an efficient shooting percentage going 9-of-16 from the field in both games.

Coyer, Hahn, and Dillard were the only three Wildcats to score in double figures in Sunday’s 65-44 victory over Lehigh. By holding the Mountain Hawks to a 29.3 field goal percentage, ’Nova turned in its best defensive performance of the season.

Prior to their matchup with Villanova, the Mountain Hawks were averaging 81.3 points per game and had not scored fewer than 74 points in a game this season.

To compliment its play on the defensive side of the ball, Villanova shot 41.2 percent from the floor.

Lehigh, who defeated Montana on Saturday to earn a trip to the championship game, was undefeated entering their matchup with the Wildcats, but fell to 6-1 after the loss.

Villanova has now won nine of the last 13 in-season tournaments it has played in. Since dropping their season opener on the road to N.C. State, the ’Cats won its last four games including a 55-49 victory over Saint Joseph’s in Big Five play.

The Wildcats will head to Berkeley, Calif. to compete in the Cal Classic. They are scheduled to play Sacramento State on Saturday night and will face either Saint Mary’s or California on Sunday.

Villanova will not play another game in the Pavilion until it hosts Providence on Jan. 3 in its third conference game.

Although it will be a difficult stretch, the next month is pivotal for the Wildcats as they hope for a chance to compete for a Big East Championship and earn a bid to the NCAA tournament in March.