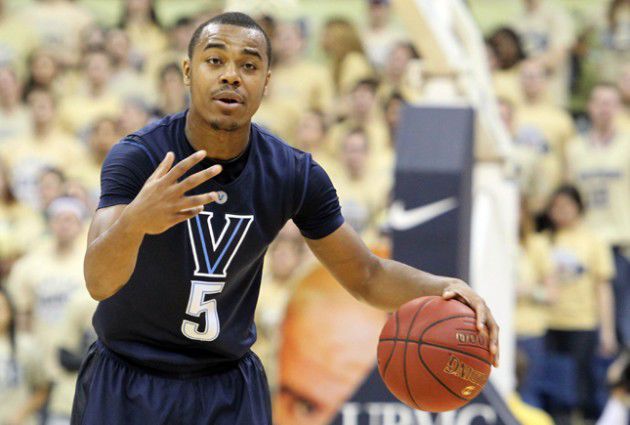 It all began with 10 students in a Communications class with an idea. From there, it evolved into a documentary about 2014 graduate and Villanova star point guard, Tony Chennault, which took 15 weeks to make. On Nov. 24, spectators gathered in the Cinema and saw Tony Chennault’s inspiring story come to life right before their eyes. This documentary; “In Transition: Tony Chennault” was submitted to the Student Academy Awards and placed in the top 33, and the top seven in the documentary category, a truly impressive feat.

Tony Chennault grew up in Philadelphia with his two brothers, Mike and Sean, and his mother Crystal. In the film, Tony talks about how he would be at the basketball courts from seven in the morning until nine or 10 at night. At his age, people were selling drugs at 13, but he was able to escape that reality by spending time on the court instead. Basketball talent ran in Tony’s family; his father was a basketball talent and left the family to play overseas, thus Tony never saw him and did not have a real relationship with him. However, Tony’s older brother, Mike became a major father figure in his life and was a constant supporter for him, making sure he and his brother Sean were not subject to the streets. Chennault went to Neumann-Goretti High School where he earned many athletic honors and led his basketball team. According to his high school coach, he was  hardworking and always wanted the toughest assignment out there on the court. Through all of this, Chennault explains in the film that his mother did not care that he was the best basketball player in the city, she just cared that he was a good kid. In this piece, Tony reflected on how he was the hope for his community, and that not many people make it out of the streets where he is from.

After high school, Tony Chennault moved on to play basketball at Wake Forest University, because he wanted to play for a good ACC team. In the second half of his first game, he broke his foot but continued to play the rest of the season, regardless of this injury. Then, Tony’s mother got sick. As a result, he made the hard decision to relocate to a school closer to his home because he was too far away in North Carolina and was unable to be there for his mother the way he wanted to. Thus, Tony transferred to Villanova and never looked back.

After this move back to the Philadelphia area, tragedy struck the Chennault family. Tony’s older brother Mike was shot on the streets and died. Regarding this heartbreaking experience in his life, Tony said in the documentary, “It was difficult to stay positive when you see bad things happen to good people.” Chennault then approached men’s basketball Head Coach Jay Wright and said he did not want to play basketball anymore because his brother Mike was his passion. Unfortunately after the death of Mike, Tony Chennault also lost his mother. This was the most difficult time in Tony’s life, but he kept fighting through these hardships.

As mentioned in the movie, these were family tragedies that would completely defeat most people but Tony got through them because he was not a quitter and he never gave up.

Chennault graduated from Villanova in 2014 and decided that a career in the NBA was not for him. He knew that basketball had always been in his life and created opportunities for him and letting go of the game that had saved his life would be hard, but he knew in his heart he was meant to do something else with his life.

One of the ending scenes of this film features Chennault spending time with young boys on the basketball court near his home and giving them advice about basketball, and as life. He tells one particular boy to not let basketball define him but to define basketball. The closing scene shows Tony at the tombstones of his mother and brother Michael where he tells them that he will continue his life and strive to the be the best person he can be.

Tony Chennault now works as a motivational speaker with the unique goal of getting the youth of Philadelphia away from the dangers of the streets. He has produced short films and is working on several other projects at the moment.