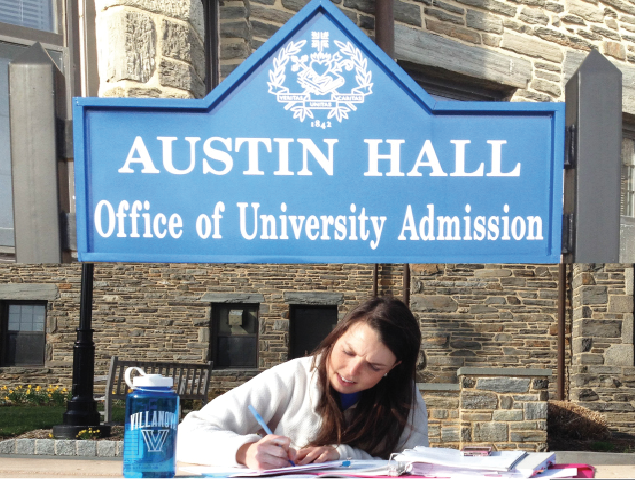 High school hopefuls with Villanova in their sights set a new University record with a total of 17,235 total applications to the class of 2020. With the intention of enrolling 1,670 of those students, Villanova’s acceptance rate will dramatically drop from its previous 48 percent.

At this time, a number of deposits have been received from those candidates who were offered early action acceptance, and the Office of Admissions is working diligently to review the remaining 7,857 applications received for regular decision.

Catherine Connor, Interim Dean of Enrollment Management, explained the demographic shift this year in the applicant pool with regard to geography. “Applications were up 13 percent in the Midwest, 14 percent in the South, and four percent in the middle states,” Connor stated. “Not only have we done outreach to those areas, but there are more younger students in the South and Midwest than there are in the mid-Atlantic and New England regions now.”

This “outreach” refers to the recruiting  efforts of the University’s admissions counselors across the country, working with high school guidance counselors and attending college fairs.

“We find where we have success and where we need to grow,” Connor stated, describing the University’s efforts to compose the most diversified and complete student body possible.

New Jersey applicants represent 21 percent of the pool, larger than the University’s home state of Pennsylvania. Although the majority of applications come from the east coast, 925 applications were received from California (up 6 percent from last year), and 26 from Hawaii. So far Villanova has received no applications from Alaska.

No single college received a significantly larger number of applications than the others, and each individual college’s applications increased at least six percent.

“It’s nice to see all programs go up,” Connor remarked.

Students who applied to the regular decision deadline and students who were deferred from early action will receive their notification of acceptance or rejection sometime between March 22 and April 1. Candidates have until May 1 to make their deposits, a universal deadline across universities.

Last year, approximately $23 million was dedicated to freshman scholarships, both need and merit based. Applications are reviewed on a “needs-blind” basis and Villanova does its best to ensure that tuition costs will not prevent student enrollment. Consecutive past years has seen an increase in endowment, allowing the University to continue closing the gap as tuition increases.

Early Action Candidates Day, which will take place this year on Feb. 13, and Regular Decision Candidates Day, scheduled for April 16, both offer a glimpse of all that Villanova has to offer accepted students. Members of Ambassadors and Blue Key Society work to showcase the many opportunities at Villanova, as well as engage candidates and their families in conversation about their collegiate options.

“All in all I just think it was a fabulous year,” Connor said. “Admissions and the university as a whole has done a great job to bring us to this point. Now there is just a lot of work to do in reading the final applications.”