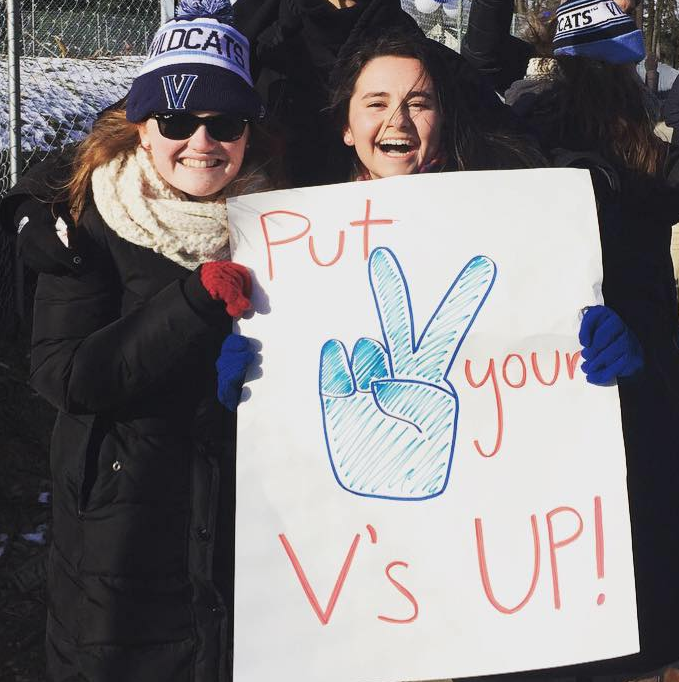 Early Action Candidates’ Day this past weekend presented an opportunity for the University to show prospective students why Villanova should be their home this fall.

High school seniors from all over the country who were accepted to the Class of 2020 came to campus with their families for a day of presentations, student guided tours and open houses within the four academic colleges. Ambassadors, Blue Key and several other student groups were hard at work showing off all the campus has to offer.

Ambassadors and Blue Key members arrived at the Pavilion at 5:30 a.m. to begin setting up for the day’s events. Dining Services arrived shortly after, at 6 a.m. to begin preparations for breakfast. At 10 a.m. accepted students and their families were led into the Pavilion amidst a sea of enthusiastic Blue Key and Ambassadors members. The energy did not wane as potential Wildcats and their family members registered and were seated with their respective academic colleges.

Despite the frigid temperatures, prospective students and their families could be seen all throughout campus, viewing dorm rooms on South Campus or touring academic buildings.

More than 1,000 guests also attended the men’s basketball game later that night and watched the Wildcats cruise to victory over St. John’s at the Wells Fargo Center in Philadelphia.

Students and prospective students also took to social media with the hashtag #nova2020, posting pictures and tweeting their experiences.

”For Saturday’s Early Action Candidates’ Day, we had 970 admitted students attend which compares to about 800 last year and was our largest Early Action Candidates’ Day ever,” said an admission representative. “To assist with all of those visitors, approximately 400 student volunteers in Villanova Ambassadors and the Blue Key Society were involved.”

“I really like the strong community service aspect of Villanova, and I also particularly like the community feeling, beautiful buildings and the size of the school,” said high school senior, Emily Scott, who was accepted early into the University Honors program.

Overall the weekend was a success, showcasing all that the ‘Nova Nation has to offer. High school seniors have until May 1 to make their final decision about which college to attend. Hopefully the efforts of students, staff and faculty this weekend will be met by the return of prospective Wildcats.