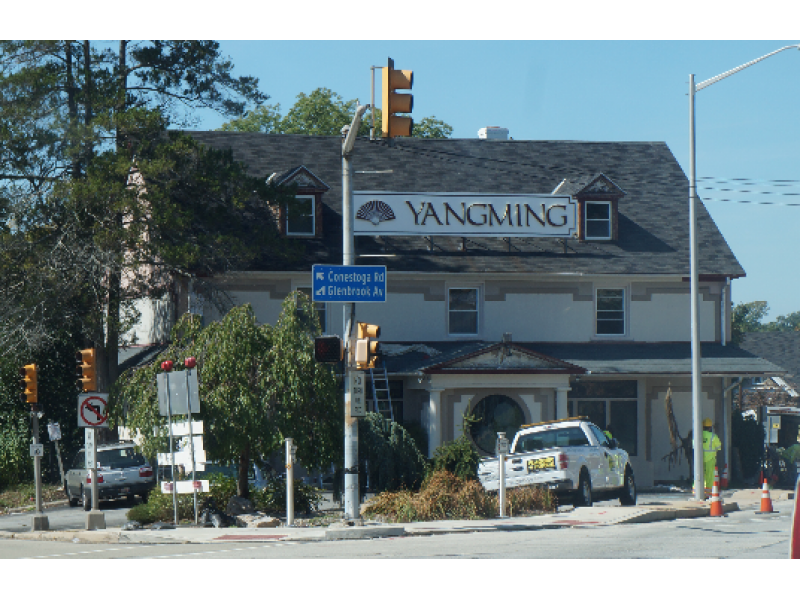 Despite the recent health inspection that shut down the nationally renowned Chinese restaurant Yangming, not a seat was to be had for the grand reopening. How could the restaurant regain the trust of the Main Line so quickly? It did not make sense to me, even though you were essentially guaranteed a “clean” meal. Roaches in the basement, sewer pipes dripping on food, dirty plates and rat traps decorated the list of atrocities found within. Entrees had even been served with roaches in them. I do not know too many customers that would be so fond of a restaurant that held itself in such high esteem and let their standards fall way below such expectations.

Therefore, I went back (a couple months after reopening) against my reservations to sample three traditional Chinese dishes: General Tso’s Chicken, Pork Fried Rice, and Vegetable Lo Mein. I have never had a worse experience in my life.

The pork fried rice was not only bland but unpleasant, consisting of small, thinly sliced pork and miniscule grains of rice.  In comparison to others, Yangming seemed to have served undercooked rice, emulating a reheated texture that one encounters after a few radioactive minutes in a microwave.  Next, I sampled a personal favorite, General Tso’s Chicken. However, it left my both my stomach and my appetite unfulfilled.  Hardly a favorite anymore, the chicken appeared to possess a peculiar, pinkish coloration with an obsessive application of sauce that drowned the chicken morsels.  The traditional Vegetable Lo Mein reigned supreme of the three (not a hard task by any means).  The noodles, although cooked suitably in comparison to the rice, did not have the expected bang of flavor that one preconceives when eating Chinese food. Plastic would be the best comparison for this dish.

Despite over one month of adjusting to code, Yangming will never return to the pedestal upon which it once stood. Maybe the health inspection ruined the enchantment we all once had with this restaurant. My advice: walk across the street and support Ho Choi. You won’t be disappointed with the timeliness and quality. A little over- priced, but they adhere to health code.