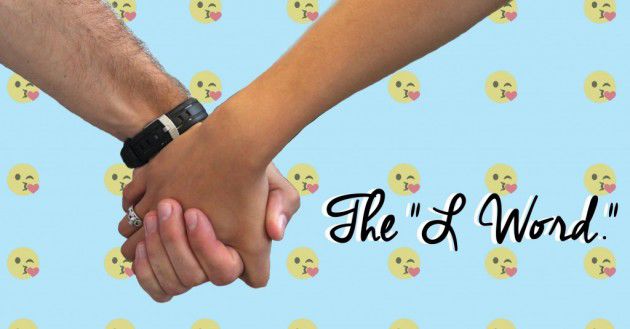 Last March, I found myself willfully and volitionally attending a viewing party for the finale of the twentieth season of “The Bachelor,” or what some are calling the “End of Culture.” For those of you who were unable to attend, I can summarize the evening as myself and a Cyber Lounge full of other bright young women and a handful of men spending hours yelling at figures on a television as they attempted to navigate the ins and outs of love. The emptiness that accompanies the ending of a television show can be unbearable, but lucky for us, as we said “Mazel tov” to Ben and Lauren, Villanova’s #BachelorNation was able get its fix from watching classmates attempt to tackle the reality that is Villanova courting rituals.

Villanova success story Carrie Coppola McNamara ’88 and Michael McNamara ’87 have been married for 24 years. “The first Sunday of my freshman year, Michael asked me to go to Mass with him,” she says. “Seven years after our first date, he proposed to me in the Villanova Chapel.” Thirty-two years and five kids later, they still credit Villanova for providing the foundation of their relationship. Most of Carrie’s friends who were dating during their college years also found themselves tying the knot after graduation. But while many on campus might aspire to a love story like the McNamara’s, Carrie admits that today, things are a bit different. “You guys have a completely different take on hooking up than we did,” she says. “Today, it’s ‘friends by day.’ By day, we were still a couple.”

While McNamara’s understanding of millennial relationship style does hit the mark with accuracy (a 2014 Gallup poll found 64 percent of 18 to 29-year-olds reported being single, up 12 percent from 2004), it’s hard to say if the national trend reflects onto Villanova’s campus. Katie Heroux ’18 believes at least half the Villanova population is in some sort of relationship, and a serious one at that. “I think people here are obsessed with relationships,” she says. However, despite having had her wedding planned since she was six, Heroux does not see herself in a committed relationship anytime soon. “My dad always makes fun of me,” Heroux says. “He says that I need a boyfriend before I can plan my wedding, but that is so false.” Heroux doesn’t see herself getting married before 30, and credits her career as distracting her from pursuing a long term relationship. “I think it’ll happen when it happens,” she says. “I’m not looking for it.”

Though not reflected in her personal ideology, Heroux has seen signs of Villanova marriage culture since day one. On her first campus tour during Accepted Students’ Day, she says, “on the Corr steps. . . they told us the story about how if you kiss there and it’s your first kiss, you’re going to get married.” While she admits she didn’t think about it too much, her dad, “really enjoyed it and tried to get the first boy he saw to kiss me.”

Recent graduate Kathryn Siegeltuch also remembers hearing legends of the spellbinding effects of Corr Hall. “I remember laughing and being like, ‘no way,’ but, walking across campus, you do always see a wedding.” She’s not that far off either. In 2014, Patty Greenhalgh, the Wedding Director of the St. Thomas of Villanova Parish, reported to The Villanovan that the church can sometimes host 80 weddings a year, with couples sometimes booking 18 months in advance. “I think we are subjected to the subliminal messages,” Siegeltuch says. “I don’t know if it exerts pressure, but it definitely exists in the backs of people’s minds.”

Siegeltuch met fellow graduate Bobby Rippe through APO and started dating him junior year. Their story is equal parts romance and comedy. After dismissing a mutual friend’s inquiry as to the status of their relationship, Siegeltuch says she could, “sense that Bobby’s heart had broken into a million pieces,” and was determined not to let him believe that was how she really felt. “So, on a very uncomfortable walk from Bartley back to West Campus, I nervously and incoherently told him how I felt about him,” Siegeltuch says. “And we’ve been dating since.”

Siegeltuch says her Villanova friends are equally divided between those pursuing long-term, serious relationships and those who aren’t. She also imparted some wisdom on behalf of Rippe saying, “Relationships should be something you want to do to share the experience with someone. Don’t force yourself into something you don’t want to be in. If it enhances your experience, go for it.” This caution echoes McNamara’s views on pursuing relationships in college. “You don’t know, when you’re 18, what kind of man or woman [your significant other] is going to turn out to be,” she says.

Three female, heteronormative perspectives by no means can provide a comprehensive understanding of campus courting, but I do believe that their experiences are indicative of what its like to be immersed in a Catholic and community-driven culture like Villanova. And while I laud the Villanova community for celebrating the more virtuous aspects of marriage like love and commitment, I can also testify to the sometimes stifling nature of the pressures this culture cultivates.