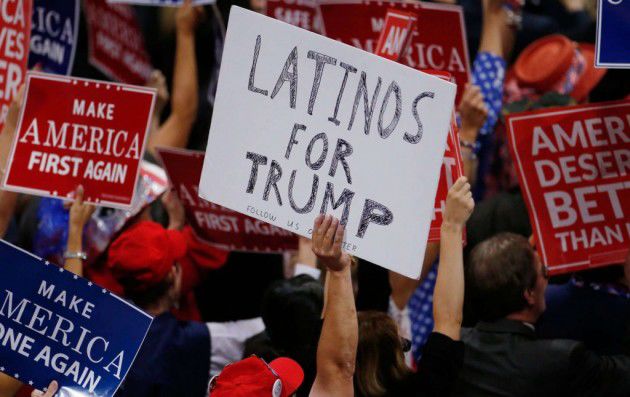 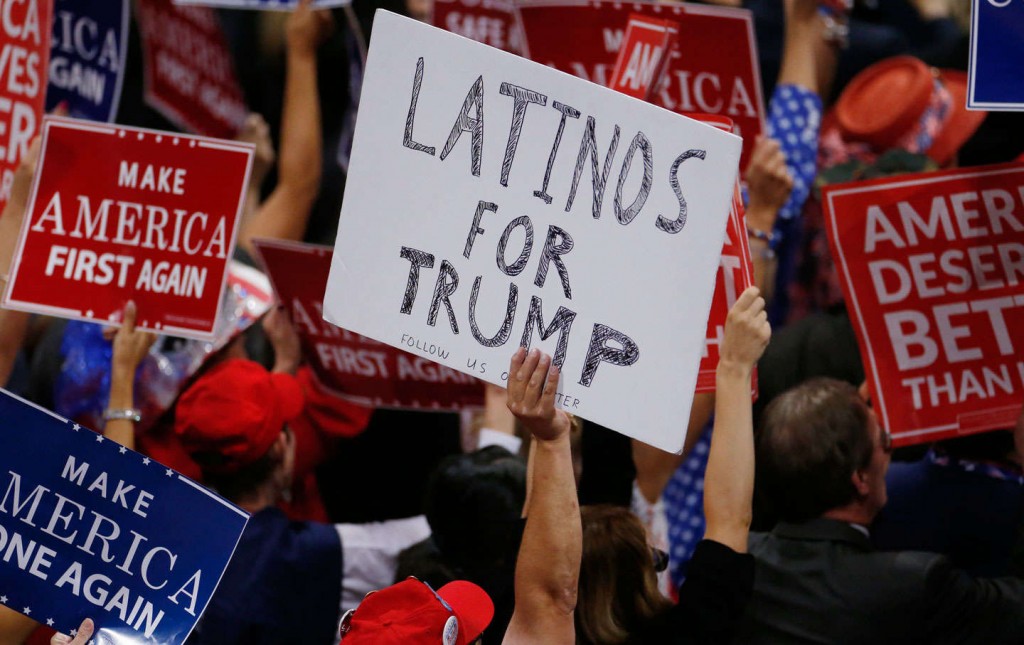 In the midst of one of the most gruesome general elections our country has seen, this is a new time for the Trump campaign. It has shifted some of its usual antics and has set a particularly lofty goal for itself. Donald J. Trump is claiming that he will champion the vote of Latinos and African-Americans nationwide. While poll numbers wholly show that this is a nearly impossible task, let us assume that this is actually feasible for Trump. I have some invaluable advice the Trump campaign should consider employing if it truly hopes to attain this goal.

Considering what we know about minority groups’ political participation, his appeal to Latinos and African-Americans is of particular interest. A strong turnout by these groups in favor of Trump could propel him to the presidency. So first, let’s talk about immigration reform. This is a salient issue for the Latino community—and his hard line stance has not been received well. His rhetoric regarding a “deportation force” would cost taxpayers hundreds of billions of dollars and tear families apart on a seismic scale. The demonization of illegal immigrants and outsiders is sown in years of GOP scapegoating. Trump continues to peddle the narrative that our economic hardships are the result of an inclusive immigration policy. It is why Latino citizens’ votes have not historically turned out well for Republican candidates. What the Trump campaign has done now is force many Latinos (yes, legal ones, too) to question if they should be scared of their families being ripped apart or condemned by their fellow citizens. Instead, I would recommend a stance that favors potential amnesty for peaceful, working citizens and utilizes immigrants and the economic opportunity they represent.

Another illusion Trump has created is that his great wall will keep out criminals and people who intend to do harm to our society. The anecdotal evidence of immigrants, legal or illegal, committing heinous crimes is all the Trump campaign needs to conclude the correlation between immigrants and violence. Not that the Trump campaign would ever do this, but if one researches the numbers, native citizens are much more likely to be violent than immigrants. By painting these people broadly as ardent criminals, Trump fails to see how this issue is about people escaping violence and persecution in the hope for a better life—the central idea that our country was founded on.

Efforts to win the black vote could use some work as well. Just in case the opportunity arises again, you should never yell “Look at my African-American!” when you want everyone to see the one black guy at your rally. Beyond that, Trump’s message to African-American voters is that we have a serious crime problem and more law enforcement is the key to solving it.

This is problematic and eerily similar to the 20th century “War on Crime” that continues to disproportionately affect the black community. Their white counterparts are doing drugs and committing crime at the same rates while having a considerably less strenuous experience under the criminal justice system. A resounding effort to enforce crime more brutally misses the root of the problem by a mile. Trump should be in favor of ameliorating our ailing criminal justice system, instituting restorative justice and ending mass incarceration. Instead, in the same breath, he praises police while saying he will bring back law and order because our laws are not enforced. As far as policing, we must shift the culture of police work to ‘community minded’ patrol where there is a mutual trust between law enforcement and the citizenry. We have seen effective examples of this all around the country and it has proven to work.

To make matters worse, Trump can’t deny his association with white supremacists. Trump, his family and the campaign have tangible connections with known KKK members on outlets like Twitter. Perhaps worse, when Jake Tapper asked if Trump would disavow support from a KKK Grand Wizard, Trump gave an astounding deflection that left most scratching their head.

In reality, I do not foresee a major shift in tone. I do not anticipate his stances softening or becoming more supported by the facts. And I certainly do not expect the power of minority voter turnout being in Trump’s favor the way it so fantastically was for Barack Obama. I do not know what Trump’s path to victory is, but Make America Great Again is not going to work as his minority outreach ramps up. I truly think most can see past the blanket statements and phony outreach efforts to see the campaign for what it is truly about: “Make America White Again.”