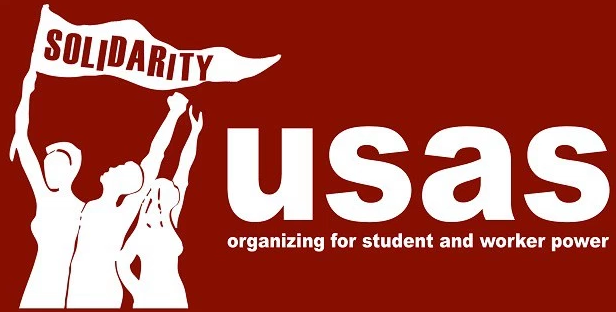 Villanovans Against Sweatshops is a chapter of the United Students Against Sweatshops organization, found on over 150 campuses nationwide.  The objective of VAS is to hold multinational companies—notably those which supply collegiate apparel—accountable for the rights and dignity of their workers.  Currently, the practices of the market-dominating, multibillion-dollar corporation Nike are most concerning to the group.

Nike was under intense pressure to reform its production practices in the 1990s after public outrage regarding sweatshop scandals.  However, now the multinational corporation’s labor operations are back in the spotlight.  Since October 2015, Nike has consistently refused to facilitate the Worker Rights Consortium—an independent labor rights watchdog—to enter its Hansae factory in Vietnam.  Though the facility is not directly owned by Nike, it produces university-licensed goods for the company.  Professor John-Paul Schultz, the faculty advisor for VAS stated, “It is not really clear why Nike is doing this, but it is extremely suspicious that there are labor issues going on.”

Despite being restricted access, the WRC has conducted offsite interviews with a substantial number of Hansae employees. According to its assessment, “these interviews have yielded sufficient evidence to reach firm findings with respect to some labor rights issues at the factory.”

Based on reliable, mutually corroborated testimony from workers gathered in the WRC review, “The WRC has identified numerous violations of both university labor codes and Vietnamese labor law at Hansae Vietnam.”  A few of these referenced infringements include verbal harassment, denial of legitimate sick leave, forced overtime and refusal of breaks—including water breaks.  In the words of Professor Schultz, these practices are the result of a “race to the bottom” in which profits are placed before the wellbeing of workers.

While standing in solidarity with the workers of Nike, VAS recognizes the unique leverage that the University has over the corporation due to massive apparel contracts.   Professor Schultz identifies this and stated, “We are their advertising.”  After winning the NCAA Basketball Championship while wearing the globally recognizable swoosh, the ties between the University and Nike seem to be at its pinnacle. It is the goal of VAS to pressure Nike to give their workers a living wage and the dignity which they have an intrinsic right to.  Yvonne Nguyen, a sophomore member of VAS, stated, “Villanovans Against Sweatshops wants [the University] to make sure Nike is held to the same code of ethics since they make apparel for us.”

On October 20 of this year, in response to Nike’s actions, VAS sent its second letter to Rev. Peter M. Donohue, Ph.D, O.S.A. regarding the University’s relationship with Nike.  In this correspondence, the group had proposed “to create a plan with [Father Peter’s] support to hold the [University] accountable for honoring its Augustinian values and stand with garment workers.”

Responding to the group’s concerns, Father Peter has written a letter to Nike requesting more information and has received multiple replies.  Furthermore, Father Peter has discussed the situation at length with Dr. DeGioia, Georgetown’s President and a board member for the WRC.  At the moment, the WRC and Nike are reportedly at a critical junction, so the University is waiting to hear back before moving forward.  However, Donohue has reassured Villanovans Against Sweatshops that Nike is fully aware of where the University stands on the situation.