Social Media has an impact on voters in various ways 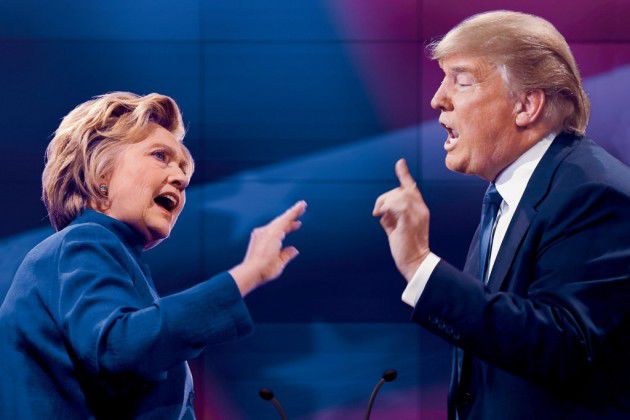 The arrival of Nov. 8 was accompanied by a choice for voting Americans, made more difficult by the polarizing nature of this election cycle. It is traditional for the American electorate to be considered bimodal with a little overlap between the voters of the two modes. This overlap is usually attributed voters who consider themselves independent.

These independent voters are becoming more instrumental in deciding the outcome of recent elections. According to Gallup, Inc. the percentage of American voters who identified as independent peaked at 43 percent in 2014 and has fallen to 42 percent in 2015.

In the same poll 45 percent of American voters viewed themselves as left- leaning (29 percent true left) and 42 percent as right leaning (26 percent true right), leaving 13 percent as truly independent voters. This number is up from 2014 when there were 11 percent of American voters who viewed themselves as truly independent, this increase accounts for roughly 3 million voters.

This increase in the number of voters who view themselves as independent can be  explained by the polarization of the electorate of the two parties. The amount of negative advertisements and news coverage of each primary candidate has driven the two parties’ electorates further apart, removing the overlap between the two.

Surprisingly, according to the research of communications professor Dr. Thomas Ksiazek, Ph.D., “suggests that there is not a change in the news viewing habits of Americans.”

According to Ksiazek, selective exposure is a social phenomenon surrounding how people choose information that is close to their existing views and attitudes. This information has become more specialized and brings more options to be exposed to news with a political slant. Information that people agree with only offer a small portion of the information diet.

Because of how much false information trends, people look to more neutral sources and even negative sources to validate other news sources. People use this variation in sources of their information diet to create a bubble around themselves.

When creating an information bubble, trends indicate that people do not actively avoid news of a different slant but rather use it to create a more diverse diet of news.

This information indicates that the news cannot have a direct correlation to the increasing number of people drifting toward the poles. Rather, the sheer volume of news can have an effect on the strengthening of the extremes within the two parties.

Dr. John Johannes, a professor of American Government at the University suggests that the bimodal view of the electorate has a tendency for voters to be on either side of the extremes.

Social media outlets develop algorithms that push information into the forefront that can advocate a certain candidate or viewpoint without actually being news, according to Johannes.

Newsfeeds on Facebook are covered with click bait that boast incredulous titles that appear to be real news. Isolated voices that are independent of the parties they represent are now more prevalent than ever in the changing political landscape. These voices push the extremes of each political party deeper into each polarized edge.

Independent voting numbers have not decreased, however, despite the increasingly prevalent negative opinion of the two major candidates. The negative information does offers an increase in voting and also moves the regular media’s tendencies to provide information that they do not normally get.

To some researchers the negative media not only drives independent voters to make a choice but allows them access to information that they not only have to validate but would not previously have had access to.

The widening gap between political parties presents a unique conundrum in the current political landscape. It is becoming more difficult for the independent voter to choose a candidate but it is also creating more informed voters.

Although the increased polarization of the electorate can be viewed as a negative what it does offer through more informed voting is a higher competency of the American voter.

The divide created is pushing Americans back to the early 19th century in terms of political divide, but is bringing issues to light when working to appeal to the independent voter.