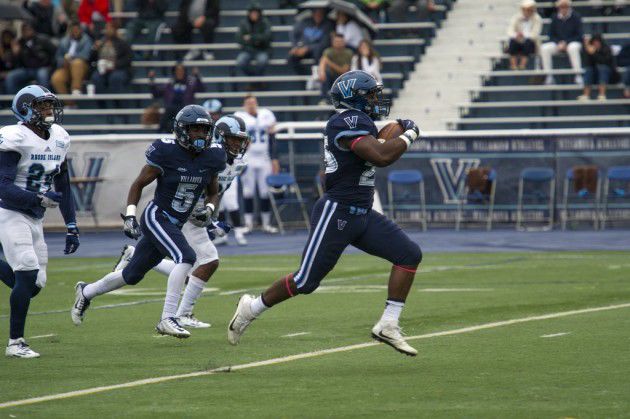 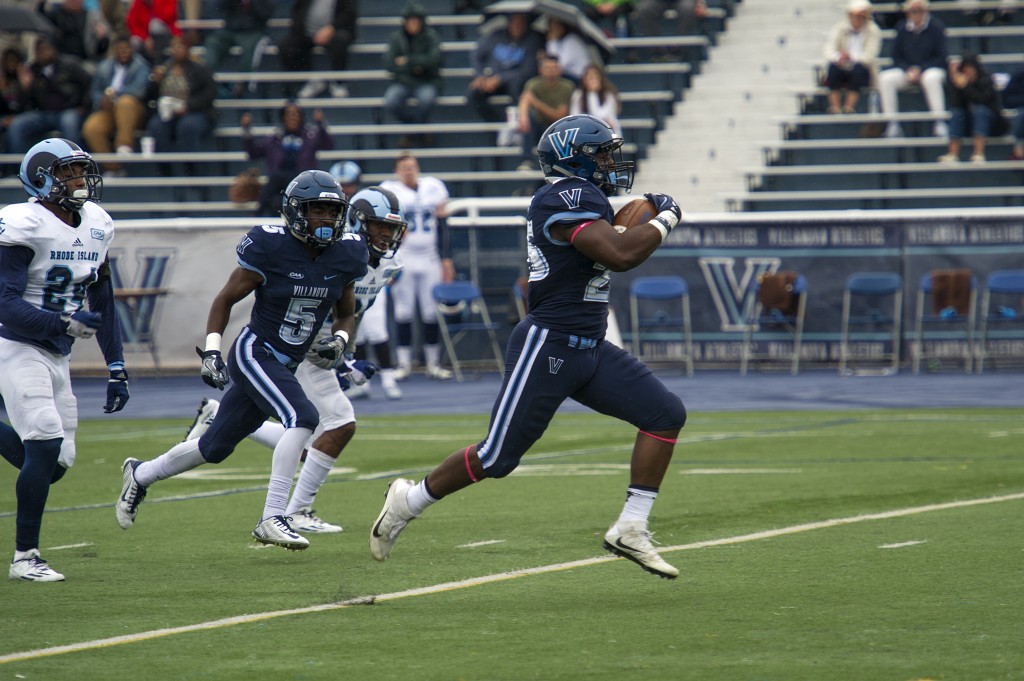 It’s Saturday afternoon, minutes before kickoff. Some players are in an intense focus before they take the field. Others study the playbook, going over the game plan one last time.

As for Aaron Forbes, he’s doing the complete opposite. Instead, he is trying to loosen everyone up.

“I’m not going to be the guy before a game who is going to be sitting there, thinking about what I need to do,” Forbes said. “I’m the guy who’s dancing around, cracking jokes.”

For a young man who worked hard to get to where he is, it’s Forbes’ personality that ignites the Wildcats’ morale in a different way. Growing up in the suburbs of New York, Forbes started to develop his passion for football at 10 years old. Though he also earned his black belt in Karate, Forbes decided to focus all of his efforts on football.

“When I was in the seventh or eighth grade, a boarding school in Massachusetts was looking for me to attend their high school to play football,” Forbes said. “They were sending their kids to play at Boston College, so from there, I started looking up what a full scholarship was.”

From that moment on, he realized that football could take him places and help him reach success for the rest of his life.

“Once I got to high school, it was a reality check,” Forbes said. “Seeing all the fights in schools, you really knew how to grow up and that’s how you develop your toughness.”

With a tough attitude entering high school, Forbes’ vision of playing football at the next level became more realistic when he was a freshman. Two defensive players on his team received a scholarship from University of Connecticut and Pitt and a freshman running back, like himself, received an offer from Syracuse.

Through hard work and determination, he saw his success pay off by his senior year of high school. He rushed for a school record of 29 touchdowns, 1,600 yards and received numerous awards, the most memorable being his First Team All Metro recognition.

When it came down to his college decision, there was a handful of schools offering him a scholarship. He received offers from Lafayette, Villanova, New Hampshire and West Point. His parents were proud that all of his hard work was paying off.

“They always told me I was going to be something special, from when I was a little kid,” Forbes said on his support from his parents.

As national signing day approached, Forbes narrowed it down to West Point and Villanova, ultimately deciding to call the Main Line home.

“I liked the academics of the institution, and that they played good football,” Forbes said of Villanova. “They had the major I wanted (accounting) and the reputation of the business school.”

One attribute that stood out about Villanova football was the brotherhood he felt amongst the players.

“When I was on the official visit I was comfortable with the players,” Forbes said. “It felt like the place I wanted to be in. I felt like I could vibe with those guys. The more comfortable I am as a player, the better I do. On top of all that, everyone felt like family.”

But the main reason why Forbes chose Villanova can be expressed in two words: Andy Talley.

“You hear people talk about him, but you have to meet him in person to get the feel of how he is,” Forbes said of Talley. “You feel at home with him. That’s what really drove me towards Villanova.”

During his freshman season at Villanova, Forbes played in seven games with 25 carries for 109 yards and a touchdown. After gaining a year of experience playing college football, he knew that he needed to improve in the offseason.

While Forbes focused on losing weight during his time off, he also placed emphasis on the intangibles—namely, confidence.

“Last year I played a little scared and didn’t know what I was getting into,” Forbes said. “Now I’m playing more calm, confident, and comfortable and I understand more of what’s going on with the offensive side of the ball. I get to play my own game.”

That confidence has certainly shown. Forbes has 600 rushing yards, averaging 7.6 yards a carry, and has seven touchdowns

“He’s been coming on as a running back,” Talley said of Forbes. “He’s a game breaker as well as an in-between the tackles runner. We really like his skill set.”

At times he compares Forbes to ‘Nova alumus and All-Pro Eagles running back, Brian Westbrook. While Coach Talley bestows what some might consider the ultimate compliment, Forbes can not talk highly enough about the future Hall of Fame coach.

“He’s like the Godfather of Villanova to me,” Forbes said of Talley. “He’s been here for so long and I feel that when you think of Villanova, you should think of Coach Talley.”

While Forbes is having a stellar sophomore season, including CAA Offensive Player of the Week against Albany, the team goal is still in sight: to win the National Championship.

“Every team wants to get to the national championship, but it’s different when your team can actually go there and win it,” Forbes said.

Off the field, he wants to set an example for his family, especially his ten-year-old sister.

“I’m her role model, and I do everything for her,” Forbes said. “I want to succeed for her, provide for her, and give her whatever she needs. By being a good role model, I want to set the standard that she can do anything she sets her mind to.”

With all the success of Forbes and the ‘Cats this season, it is safe to say that he is setting the perfect example as a student athlete in the Villanova community. With an emphasis on academics, family and faith, it is easy to say that Forbes is following the values of Villanova prides itself upon.

While exemplifying himself as a well-rounded individual, he knows when it’s time to be funny and time to be serious. “Once I get on the field and touch the ball, it’s all business,” Forbes said.

Hopefully this business will lead the Wildcats to their ultimate goal, a National Championship.