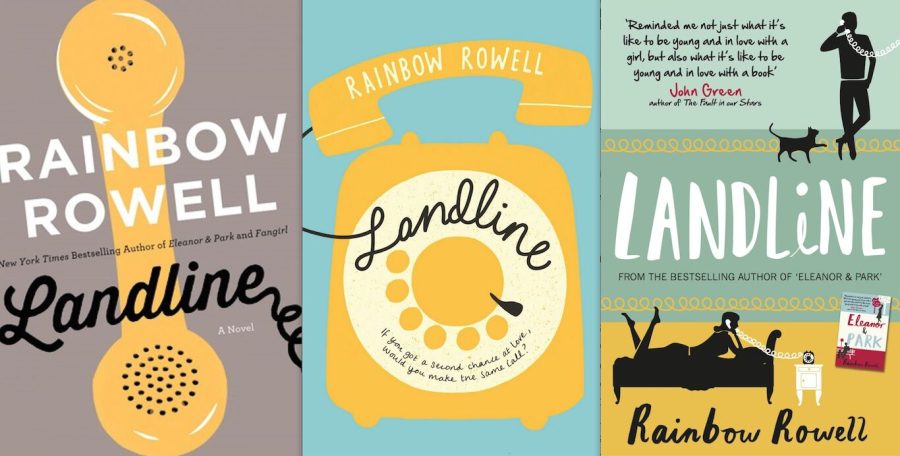 Landline is one of Rowell’s most famous novels.

Everyone knows the Holiday classic books like Charles Dickens’ “A Christmas Carol” or Dr. Seuss’ “How the Grinch Stole Christmas,” but for those book lovers who want to pick up a modern Christmas novel, Rainbow Rowell’s “Landline” is for you.

Rainbow Rowell is the acclaimed author of books such as “Eleanor and Park,” “Fangirl” and “Carry On.” She even has experience in the Marvel Universe as the writer of the updated “Runaways.” Though published in 2014, “Landline” is the perfect Holiday read, for after finals week of course. As winner of Goodreads Choice Best Fiction Novel in 2014, the book has won high praise from readers and critics alike.

Classified as a sci-fi novel, “Landline” focuses on the main character Georgie McCool who discovers she can contact her husband, not in the present-day, but when he was 22. Although it reads primarily as a fiction novel, the small addition of science fiction makes “Landline” stand out from other Christmas novels.

When Georgie discovers that she and her writing partner/best friend Seth are on the track of potentially getting the sitcom they have been writing since college to television, she decides she must stay home for Christmas. Every year Georgie, her husband Neal and their two young daughters take the trek from Los Angeles to Omaha, Nebraska to spend the holiday with Neal’s family. After a heated discussion, Neal and the girls head to Nebraska, leaving Georgie alone in California.

Georgie, unsure of where she now stands in her marriage, retreats to her college self where she spends copious amounts of time with her unique mother and, of course, Seth. Neal refuses to pick up Georgie’s dozens of calls while he is away for Christmas, sending Georgie into a spiral. Trying to find any way to contact him, Georgie remembers the landline phone she has in her childhood bedroom and dials Neal’s home phone number.

The twist of the novel comes when Neal picks up, but as a senior in college. Georgie is transported to the period of time when Neal and she were on a break from their relationship right around Christmas time when they were 22.

Taking this ability to talk to young Neal as a sign, Georgie wonders whether or not she is supposed to make Neal stay in Nebraska, instead of coming back to win Georgie over all those years ago.

While “Landline” is not Rowell’s most acclaimed or complex novel, it is a fast and easy read that is sure to entertain. Filled with characters with insane idiosyncrasies and bizarre minor storylines, it includes something for everyone. Sometimes you may want to scream at Georgie for her poor decisions or you might absolutely hate Neal, but despite this, Rowell’s magical touch is ever-so present in this unique holiday story.

Rather than listening to Justin Bieber’s holiday album or watching Elf, you can try picking up “Landline”  to get into the holiday spirit or maybe get a head start on your New Year’s resolution of reading more.