University Welcomes New Board of Trustees 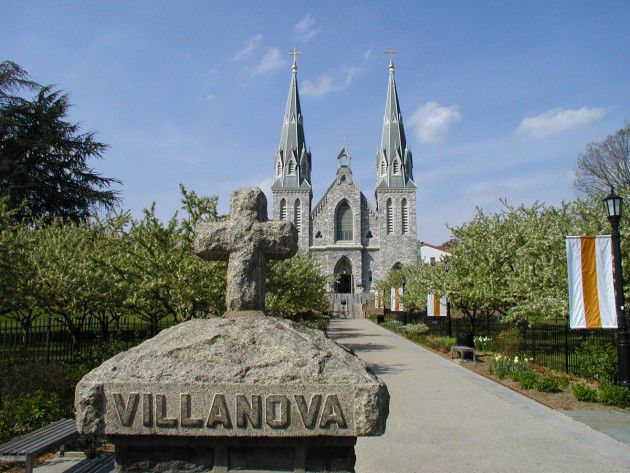 As our nation inaugurated its new president, Villanova has also ushered in new leadership, but to its Board of Trustees.  Paul A. Tufano, Esq. has served as chair of the Board of Trustees since 2015 and is now being succeeded by Joseph V. Topper Jr. ’77 VSB, former president and CEO of Cross America Partners LLP. As announced by the University, new appointees also include Justin G. Gmelich ’90 VSB, Global Head of Credit Trading at The Goldman Sachs Group, Inc., to the position of vice chair, and Nance K. Dicciani, co-founder and CEO of RTM Vital Signs, LLC, as secretary.

“Joe is a longstanding, dedicated member of the Villanova community who has been involved with the University in a number of ways, first as a student and alumnus, then as a parent and trustee,” University President Rev. Peter Donohue, O.S.A said.

Topper remained a familiar face on campus, serving as a member of Villanova’s Board of Trustees since 2010 and vice chair of the board from 2015 until being named chair in 2017. Topper has additional leadership experience because he is currently president and a trustee for The Topper Foundation, a private foundation established in 2004. The foundation focuses on education, human services and religious and community organizations in Allentown and surrounding areas in Pennsylvania. Additionally, Topper is a board member and past board chair of PBS39 and served on the board of Good Shepherd Rehabilitation Hospital for 19 years.

Donohue further remarks that Topper’s “intimate knowledge of the many aspects of the Villanova experience, coupled with a deep and enduring commitment to our University mission, will serve the board well as he takes on this new role. I look forward to working with Joe to build on Villanova’s recent successes and realize our ambitious goals for the future.”

Newly appointed vice chair of the board Justin G. Gmelich ’90 VSB is the global head of Credit Trading at The Goldman Sachs Group, Inc. According to the University, in 2012, Gmelich was head of the U.S. Credit Trading and U.S. Mortgage Trading departments. Earlier, Gmelich joined Goldman Sachs in 1998 where he became managing director in 2002 and partner in 2004. Prior to being with Goldman Sachs, Gmelich was an associate trader at Chase and vice president at Salomon Brothers.

Also a dedicated alumnus to the University, Gmelich has served as a member of the Board of Trustees since 2011.  Currently, he also serves as a trustee of the Edward Hall Gmelich Memorial Scholarship Fund and is a founder and trustee of Trinity Hall.

Gmelich graduated from the Villanova School of Business in 1990 and is a former member of the VSB Dean’s Advisory Council. He went on to earn an MS in Accounting and Taxation from the University of Southern California in 1991 and an MBA in Finance from Columbia University in 1995.

Nance K. Dicciani, PhD, ’69 COE, newly appointed Secretary of the Board of Trustees, is the Founder and CEO of RTM Vital Signs, LLC, a medical device start-up company.  According to the University, from 2001 until 2008, Dicciani was the President and CEO of Honeywell Specialty Materials. She joined Honeywell from Rohm & Haas, where she had held the position of business group executive and director, European Region, Middle East and Africa.  Prior to joining Rohm & Haas, Dr. Dicciani worked for Air Products and Chemicals.

Dicciani serves on the boards of directors of Halliburton, LyondellBasell, Praxair and AgroFresh Solutions, where she serves as non-executive chair. In 2006, she was appointed by President George W. Bush to the President’s Council of Advisors on Science and Technology and she currently serves on the boards of the Universities Research Association in Washington, D.C. and Center for Corporate Governance of Drexel University.

Donohue remarked, “I congratulate Kerry on his appointment and feel extremely fortunate to have him serve on the board, along with other knowledgeable, successful and committed alumni.”

Kittles was later selected in the first round of the 1996 NBA draft by the New Jersey Nets. He finished second on the team in scoring as a rookie in 1996–97, earning All-NBA Rookie second-team recognition. Kittles would go on to play nine seasons in the NBA with the Nets and Los Angeles Clippers. After finishing his NBA career, Kittles returned to Villanova, where he earned his MBA.

Kittles is an assistant men’s basketball coach at Princeton University. Prior to beginning his coaching career, he worked as a consultant for the Brooklyn Nets. Kittles has been a member of the President’s Advisory Council at the University since 2010.