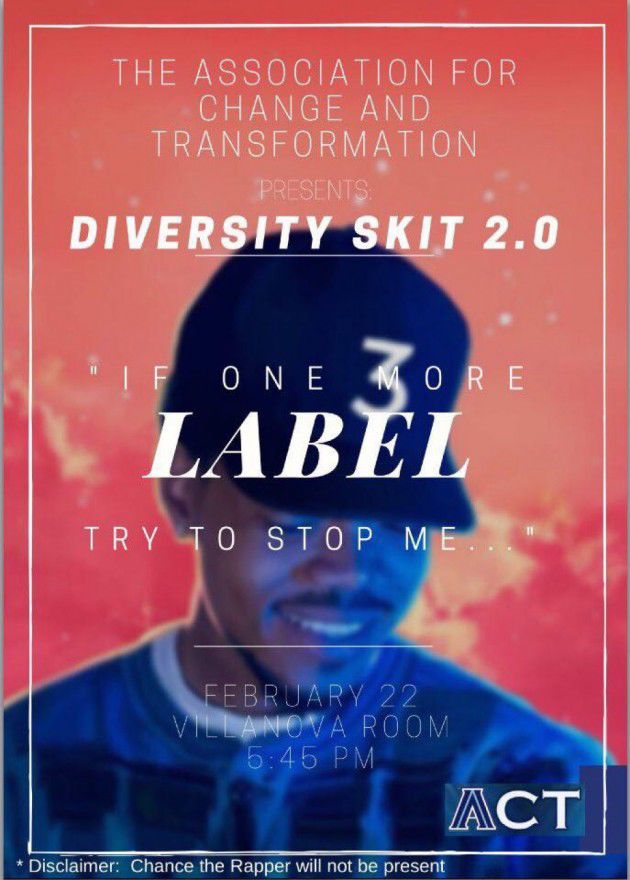 Every Villanova student gets the opportunity to experience the Diversity Skit, organized by the Association for Change and Transformation, as part of freshman orientation. We all remember the performances, the emotional rollercoaster of being outraged or offended or just plain discouraged by audience members that ultimately turned out to be plants. As someone who acted in and wrote for the August Diversity Skit, I know firsthand the impact that these performances have on incoming students. Diversity Skit 2.0 is an attempt at a continuation of the same principles — encouraging healthy discussion, inclusion and acceptance—while taking on a different form.

Those in attendance on Feb 22 may have been surprised to learn that Diversity Skit 2.0 was not exactly a collection of skits, but rather, an exercise: Archie Bunker’s Neighborhood. Participants were divided into different sections of a “developing city,”distinguished by different colors. They were tasked with going through a process of permits and purchasing supplies in order to build their communities and tried to secure permission to build schools, homes, restaurants, hospitals, et cetera. However, there was a twist, not unlike the August Diversity Skit: the colors that categorized the communities signified certain groups. Pink represented the LGBTQA+, green represented the differently abled, blue represented those that are privileged and so on. Those in authority (the Mayor, the Secretary of Permits, the Supplier and the police) utilized various stereotypes and generalizations when addressing the different groups. This, naturally, led to unrest and frustration as certain groups found it extremely difficult to develop their communities, while others found it exceedingly easy.

Devon Jackson, director of A.C.T., encapsulated the purpose of Archie Bunker’s Neighborhood. “This activity is not a success unless it ends in a riot,” Jackson said. And end in a riot it did. After around forty minutes, the Villanova Room erupted into chants of “We want permits!” For a short time, students that may have never experienced significant institutional adversity firsthand received a glimpse into what it is like to live with harmful labels and preconceived notions weighing them down. Understanding engenders empathy, and during these politically divisive times, we need empathy more than ever.