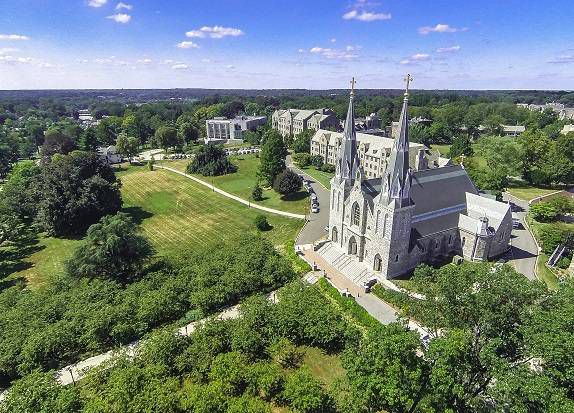 Charles Murray came to Villanova three years ago to little or no fanfare. There were no displays of excessive state power in the form of police helicopters, no threats of violence from the state for voicing dissent, and no hidden speaking events with seats reserved for friends of the organizers. A man spoke on campus and Villanova slept.

In many ways the reaction to Murray’s second visit last week troubled me, not for the content of the outrage, but for its myopic vision. Murray represents a trend this semester; he is not an anomaly.  To be clear, I do find Murray to be a particular case of intellectual insincerity. In his recent lecture, Murray showed a soft skin towards criticism and an inability to nuance his opinion. Instead, he doubles down, a tactic he has used throughout his career.

In a similar vein as Murray, this semester has seen lectures by Sir Roger Scruton and Ross Douthat. Scruton, who has a history of troubling ethno-nationalism and absurd views on issues of sexuality, spoke in February on “Defending What We Are” as part of the Second Annual Russell Kirk Lecture. Douthat spoke less than a week before Murray on “The State of Our Politics.” He holds similarly troubling views regarding Black Lives Matter, sexuality, and gender identity. Both of these speakers earlier in the semester should have drawn similar protests, but were overlooked.

Now, I don’t want to take up the issue of whether these individuals have a “right” to speak on campus, as the pages of the Villanovan wouldn’t suffice for such a knotted question. My issue is not with those on the campus Right, but with those of my own flock on the Left. As far as I’m concerned for those on the Right, I would echo the words of a professor of mine and say keep spending your money on charlatans and excessive police security, I will keep protesting.

As for those on the Left, this semester should be a wake-up call to engage in an interdisciplinary solidarity movement to invite speakers and hold events that reckon with the political in similar ways. Sociology and Criminology should partner with Gender & Women’s Studies, Africana Studies, Political Science, Communications, and Ethics to bring Michelle Alexander to speak on campus. Ethics, Philosophy, Humanities, and English should combine efforts to bring Terry Eagleton. Noam Chomsky could be invited by Biology, Psychology, and Philosophy. Bhaskar Sunkara could be funded by Communications, English, Political Science, Philosophy, and Economics. Student groups could also be involved in this effort to promote a deeper engagement with Leftist ideals on campus. We would promote these events without needing to limit entry or reserve seats for “friends of the Left,” monitor the audience with K-9 units, helicopters, and guns, or move the event to a smaller location away from the center of campus life. These events would not need protection because they would actually promote dialogue at Villanova and value expression without limits. They would be no less political or controversial than Murray, Scruton, or Douthat, but the value contained in the lectures would not be limited to a campus elite.

In my experience, Villanova is not a campus of violent protests. Something similar to the violence at Berkeley and Middlebury would not happen here despite the panic of the elite. But, at our best, we are a campus of community and solidarity, where the wills of individuals are supplemented and emboldened by efforts of the many.

I rarely appeal to Villanova civic nationalism, but I truly believe we have an opportunity to define the character of our campus not as one where the power of the state protects agendas meant to oppress. Indeed, if we organize and work for it, our campus can be one of robust discussion and interdisciplinary solidarity for the good, the true, and beautiful.