Boy Scouts will admit girls, but girls should be left alone 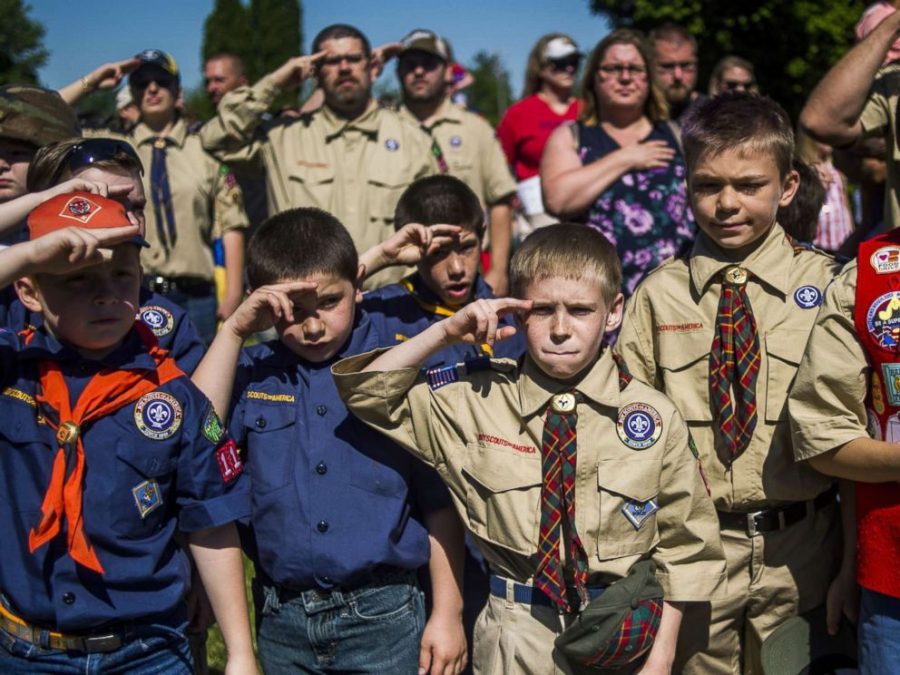 Boy Scouts will admit girls, but girls should be left alone

The recent decision to accept girls into The Boy Scouts of America comes with controversy. Pushback arises from questions about whether girls grow up to be better leaders in a co-ed environment or with other girls. Integrating girls into its core Cub Scouts and Boy Scouts programs is an opportunity for the organization to increase its declining membership. Opening up to girls may seem like a step in the right direction for equality among men and women. However, this move prevents them from flourishing in the Girl Scouts that has been endorsing womens’ empowerment and leadership since 1912. The Boy Scouts of America should remain an all-boys group in order to allow girls to build courage, confidence and character in a single-gender environment.

The Girl Scouts was founded to redefine the possibilities available for girls everywhere. Their activities include adventure, volunteer work and leadership opportunities, similar to the Boy Scouts. However, the difference lies in the focus on girls in the former organization. The chance to be on the frontline of every activity and possibility allows girls to excel because they’re not in constant competition with boys.

The Girl Scouts program is based on science, technology, engineering, math (STEM), outdoors, life skills and entrepreneurship, which are the foundation of the leadership experience. STEM programs have historically had fewer female participants which makes it important for this organization to teach girls. The Boy Scouts of America aims to develop character, citizenship and personal fitness. The desired goal of each organization is different and unique to accelerate the opportunities of the respective gender. Some overlap may exist, but the Girl Scouts has been able to propel girls onto the same platform boys have always had the opportunity to stand on for years.

Female leadership is so crucial that the Girl Scouts stress the girl-led aspect of their program so that they can build their own adventures and success together. Opportunities for women are still limited in terms of female empowerment. The Girl Scouts have been staunch in endorsing early on that girls can excel in the same way boys can.

The Boy Scouts have not been as accepting or willing to be open to change compared to the Girl Scouts which is why this decision comes as a shock to the girls organization. Only in the last six years have they lifted their ban on openly gay scouts and prohibition on gay leaders. Therefore, this recent move can be seen as a way to bring more members into the group rather than create a chance for girls to excel and lead.

The decision directly attacks the message and foundation of the Girl Scouts. The Boy Scouts have put girls in an unfair position in which they endorse equality and a level playing field but fail to realize the long term effects on their self confidence. They justify their move by claiming that it would make life simpler for busy families who want to enroll their children in only one organization. However, the uniqueness of the Girl Scout program in historically cultivating intelligent, confident and driven leaders in a female-dominated environment is not something the Boy Scouts of America can offer. These two organizations have created successful men and women throughout the years because they have endorsed the importance of having single-gendered environments to build self confidence and character in their respective participants. This decision should be pushed back against not only by all Girl Scout members, but by anyone and everyone who recognizes the importance of allowing girls to grow and learn in a single-sex environment.