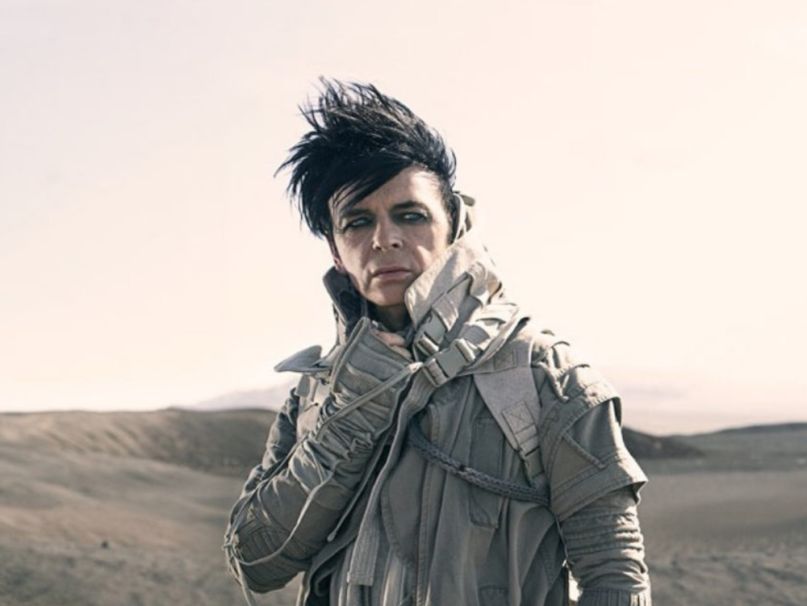 Best known for his hit song “Cars,” Gary Numan has been a pioneer of electronic music in the industry for over 40 years. In September, he released his 22nd studio album, titled “Savage (Songs from a Broken World).” Throughout the record, Numan explores the theme of an apocalyptic future with the looming melodies and dark lyricism he has become known for.

The Villanovan spoke with Numan by phone on Nov. 9 to discuss his current tour, hopes for the future and advice for aspiring musicians.

The Villanovan: Your latest album has an apocalyptic theme to it. You’ve spoken in interviews about your fears of climate change and the impact of Donald Trump’s presidency. Do you think we’re headed toward a dark future?

Gary Numan: I don’t actually. I’m quite optimistic about what’s gonna (sic) happen. I don’t want to get too political—I think Trump is unfortunate, but as I understand things, even Syria is trying to sign up to get the Paris accord done so America is the only one who’s not involved in that. The rest of the world is still doing the right thing and even certain parts of America, California and other states, have reaffirmed their commitment to the Paris accord.

TV: You have three young daughters. What kind of world do you hope exists for them when they grow up?

GN: Yes, I do. I have three young children—14, 12 and 10, all girls. It is a worry. The world does seem to be having something of a moment, shall we say… As a parent, and just as an ordinary human being really, regardless of being a parent, it is really worrying. I was at a Katy Perry gig last night—I took my children, and they were all jumping up and down and screaming and having just the best time ever, and I remember the Ariana Grande concert where the bomb went off. When you live in a world where people will deliberately target children to make some kind of point, you think the world is (expletive) up… Your children are coming up into this and you’re trying to protect them from the truth of it in a way, but at the same time you’re trying to make them aware that the world is not this lovely, comfortable place. You need to prepare them for it, but you don’t want them to become paranoid and frightened. You want them to go out and become confident people.

TV: You’re touring with band “Me Not You.” Where did the inspiration for that pairing come from?

GN: I can’t remember where I found out about them, but I remember, I had a couple of things, and the thing that really struck me about them was from a melody point of view. It went in a direction I wasn’t expecting, and it was really interesting. A lot of music is fairly predictable and therefore not that interesting, but with them, it just went in a completely different direction from what I was expecting. My wife, who’s a fairly brutal critic—she was really captured by it. I really love what I’ve heard of them so far.

TV: What do you enjoy most about performing live?

GN: I like the whole thing. I really like traveling. I actually really like being on the bus. When I was a kid, my mum and dad had a caravan, and we would go holiday every year, and I loved it. Really, being on a bus is like going out in a big RV with all your best friends. It’s good fun. The band is my closest friends—we don’t have any arguments. My wife comes with me. The children can’t unfortunately come on the whole tour, so I do miss them a little bit, but we bring them out when we can [during] school holidays and that’s lovely. One of my children sings on a song on the album, so when she is out with us on the tour, then she comes and sings that song, which as a dad is a lovely thing. I just love it. I’m very comfortable touring, comfortable in that environment.

TV: What advice do you have for aspiring musicians who are trying to make their way into the industry?

GN: Without trying to be cocky, one of the best bits of advice is don’t listen to advice. I’m not trying to be funny with that… You are surrounded by people who think they know better, all these people who think they know what you should be doing. You’re constantly being badgered and bullied and given advice you didn’t ask for. A lot of record companies will sign you not because of what you are, but because of what they think they can make you, and they try to mold you into what they think the next big thing is going to be and you find yourself making music you don’t really want to make, and you kind of sell yourself short from day one. You need to be absolutely sure of what you want to do, and you have to stand by that. If you want to be successful, try to actually do it on your own terms.

TV: You’ve experienced a great deal of success over the course of your career. Is there anything left that you’d still like to accomplish in the future?

GN: Yeah, absolutely. Having had some limited success very briefly, I’d like to do it again. (laughs) You know what, it’s not even about success. It’s about making sure that you enjoy your life. If it’s about being successful, you spend your whole life searching for something, trying to achieve something and you kind of miss life. You’ve got to enjoy the journey as much as you enjoy reaching the destination. In fact, you’ve got to enjoy the journey more… I think you can get lost in a search for success. That’s my thing. The problem with being ambitious is you cannot enjoy life itself, and before you know it, you got somewhere and then you’re dead. I don’t want that. I want to enjoy every single day as much as I can. I want to see every single moment of my children’s lives—I want to experience every single day as fully as I can, and if at the end of that, I happen to be successful, brilliant.

Gary Numan will play Union Transfer in Philadelphia on Wednesday, Dec. 6. Tickets can be purchased online on the official Ticketfly website.

This interview has been edited for clarity and length.