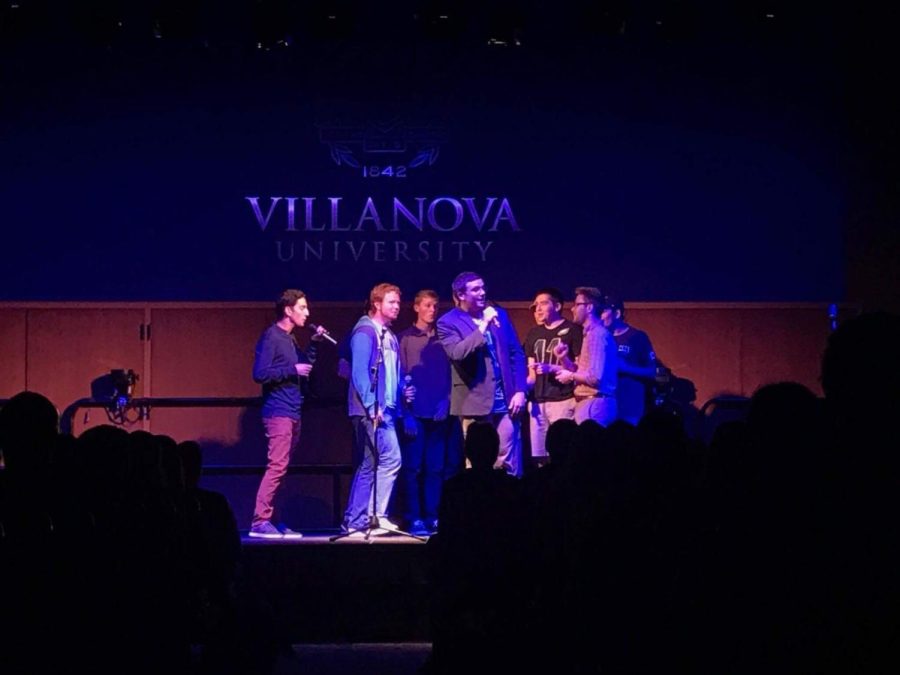 Hurricane Maria devastated Puerto Rico and all that inhabit the island almost six weeks ago. Despite the time that has passed since the disaster, the University has remained steadfast in its commitment to provide assistance for the relief effort. On Oct. 29, another form of aid to Puerto Rico came to fruition with the “Puerto Rico Benefit Concert,” performed by many of the University’s performing arts groups. This concert featured not only A capella groups, such as Nothing But Treble, Spires, Vocal Minority, Supernova and Minor Problem, but also performances by dance groups including Superlative, Wazobia, Vaila Latino, as well as the Wildcat Dancers. All proceeds from the concert were allocated to the relief effort in Puerto Rico.

Sophomore Alison Nieto was instrumental in the planning and organization of the event.Nieto strongly identifies with her Puerto Rican heritage, as many of her family members call the Caribbean Island home.

“My grandparents came [to the United States] from Puerto Rico to give my father and his siblings the opportunities that would be available to them here,” Nieto said.

She found out from her father that the town which her grandparents emigrated from was destroyed among the many other areas of Puerto Rico that faced similar fates.

“To think that within a matter of days, all of the things that were familiar to [Nieto’s grandparents] in [their] childhood were gone,” she lamented.

Nieto urged that the people were not to be forgotten despite the time and distance that separates the immediate community from those in Puerto Rico. In fact, one of the biggest events that the University sponsors inspired Nieto to take action.

“I first had the idea to do something for Puerto Rico on Sept. 24, after Day of Service,” she said. “The hurricane had hit four days prior, and it bothered me that nothing had been done on campus to discuss it or help the victims while we had numerous ways for students to help victims of Harvey and Irma.”

Her involvement with music activities on campus stimulated an impetus to conduct a concert and unite people for a good cause. She took full advantage of this motivation and contacted Director of Professional Development, Kathryn Szumanski, M.A., M.S., in the Office of Undergraduate Studies to see what she could do. The individual nature of Nieto’s undertaking left her with a low level of confidence that anything would precipitate from her efforts. However, Szumanski put her in touch with Director of Music Activities, Elizabeth Sokolowski, and Director of Student Involvement, JJ Brown. Once she was in contact with both Sokolowski and Brown, Nieto said that the event, “took off from there.”

Once a date was set for the concert, Nieto admits that she was unsure what the response to the concert would be and the subsequent turnout after events such SPOlooza and Homecoming. Nieto was undeterred and relentless as she took an impetus to push ticket pre-sales two weeks before the concert and even set up a table outside of the event for those who were late. There was also a strong social media surge in sharing the information for the event via changing profile pictures or setting cover photos to the official flyer. Ultimately, there was a strong response to the efforts of Nieto, as well as others responsible for organizing and performing at the concert.

“I think I was definitely able to make an impact on the relief efforts,” Nieto shared. “People are definitely still talking about it and recognize me from [the event], which is really inspiring.”

Others from the University have approached Nieto to say that the concert inspired them to take their own initiative to create another opportunity to raise funds to contribute to the relief effort.

“Every time someone talks to me about it, I feel like I really did something that resonated with people,” she said. “It mattered.”