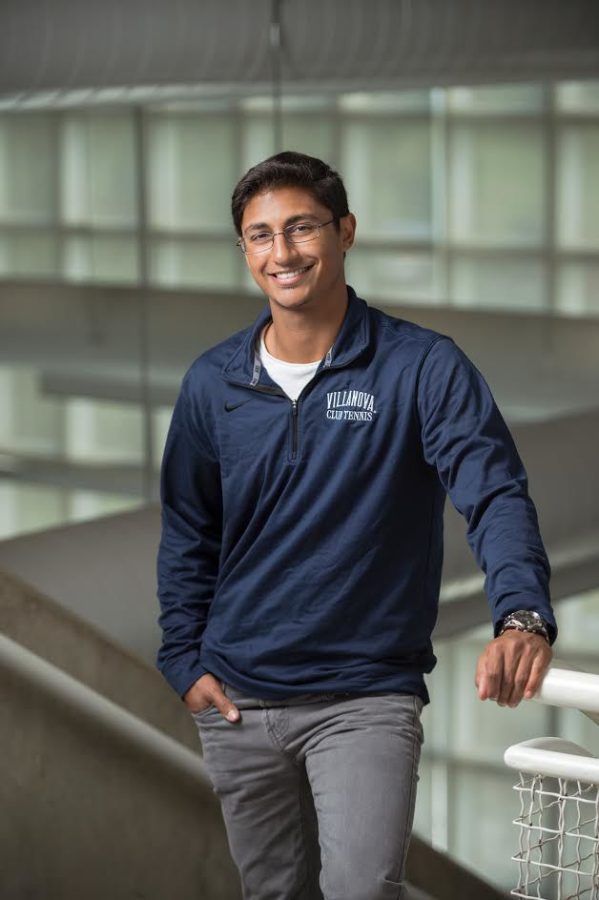 “It’s one thing to be really involved and really enjoy a subject, but to get to teach that to someone and see their eyes light up—that’s what makes everything we do worthwhile.”—senior chemical engineering major Zach Ellenhorn said.

Just as Ellenhorn is placing the final piece of pepperoni on a tray of pizza cupcakes, the oven reaches 400 degrees. He promptly swings the door of the oven open and slides the tray into the center of the metal rack. Soon after he guides the oven door closed, the sudden, shrill scream of a smoke detector goes off. Ellenhorn quickly marches over to the smoke detector a few feet away, directly outside the parameters of the kitchen, and presses the small button to stop it, right as another smoke detector can be heard starting in another room.  “It just doesn’t like when I open up the oven,” he jokes as he returns. After making his way back to the center of his galley kitchen, Ellenhorn relaxes while resting a hand on each counter. He resumes speaking enthusiastically about All Hands-On Science, an organization he founded during his sophomore year, two-and-a-half years ago.

All Hands-On Science is an organization within the Sophomore Service Learning Community (SLC) that allows University students of any grade or major to volunteer and teach science through fun experiments at one of the two Boys and Girls Clubs of Philadelphia locations. The program, which is geared toward fourth through eigth graders, aims to make science exciting and affordable.

“All Hands,” as Ellenhorn endearingly refers to it, was born out of an experience he had volunteering in Cambodia with Villanova Engineering Service Learning (VESL). The service break trip allowed Villanova students to do STEM projects with middle schoolers in the area. Considering his knowledge that only 18% of African American fourth graders are proficient in math, Ellenhorn found a need to bring this educational concept to America, specifically Philadelphia.

Upon his return to campus, Ellenhorn approached the Director of Service Learning, Noreen Cameron, to pitch the initial idea of All Hands-On Science. He then proposed the idea to the Wissahickon Boys and Girls Club. With both sets of approval onboard, Zach Ellenhorn and his roommate, Sam Cacela, founded the humble beginnings of what is currently a quickly-expanding 30-member organization.

While discussing his work with the organization, his passion pours out unhesitatingly. “There are the moments in their eyes that you can see, they’re just really, really touching, where you can see that either they have no idea what’s going on or they know exactly what’s going on and it’s the same reaction,” Ellenhorn explained. It’s just so, so much fun to see when what you did just really inspired them.”

In Ellenhorn’s apartment, a large All Hands-On Science poster with a collage of pictures can be found on the floor, leaning against the white wall of his combined dining room and living room, hardly hidden behind the dark dining room table and the green couch that sits adjacent to it. On the opposite wall stands a short end table surrounded by various supplies for All Hands-On Science’s next excursion into Philly.

Ellenhorn’s influence on and off campus does not stop at his creation of All Hands-On Science. In fact, it is just the tip of the V-shaped iceberg that encapsulates his time at Villanova. On top of receiving a Villanova’s Who’s Who award, Zach was named a Forbes Under 30 Scholar two years in a row, 2016 and 2017.

Since his freshman year, Ellenhorn has been conducting research with Dr. Jacob Elmer in the bioengineering field. Their research focuses on the construction and replication of triplex DNA in plasmids. This semester, he works as a Teaching Assistant for Dr. Elmer’s DYI Spectrophotometer course, which is one of the EGR’s mini-projects.

On top of this, over the course of the last three years, Ellenhorn has traveled to Cambodia and Nicaragua with VESL on service break trips to teach STEM and help implement massive water systems, respectively.

Throughout his four years at Villanova, Ellenhorn has used a multitude of Villanova’s resources to cultivate meaningful realities out of his passions. With his selfless dedication to others, commitment to his work and enthusiastic school spirit, he embodies the core of what it means to be a Villanovan.