VSMT Wows With “Into The Woods” 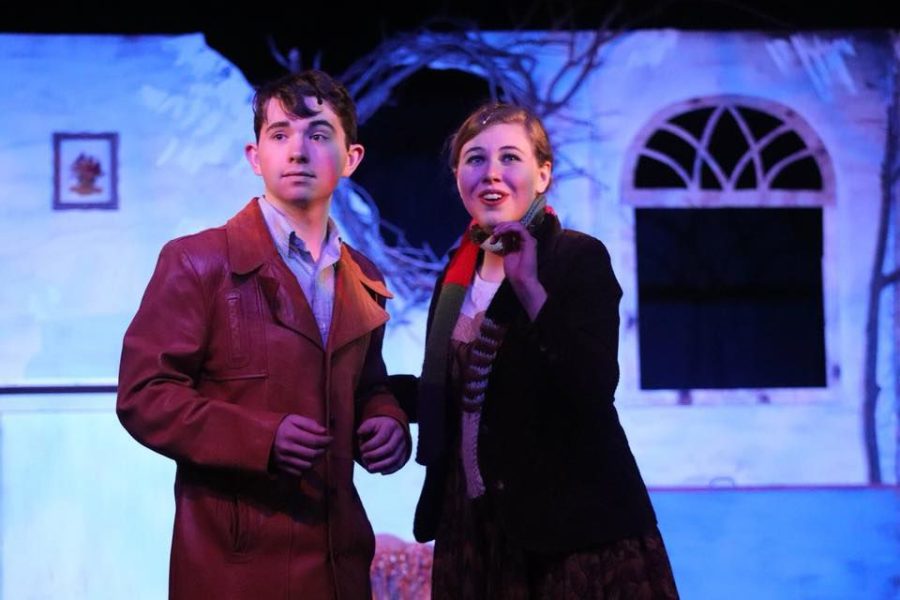 Last Tuesday, Villanova Student Musical Theatre opened “Into the Woods,” which is a  musical that interweaves characters and plots from multiple beloved fairy tales, including “Cinderella,” “Jack and the Beanstalk,” “Little Red Ridinghood,” “Rapunzel” and others. The musical mixes comedy and innuendo with darkness and grief. “Into the Woods” explores familial relationships, growing up, wishes, desire and accepting responsibility.

The play begins with a baker and his wife who desire to have a child and their interaction with a witch who has cursed them to remain childless. The couple sets out into the woods to reverse the curse, and in doing so run into the other characters who are all on their own quests, seeking to fulfill personal wishes. The characters’ fates then intertwine and all eventually have their wishes actualized. But soon the characters’ newfound contentment is disturbed when they are visited by an angry giant, bent on avenging her husband’s death. The characters must quickly accept the consequences of their actions and wishes, and learn to work together and make sacrifices in order to survive.

“Into the Woods” has a fantastic cast, with every actor seemingly made for each role. Every role features a strong performance, both in acting ability and musical talent. Characters such as the Witch, Jack, and Milky White, among others, are really brought to life by the choices of the actors, such as distinctive mannerisms, postures and tones of voice. This musical has little dialogue, and most of the show is advanced by means of song. So it is particularly impressive how the actors can make singing seem so natural and unforced as a method of communicating, and can do so for the longevity of the play.

“Into the Woods” explores how people reckon with the consequences of their actions, and how desire often leads to trouble and despondency. In Act I, the characters can seemingly act with no repercussions, but this is an illusion—the ramifications come to bite them in the second act. Though the characters all have their wishes come true by the end of Act I, and they seem to be set up to live happily ever after, their actions have unintended consequences, which tear apart the lives that the characters worked so hard to construct.

“Into the Woods” provides an interesting new take on the old adage “be careful what you wish for.” Though their wishes come true, they come with a price, and this is often gruesome. Despite losing loved ones and having their worlds quickly turned upside-down, the remaining leads—Cinderella, Little Red, Jack and the Baker—overcome their loneliness and despair in order to defend themselves. Instead of sulking in their misery, the characters accept their circumstances and come together to make amends, ending the musical on a hopeful note.