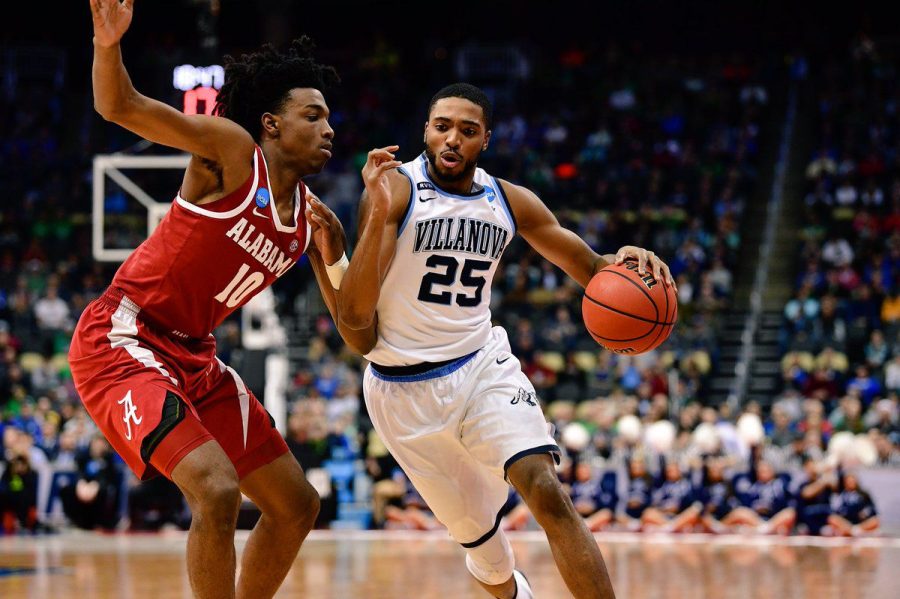 To the delight of all Villanova faithful, the Wildcats have conquered the Round of 32 and will advance to the Sweet 16 with an 81-58 victory over Alabama.

Coming off an 87-61 victory over Radford, Villanova got off to a quick 5-0 start in the first three minutes of the game.

However, for the majority of the first half, the ‘Cats struggled offensively and got into early foul trouble. This kept Jalen Brunson on the bench for over ten minutes in the first.

At halftime, the Wildcats led 32-27, surprising considering the fact they shot just 33% from the field compared to 48.8% for Alabama.

The Crimson Tide were led by freshman point guard, and potential NBA lottery pick, Collin Sexton, who scored nine points in the first half.

As for Villanova, Donte DiVincenzo was the reason they were able to even stay in the game. The sophomore carried the Wildcats with 18 first half points, shooting a staggering 6-10 from the field and 5-9 from three. Besides DiVincenzo, the only other players to hit field goals in the opening 20 minutes were Spellman and Brunson.

If Villanova wanted to get past the Round of 32, they knew that their offense needed to ignite as a whole, which is exactly what happened.

Including the three-point shot that DiVincenzo made prior to the half, Villanova went on a 21-0 run fueled by the hot hand of Mikal Bridges, who hit the first four baskets of the second half for Villanova. They showed no signs of slowing down and held a 44-27 lead in the opening five minutes of the second half before Alabama scored their first points. ‘Nova displayed phenomenal team play, sharing the ball and constantly finding open looks. Before the midway point of the second half, Villanova had turned a close game into a commanding lead. The Wildcats cruised to the finish line for a dominant 81-58 victory.

With the victory, Villanova became the first team to punch their ticket into the Sweet 16. The Wildcats are set to play the winner of No. 5 seed West Virginia vs. No. 13 seed Marshall, which tips off Sunday evening at 9:40 pm. Although the team and time of Villanova’s next contest is still to be determined, they will play on Friday, March 23, at TD Garden in Boston, MA.