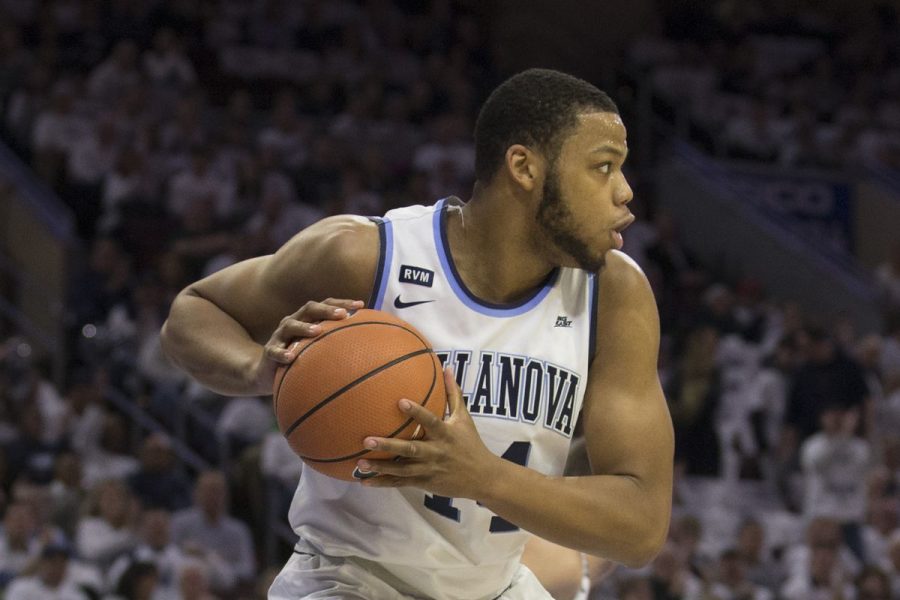 Tuesday morning, Villanova freshman forward Omari Spellman confirmed many Wildcats’ fans’ worst fear when he joined juniors Jalen Brunson and Mikal Bridges in declaring for the NBA Draft. Unlike his teammates, however, Spellman has left the door open for his return to the ‘Cats by announcing that he does not immediately plan to hire an agent. This decision allows him to maintain his remaining three years of NCAA eligibility for the time being. Spellman had until Sunday to make this decision, and now that he has opened himself up to receiving advice from league and team officials, he has until May 30 to either rescind or finalize his declaration.

Before the postseason, Spellman was probably the fourth most likely Wildcat to leave the Main Line early. This perception did not change in the eyes of most experts after sophomore guard Donte DiVincenzo’s exploits in the National Championship game. Nevertheless, after averaging 10.9 points and 8.0 rebounds on 43.3% shooting from deep for the season, while playing a major role in winning the National Championship, reports of Spellman’s draft stock rising started to appear throughout Final Four weekend. Although much could change after the combine, with Spellman currently projected by most to go late in the second round, if at all, the most likely outcome of this process is for him to return to the Wildcats. Regardless, going through the draft process has proven to be a crucial development tool, even for players who return to school. In the end, this experience should pay major dividends for Spellman’s success whichever path he chooses to go down.