Former Wildcats face off in US Open Cup Final 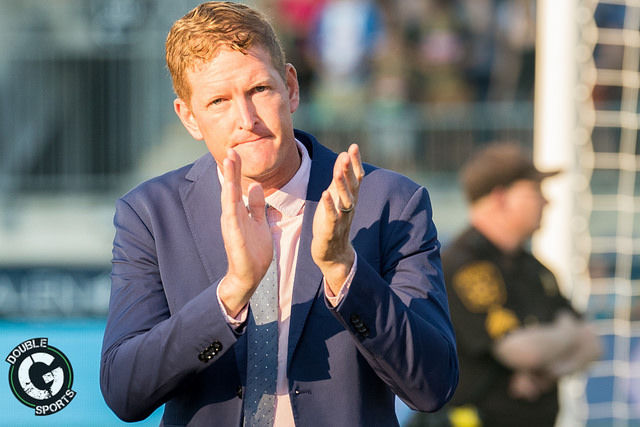 Four former Wildcats took part in the US Open Cup Final on Sept. 26 as the Houston Dynamo beat the Philadelphia Union 3-0.

Garcia, who came in for the injured Phil Senderos in the 41st minute, made 77 appearances as a Wildcat from 2008-2011 and scored six goals. During that time, Garcia crossed paths with all three of the Union’s staffers. He played alongside McCarthy and underneath Callaghan during Callaghan’s time as an assistant coach. Garcia also played underneath Curtin while the current Union Head Coach served as a volunteer assistant.

The former Wildcat has featured as both a left back and center back for the Dynamo, and has made 20 appearances in all competitions for the club. Since being picked 41st in the 2012 MLS Supplemental Draft by the New England Revolution, who he wound up not signing with, Garcia has had several short stints with European clubs.

Though Garcia only made 25 appearances and spent less than a year with RGV FC, he played a pivotal role in the team’s USL record 760-minute shutout streak. The Dynamo signed Garcia from RGV FC on Sept. 6, 2016.

Curtin, an Oreland, PA native, has now lost in all three of his US Open Cup Final appearances as a coach, a stark contrast from his time as a player during which he won the US Open Cup two times with the Chicago Fire in 2003 and 2006.

In 2001 Curtin was the first ever Wildcat to be selected in the MLS SuperDraft as the Fire took him with the 29th pick in the third round. Curtin went on to play primarily as a center back and made 151 appearances for the Fire between 2001-2008. He was named an MLS All-Star in 2004.

Curtin returned to the Philadelphia area as a youth coach for the Union’s academy in 2010 and swiftly moved up the ranks. On Nov. 7, 2014 Curtin was officially named the Union’s Head Coach and has since led the club to three US Open Cup Final appearances. Curtin’s accomplishments as both a player and coach earned him a spot in the University’s Varsity Club hall of fame in 2017.

Despite a disappointing performance and loss, Curtin and the Union’s season is far from over. The Union have 46 points and sit in fifth place in the Eastern Conference with four games left in the regular season. Barring a collapse over the next couple of weeks the Union will make their second appearance in the MLS Cup Playoffs since Curtin became Head Coach.