“The Nun” Thrills in Theaters 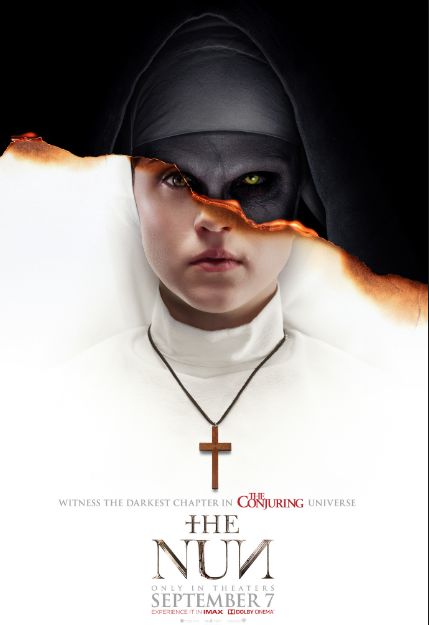 With Halloween right around the corner, many of us are looking for seriously scary movies, and “The Nun” certainly fits the bill. Primarily a jump-scare movie, “The Nun” doesn’t skimp on the cleverly terrifying details either. An example? The demon Valek cannot travel physically through space—it first must have a human body to inhabit. So, it slides across the walls of the monastery as a shadow, stalking its victims and occasionally appearing to them in mirrors to spray their faces with broken glass.

A prequel to “The Conjuring” series, this movie is based off the main demon in “The Conjuring 2”, Valek. All we knew about Valek previously is that it is immensely powerful—powerful enough to possess other demons, control multiple illusions at once, and obscure a clairvoyant’s vision (as it does with Lorraine in “The Conjuring 2”). These abilities become core to the narrative in “The Nun”, as the Valek manifests itself in malevolent illusions to terrify and attack the holy people sent to stop it. Sister Irene (Taissa Farmiga) has clairvoyant abilities like Lorraine’s, and the conflict between her God-given sight and Valek’s evil intent gives rise to a hair-raising plot. Until the end, you will be on the edge of your seat—because you’ll almost never be able to tell the difference between what is real and what is conjured.