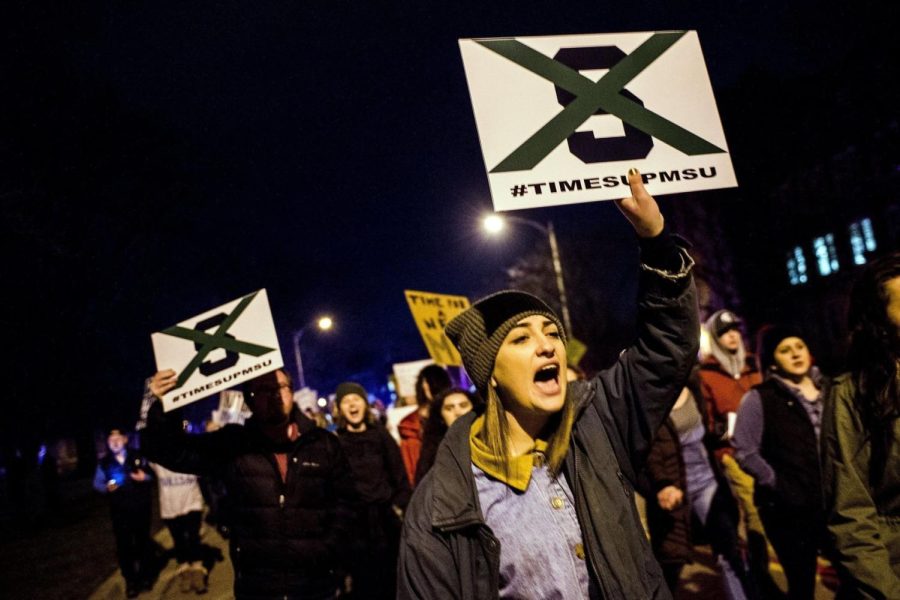 The current Secretary of Education Besty DeVos has recently propsed new regulations about sexual misconduct that will affect college campuses across the US. These policy proposals come out of an era hyper-focused on sexual assault victims including Brett Kavanaugh’s Senate Hearing as well as the #MeToo movement and #TimesUP. These proposals have sparked major debate across college campuses and this editorial is an effort to educate our fellow students about the proposed regulations and how they will affect our experience at Villanova.

In 2011, the Department of Education under the Obama Administration released the Dear Colleague Letter that outlined guidelines for how Universities must respond to instances of sexual harassment and violence. The letter was a re-interpretation of Title IX by the federal government in order to ensure that instances of sexual misconduct on campuses are fully investigated and victims are protected. This letter was quickly rescinded after the Trump administration took office in 2016 because DeVos echoed criticisms of the letter by arguing that the letter expanded executive power and diminished the due process rights of the accused. The interim guidelines that followed the retraction of the Dear Colleague Letter included these important changes: universities had the option to choose between different standards of evidence to prove guilt and complaints of sexual assault could be resolved through mediation.

The Dear Colleague Letter explicitly states that Universities must apply the preponderance of evidence standard instead of the clear and convincing evidence trial that is now an option in the policy proposals. The preponderance of evidence standard is mainly used in civil cases and the burden of proof for this standard requires that the jury is reasonably convinced the incidence occurred. The new regulations proposed by the Secretary of Education state that universities have the discretion to choose which level of evidence to use. This is problematic, especially for cases of sexual assault and sexual harassment. Proving sexual assault in court is notoriously difficult because of “he said she said” tactics and victim blaming. Therefore, the preponderance of evidence standard protects victims by allowing that only enough evidence to demonstrate reasonable proof of assault has to be presented. This could include witnesses or a rape kit. However, this standard is often criticized as trampling on due process rights of the accused. If universities chose the higher level of evidence standards, then it is much less likely that perpetrators will be convicted and the already low reporting rates for sexual assault may decrease.

Second, the Dear Colleague Letter did not allow mediation as a reasonable tactic for sexual assault cases, even if both parties agreed. This was an effort to encourage formal investigations and processing rather than allowing universities to avoid the formal process that would make the incident public and possibly tarnish the reputation of the university. DeVos included the mediation option in order to reduce the liability of sexual assault complaints for Universities. In most cases, interacting with your assaulter is more traumatic than helpful.

The new regulations pose extremely important consequences for college students beyond the two changes outlined above. First, the Department of Education narrowed the definition of sexual harassment from any unwanted sexual interaction to instances of sexual harassment must be “so severe, pervasive, and objectively offensive that it effectively denies a person equal access” to participating in classes, clubs or even living on campus. This means that actions that qualify as sexual harassment must be endured for long periods of time before they are taken seriously. Second, the new regulations change the scope of incidences of sexual assault to only those that physically occur on campus. Previously, universities were liable for sexual misconduct that happens off-campus (like at a party or apartment) between students or students and faculty. For decreased liability, victims would not process the incident through their universities. Third, the new regulations require that the university is only liable if there is “actual knowledge” (this is the language used in the document from the Department of Education) of the incidence occurring. Primarily, this knowledge must come from someone with power at the university, not just another student.

Most traumatic is the policy allowing the accuser (and the victim) the ability to formally cross–examine each other. This policy alone throws out any effort to protect the victim from further traumatic experiences. These policies clearly protect Universities and perpetrators at the expense of victims and threatens to uphold rape culture. According to the National Sexual Violence Resource Center, 20 – 25% of college women are victims of forced sex during college, more than 90% of sexual assault victims on campus do not report the assault (data collected from an anonymous survey) and nearly two-thirds of college students experience sexual harassment. It is our responsibility to make the process of reporting incidences of sexual assault and harassment easier, not more difficult. It is our responsibility to dismantle rape culture on campus. The Villanovan urges the University to actively pursue best practices to protect victims and end rape culture.