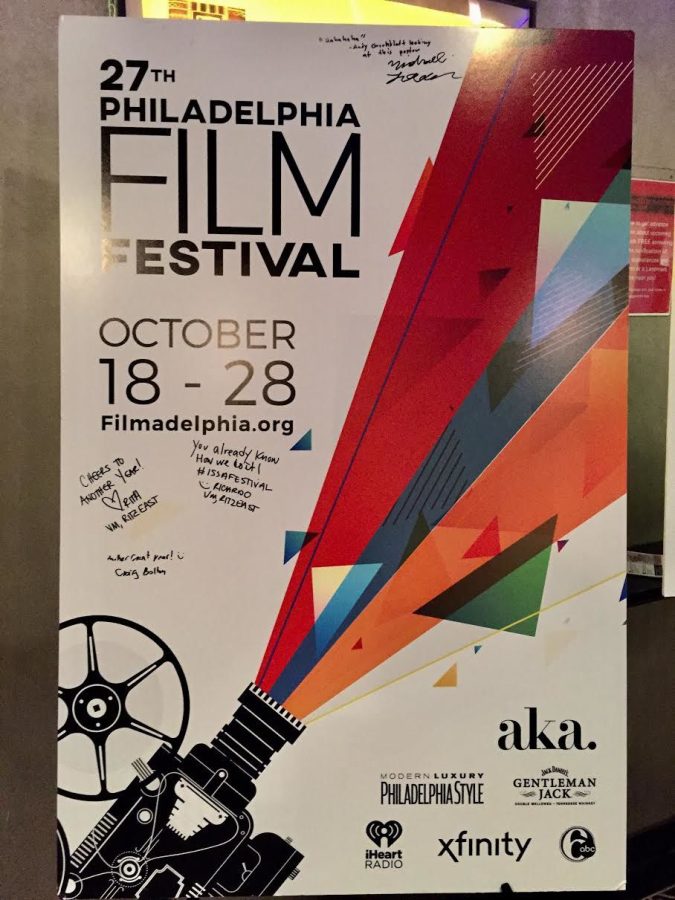 With the weather becoming a little colder and more unpredictable, going to see a good movie sounded like the perfect excuse to visit downtown Philly for a few hours. Founded by the Philadelphia Film Society, the Philadelphia Film Festival (PFF) celebrated its 27th successful year inOctober. More than 25,000 moviegoers grabbed the opportunity to see any of the 127 films the society broadcasted, with 122 of these pieces premiering for the first time at the festival.

The popcorn was buttered, the seats were saved and the only decision was which of the captivating films was first on the list to watch.

The jam-packed 11 days fulfilled any interested audience member’s preferred genre, whether it be comedy, foreign or a Philadelphian’s independent production. Local movies are very important to support during the festival. For many of these features, the two weeks were the only time an audience could in area theaters.

With Oscar season drawing closer, attending the festival was one way to see the year’s most talked about films earlier than most. Avid moviegoers had the unique chance to view a plethora of works before they were released in Philadelphia theaters. The opening film of the celebratory weeks was “Ben is Back,” starring Julia Roberts. The film follows the relationship of a mother and her returning son, who is battling drug addiction, and showcases how their bond is tested over the course of the movie. “A Star is Born,” starring Bradley Cooper and Lady Gaga, was also shown,  is now a major box-office hit. These buzzed-about films are currently on track to being heavily recognized during awards season. Be on the look out for more PFF movies coming to theaters soon.

If one were trying to dabble in learning a new language, PFF helped with that as well. This year, 37 countries were represented in the extravaganza. The Film Society did a great job of hand-picking films that were widely accepted from other festivals such as Cannes, Toronto and Sundance to showcase the best flicks of the year piling in from around the globe.

While there were many dramatic features, PFF did not forget to entertain younger audiences. From Oct. 22 through 26, many schools from the area were able to send students to the theaters for free. What better way for the next generation to be exposed to the modern magic of cinema than viewing the best of the industry right in their backyard? Several theaters, all across the city, housed showings. The theaters passed out worksheets for the students to complete after seeing each feature, prompting them to reflect on their favorite scenes or ask any questions they may have. Some of these films offered panels afterwards, including several representatives of the production team, to answer these questions and get a chance to hear the response of an audience.

Attending any one of PFF’s productions was an unforgettable opportunity to venture into Philadelphia’s neighborhoods while being transported into the season’s best films. Seeing movie enthusiasts line up and engage in conversation of their love of cinema was a rare treat. The American passion for film was definitely alive in this city, and judging from the large turnout at PFF, it will be for many years to come.