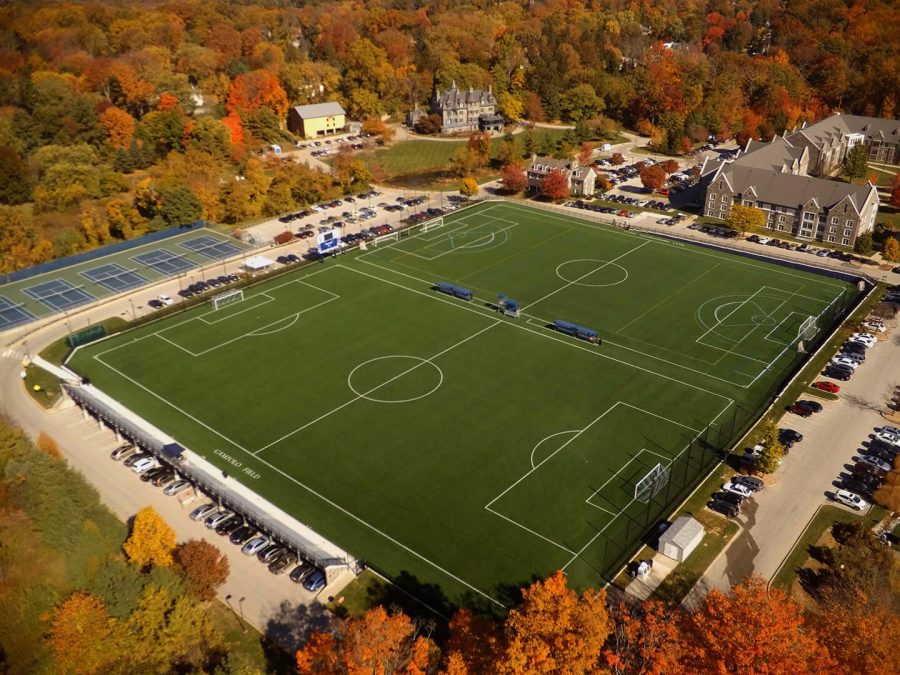 If things go as planned, the University’s athletic teams will no longer be venturing off campus next season to use off campus indoor training facilities. Within the last two weeks, the Common Pleas Court overturned the decision of the Radnor Zoning Board (which blocked the construction) and granted the University permission to build an inflatable athletics dome on West Campus. Though Radnor Township has appealed this recent ruling, this is a step in the direction towards the construction of the dome.

Whether it is allowing varsity athletes to practice more often and conveniently, providing space for intramurals or affording students and staff a warm place to exercise during the winter, the indoor facility is expected to benefit the Villanova community. Since the reconstruction of the Pavilion, the University has lacked a multipurpose indoor athletic facility, so the dome would as a welcome addition to the already growing campus.

Heird emphasized that competitors from other universities often have the advantage of indoor facilities on campus, while Villanova sports team must find alternative places to hold practice during inclement weather. This limits the time and quality of practices for Villanova athletes.

“They [the athletes] are going communities away, using transportation and taking time away when they can be on campus…” Chris Kovolski, Assistant Vice President of Government Relations and External Affairs, said.

The dome is expected to allow coaches to focus on preparing their respective teams for their upcoming competitions, rather than worrying about finding a place to practice on a tight time frame.

Citizens of Radnor Township have cited concerns that the construction of the new, 65-foot-high facility would not only block their views but also lower the property value of the houses overlooking the fields. The proximate houses are on Hilldale Road across the Amtrack tracks and on Wistar Road, 560 feet from the proposed dome, according to a court filing.

As Ward 7 Commissioner Sean Fahy told Linda Stein of the Main Line Times, the facility has the same footprint as a Walmart. Kovolski acknowledged the concerns of homeowners and highlighted some actions that the University has taken to mitigate these worries. The University has planted additional trees to obscure the vision of the planned dome from nearby homes. Additionally, the amount of light emitted from the opaque-colored facility will be limited to essential lighting, such as emergency lights. The temporary dome would be used between roughly November to April.

Contingent on the upcoming appellate court ruling, the University will further develop the infrastructure of athletic facilities on campus.