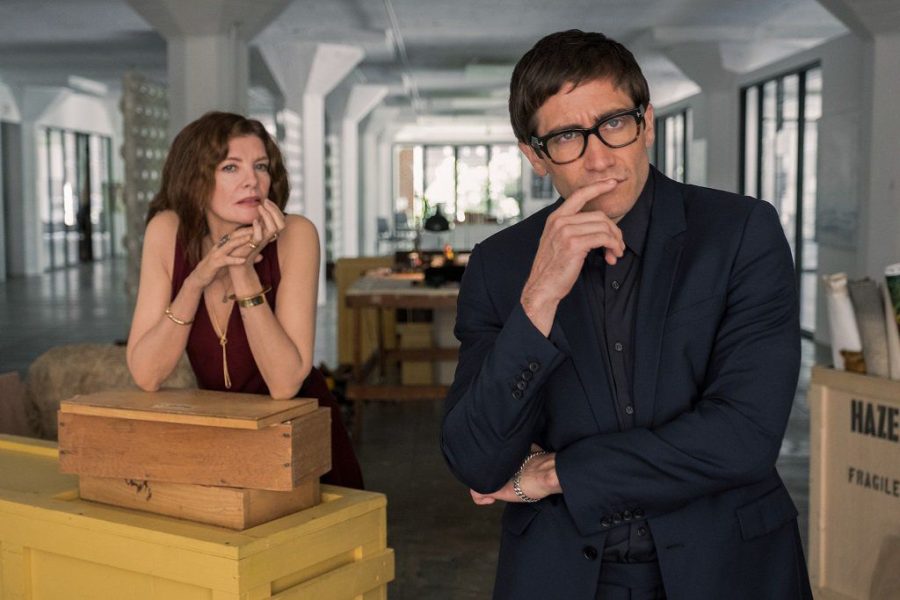 About halfway through Dan Gilroy’s new film, the Netflix original movie “Velvet Buzzsaw,” Jake Gyllenhaal’s Morf Vanderwalt, a high-brow and sophisticated art critic who controlls the modern art world, delivers the line that embodies everything Gilroy strives to achieve with his film: “Critique is so limiting and emotionally draining.”

Given the nature of Gyllenhaal’s line, it’s quite ironic to be writing a review of a film that criticizes the criticism of art. However, it is the idea that art criticism itself is a form of art, an idea Gilroy fails to consider, that demonstrates not only the validity of this review but why, although ambitious, “Velvet Buzzsaw” fails to live up to the potential it possesses.

“Velvet Buzzsaw” dives deep into the modern art world, investigating the lives of collectors, artists and critics in the vibrant scene of Los Angeles. The setting pulses with both coyness and deception. However, it is not the people who try to usurp this lifestyle, but the paintings themselves that strike back against the materialistic individuals that seek to merely commodify them.

As such, Gilroy sets his sights squarely upon the very writers and corporate executives that first saw his film during its premiere at this year’s Sundance Film Festival. Art is beyond words on a paper or the box office haul that it brings a studio. Art has something to say, and our examination of every minute detail of it to determine its profitability, consuming someone else’s work for our own selfish purposes is the real sin, not the personal demons revealed on the canvas or on the movie screen.

It is with this idea in mind that Gilroy brings horror into the fray of “Velvet Buzzsaw,” as the paintings come to life to murder each individual that profited off of them in some way, retribution for limiting art through their criticism of it. This contributes to Gilroy’s development of both art and the criticism of art being emotionally turbulent areas. On a given day, a critic or artist could produce a glowing product, while the next day could result in a dark nightmare.

And although this idea is fascinating, looking at the turbulence of both art and its criticism, it points towards a question that Gilroy never addresses: given the similarities of art and art criticism, what is to say that they are not one and the same? Criticism is a thoughtful, creative medium, and as such, what is there to stop it from being art as well? Gilroy sets the foundation to ask this question, one with an answer that could fundamentally have changed the film itself, but never ventures into such territory, resulting in the film feeling half-baked and underdeveloped.

Consequently, the horror scenes depicting art striking back against its profiteers, feel underdeveloped as well. The bite is not wholly there, as Gilroy himself has not completely ironed out the details of his own claims. This results in a lack of tension and power in these scenes, undermining his attempts to give art power against its consumers and weakening the already-underdeveloped idea that lies at the core of the film.

If “Velvet Buzzsaw” is taken at face value, it comes across as a B-movie in the horror genre, comparative to a sleeker and cleaner Lifetime thriller. However, when diving under the surface, the faults of Gilroy’s film fully emerge. Gilroy’s work had potential at its inception, as the idea of examining the relationship between art and critic is fascinating. If he had spent more time clearly defining every idea he had and answering every relevant question, he could have created a truly magnificent and profound work.

However, Gilroy’s product does not reflect this caution and care, resulting in its limited nature. As ironic as it is to be writing a criticism of “Velvet Buzzsaw,” perhaps the most ironic part of the situation is that it is this very criticism — alongside the various others that have been written — are art in and of themselves. These serve as the very rebuttals to Velvet Buzzsaw that reveal the flaw in the film’s core.