Athlete of the Week: Danielle Burns 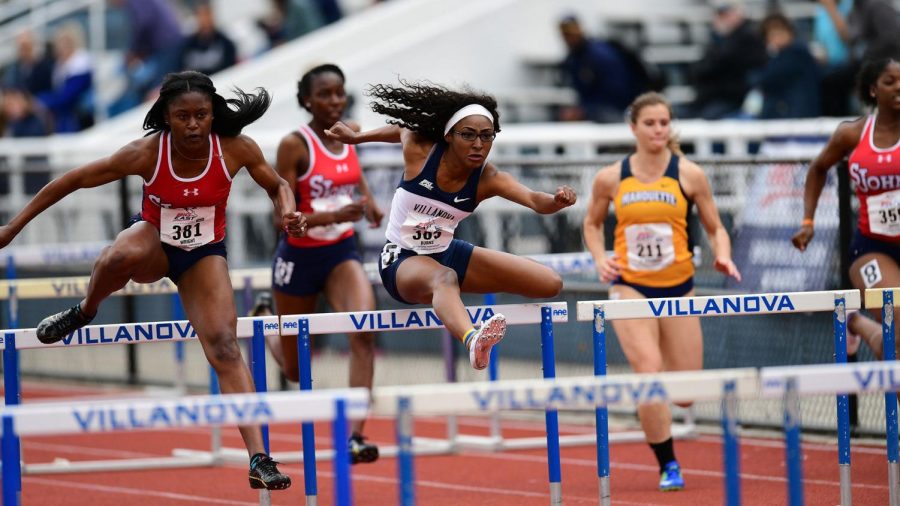 Athlete of the Week: Danielle Burns

On Feb. 2nd, junior runner Danielle Burns finished off the Wildcats’ only home meet of the season at the top of the rankings for 60-meter hurdles. Burns defeated seven other runners with her own personal record of 8.47 seconds, in her return from injury. In addition, Burns placed seventh in the 200 meters with 25.31, and led off the 4×400 meter relay in which the Wildcats came in second with a time of 3:52.78.

Burns’ success has been a long time coming as she has been an athlete for much of her life. Although she initially played basketball, she joined the track team her sophomore year of high school, during the basketball off-season. What started as just a way to stay in shape and get faster for basketball soon became Burns’ passion, as she succeeded on the track and began to receive Division I offers for track.

Burns was quickly attracted to Villanova, because of the academics. Burns knew  that wherever she went, she wanted academics to be a big part of her college experience. She described her college choice as prioritizing “getting an awesome degree while also running for a great program.”

For that, Villanova fit the bill perfectly. Burns studies political science and minors in psychology. Post-graduation, Burns hopes to go to grad school and law school and to become a lawyer. Burns has a passion for social justice, with her favorite classes at Villanova are her Race, Ethnicity, and Politics and History of Slavery classes. She admires the ability that these classes have to open her eyes to new perspectives she’s never thought of before.

Since coming to Villanova, Burns has felt right at home. A big part of that is her team, as not only her teammates and but also her coaches made the team feel like a family.

Burns says that the Wildcat runners are “as close as a team can be,” and that certainly shows through not only their chemistry in events but also friendships off the track.

So what is it that drives Burns? Her biggest role model in life is her grandmother, “I try to model my life off of being kind to people, which she has ingrained into my head,” Burns said. “She made me know that that’s the way to be.”

Burns is certainly not just a star runner. She is also a model student and, perhaps most so, a  great example of the type of person that makes the Villanova community so great.