To All the College Roommates I’ve Had Before 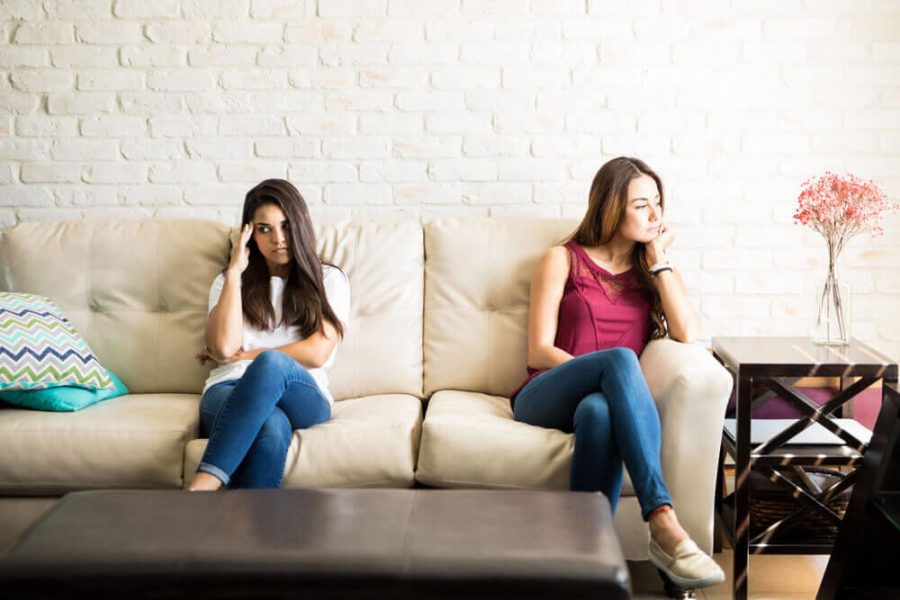 To All the College Roommates I’ve Had Before

How many times have you come home to find the air conditioning unit set a little (a lot) colder than you prefer it? Or your roommates stuff sprawled all over the floor, so when you come home after pulling a late night in the library, you’re thrust into an impromptu game of “The Floor is Lava” as you delicately try to maneuver around piles of clothing and textbooks. One thing is for sure: rooming in college is sure to produce conflict.  Villanova University recruits students from all over the country — from the Midwest to the Northeast and even internationally — and a majority of students are randomly assigned their roommate freshman year. This clash of different lifestyles brings about the inevitable bout of conflict. My freshman year, my roommate insisted on turning the lights on whenever she came home, whether that was at 4 p.m. or 3 a.m. Living with her was difficult because no matter how many times we talked about the lights, she would continuously come back and turn them on.  This led to an insane level of tension, and neither one of us made the effort to say goodbye and good luck on finals when the year came to an end. If I learned anything from freshman year, it’s that conflict resolution is tough, but it’s even harder when your roommate won’t directly talk to you. It’s even worse when you see all your friends getting so close to their roommates and yours is still passive-aggressively avoiding you as soon as you come into the room. How do you resolve conflict when your roommate only feels comfortable confronting you via text?

Here’s the thing: you don’t. Texting is great to communicate information quickly and to stay in contact with friends who are far away. It’s less helpful when you’re trying to have real conversations about real relationships. Yeah, it will be uncomfortable talking to your roommate, because you’re probably not 100% in the right. Yeah, your roommate might be exacerbating the situation, but at the end of the day, do you want to win the argument-of-the-day or have a comfortable, productive living environment?

The question remains, how do you get your roommate to actually communicate what’s wrong to you? If you’re like me, you never see her until the middle of the night and she’s asleep when you get up for class and gone when you return. Somehow, sharing a 15×11 foot space doesn’t ensure that you get the chance to actually talk about what’s bothering you. And when you live in such close quarters, conflict can sprout out from anything, from what temperature the air conditioning unit is set at night, to who leaves the most clothes on the floor. The list is endless.  Some advice when dealing with potential roommate conflict: make sure to communicate openly and honestly. There is no use in letting things get bottled up because that only leads to a bigger fight down the road. Yeah, it’s uncomfortable to ask your roommate to be quiet when they come back in the middle of the night because you don’t want to be too controlling but bringing it up right away will make the conversation go so much easier, and you’ll probably communicate better. Additionally, make sure to revisit the agreement you made in the beginning of the year/ You wrote those rules and expectations for a reason, so there is no shame in revisiting it and reminding your roommate of what the living expectations are. Who knows, maybe they forgot and would appreciate the conversation.

What’s more important is to be assertive. Yes, it’s important to compromise when you can, but if your roommate is doing something that really bothers you (like using your hairdryer without your permission and getting highlighter all caught up in the fan), it’s okay to stand your ground and communicate your needs. Your roommate’s comfort matters, but so does yours. Compromise often, compromise when you can, but don’t be afraid to stick up for yourself if your roommate really is making you feel uncomfortable in your space.

Finally, make sure to acknowledge you probably had some part in all this tension. Yes, I know that they probably started it by leaving their garbage all over the table, but I can almost guarantee you haven’t been the epitome of perfect behavior. Own up to your mistakes. Apologize. Promise to be better and actually work on it. The only way the two of you get out of this year on friendly terms is by respecting what each other needs and doing your best to make the space comfortable for everyone.

So, put away the Post-It notes, put down the phone and knock on the door. Have a conversation, get comfortable with being uncomfortable and fix the problem. Nothing gets solved when you avoid each other and pick petty battles and refuse to compromise. I promise, your roommate probably feels just as weird about what’s going on and if you live with more than one (like in the apartments), the negative energy will affect the rest of the room.

You don’t have to be friends with your roommate. You just need to live together. However, wouldn’t it be better to be friends? Wouldn’t you rather compromise and have the companionship of your roommate, instead of their animosity?