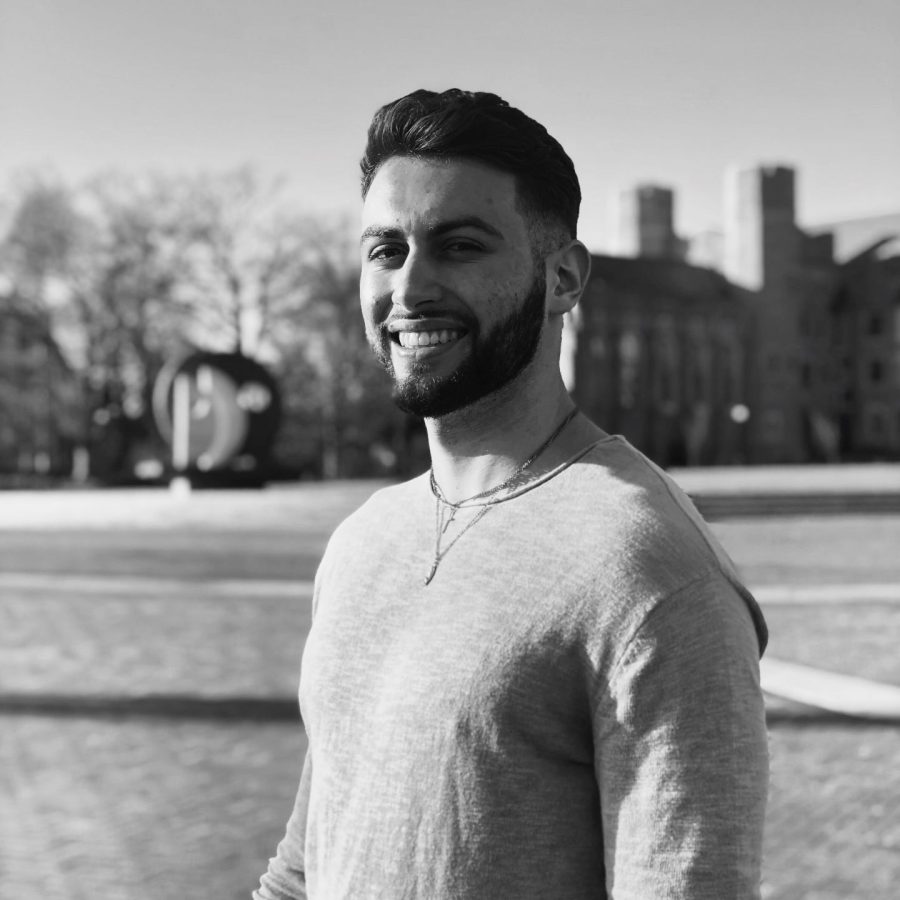 One evening in Nov. 2018, Villanova sophomore Grant Carter met with University of Pennsylvania alumni Rob Lawless, the man behind @robs10kfriends, an Instagram blog with a mission: to meet 10,000 individuals, one person at a time. So fascinated by the innovation of sharing stories through social media – also inspired by similar online projects such as Humans of New York and the creativity of his favorite Internet personalities – Carter declared a Communication-Journalism major first thing the next morning, hoping to devise his own way of telling stories. By early December, after a particularly interesting dinner conversation, The QOL Project was founded on Instagram as @theqolproject. Carter took the name from a phrase he had invented with a friend, Megan Amico, earlier in the semester. For them, “how’s your quality of life?” was a well-needed substitute for surface-level greetings such as “how are you?” Its goal was to inspire more impactful interactions and escape the mundane routine of passing conversation.

And that’s exactly what The QOL Project has set out to do since. Carter has continually found more stories to share around campus, hoping to display the diversity of personalities and perspectives amongst Villanova’s community and beyond. Every conversation featured on the page is approached differently, and always produces something completely new for The QOL Project to share with the world, even if on just a screen.

As the project has amassed a greater following, it has begun to move in new directions, even having its own Spotify playlist, created by the individuals featured on the Instagram page. Carter has also started producing merchandise themed after the project, including stickers and t-shirts, with much of the proceeds going toward NOVAdance and other philanthropic organizations. Soon, The QOL Project will primarily operate on its own stand-alone website, which Carter hopes will allow featured individuals to share their stories more fully, without the limitations imposed by social media platforms.

“Sometimes your dreams shift, the real important ones are those that don’t leave. The big dreams.

We used to get cheese steak and all split it for dinner. I was born in a really bad part of Philly, with my parents being very young. They say it was so bad, they would walk me around Villanova’s campus because it was so much safer. I would say ‘how crazy would it be if I went there’ one day. They always made the effort to be the best parents they could, sacrificing so much for me.

I always ask them how did they do it, how did they not fight. They were living on love and loans. That really humbles me, thinking of what got me here. I grew up [partly] in Puerto Rico, where they sent me, and I always raised my family. I never had a nanny, it was my aunts, uncles, abuela, so my family is tight knit. My family are my heroes, for all different reasons. As I have grown into myself, I can see the values I really appreciate in each of them.

Years later, I apply here, waitlisted. I didn’t cry, didn’t freak out, but I felt like that big dream was floating away. I went to school the next day and my counselor told me to send an email, to still express interest. I emailed the same person at Villanova every single day for the next two months straight. It got to the point where I would just tell them about my day, my basketball team. I got the automated response every time, but still never lost hope. Then, the day the waitlist decisions came out, I sent one last email. I told her Villanova was my dream. How it was the place I used to go  to be safe. I told her it was my big dream. May 3rd, 3:34pm, I get a call from Lower Merion, PA, while I was still in basketball practice. I walk out to look at the call, I call them back, and they ask for Jovanni. She says: we got your emails, all 62 of them…” I was freaking out at the point… “She says we see your interest, for sure. That’s why I would like to offer you admission in the fall to Villanova.’ I asked if she was joking but she said ‘We need you as much as you need us.’ I was crying at that point. I call my mom, she’s in a hair salon, I’m crying, she runs out and says “i can’t believe you did it. My pops couldn’t believe it either, and was ecstatic

Later that day, when I was working at Chipotle, my parents came by with my siblings to surprise me. My first meal after being accepted to Villanova. The very best part of that day, was talking to my dad. I asked him straight: ‘was all that sacrifice worth it?’ He says, ‘I came from nowhere, and to have a son going to Villanova made everything worth it.’ The rest of my night was calling all my family, every contact on my phone, telling them the news. My Villanova story, the story of my big dream, is who I am.