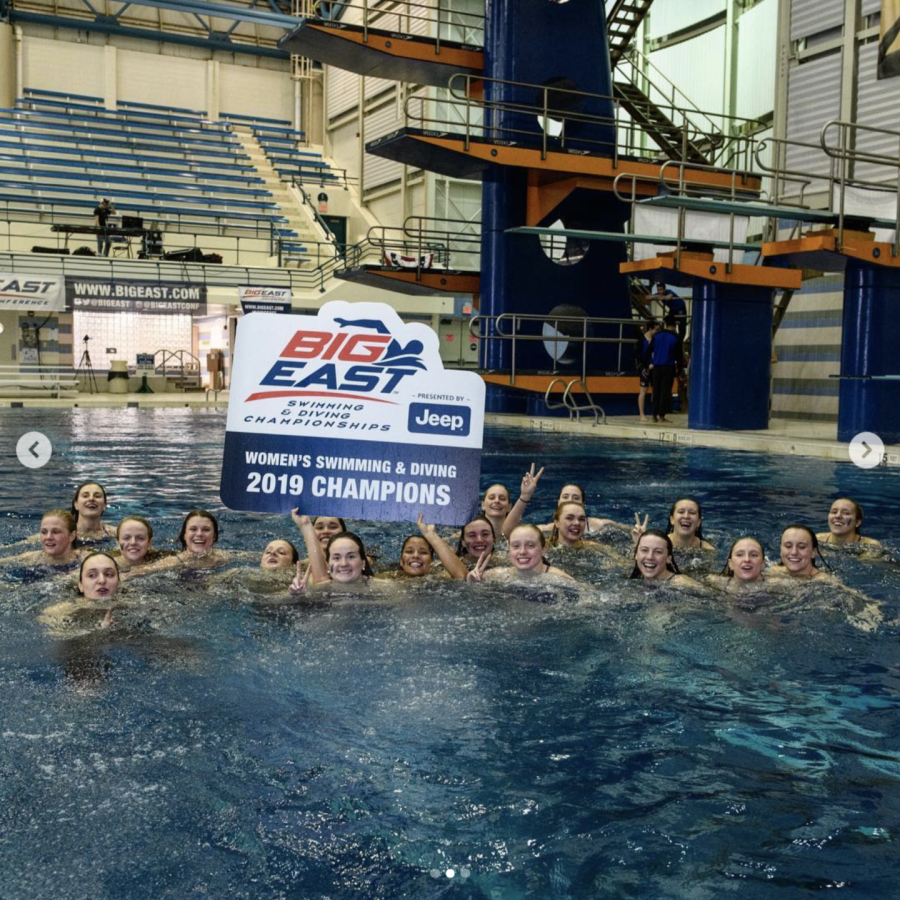 This past weekend, the Wildcats Swimming & Diving teams traveled to the Nassau County Aquatic Center in New York to compete in the 2019 Big East Championships. While the men’s squad tailed off after a field leading day one to finish fourth, the women’s team extended their program-record streak to six consecutive conference championships. In what was a dominating performance, the women finished almost 350 points ahead of the second place Musketeers. Wildcats’ head coach Rick Simpson has a ways to go, however, if he wants to break the all-time BIG EAST record, which is held by the now-departed Notre Dame Fighting Irish with 14 straight titles from 1997-2010.

Other impressive performances came from the men’s diving team, who swept the top-three spots in the 1-meter dive as freshman Michael Ackert and junior Joe Swindal finished behind Perra, as well as junior Justin Cucchi, who won the 400-IM while breaking the program record with a time of 3:52:98. Perra and Ackert also finished first and second in the 3-meter dive, while Swindal finished fourth.

A key contributor to the women’s runaway victory outside of Dunn and Montesi was senior Darby Goodwin, who finished the weekend with four gold medals, from two relays and two individual victories. On top of the team victory for the weekend, the women’s 800-meter freestyle relay team of senior Alexa Fabbri, senior Taylor Wilson, sophomore Milly Routledge, and Montesi took not only gold but set a program record in the event. The women’s effort in the 100-meter freestyle was also particularly impressive, as the Wildcats’ swimmers, led by Fabbri, took five of six places on the podium, missing out only on third. The Wildcats made the sweep a theme for the weekend, as the women took all four top spots in the 200-meter freestyle, led again by Fabbri. Continuing the freestyle dominance, Wilson took gold, and Fabbri freshman Abbey Berloco, and Routledge finished third, fourth and fifth respectively.