From Player to Podcaster: Stay Tuned With D. Rey 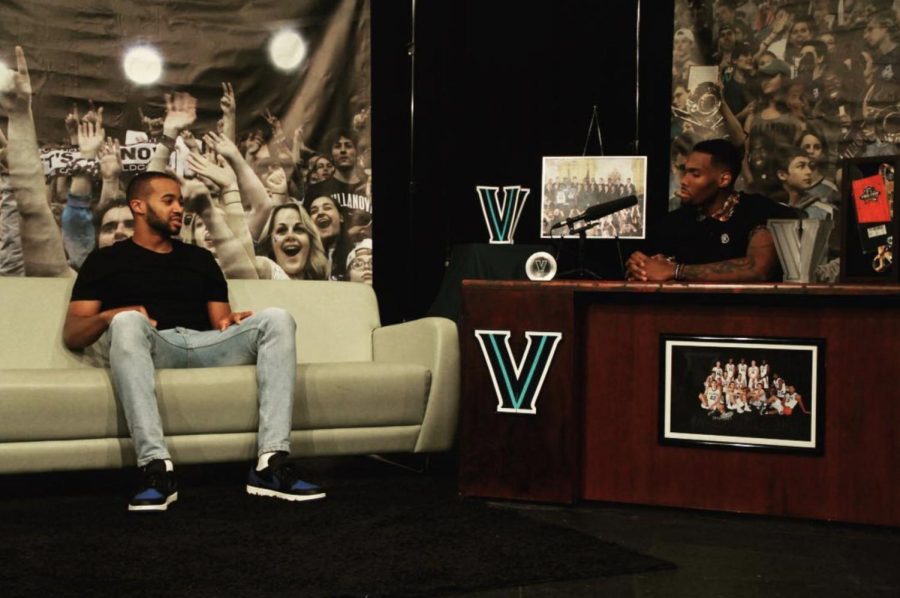 From Player to Podcaster: Stay Tuned With D. Rey

As Jalen Brunson, Mikal Bridges and Phil Booth led their Wildcats on a rampage through through March Madness for the second time in three seasons, one of their teammates from their first national championship run was quietly helping his new team to a successful season.

Darryl Reynolds, after a short stint in the NBA Summer League, moved overseas for the season to play in the top Polish division for TBV Start Lublin. Averaging 8.6 points, 7.3 rebounds and 1.3 blocks for the underdogs, who had never finished above 14th — or over .500 for that matter — Reynolds helped Lublin to a 17-15 finish, good for 9th in the league. “I thought the style of play over there actually fit me a little better,” Reynolds said.

And as Brunson and Bridges were preparing for the NBA Draft in 2018, and Booth was getting ready to take the reins for the Wildcats as the main man this past season, Reynolds was more or less doing the same in an attempt to prepare for another season somewhere overseas, if not in Poland. But on May 30th, 2018, a low stakes pickup game with other local pros at La Salle was suddenly tarnished in Reynolds’ memory because of one play.

“I was going up for a layup, but one guy was playing more serious and knocked me out of the air,” Reynolds said. “I tore my ACL, LCL and PCL, along with the hamstring, which caused nerve damage from the knee down.” But even though Reynolds still wears a stabilizing mechanism from the knee down to make sure the nerve damage from almost a year ago finishes healing correctly, he is not bashful in making clear he is not yet resigned to a life of coaching. “The ligament tears actually healed surprisingly quickly,” he said. “I can work out and even dunk as I am right now, but nerves regenerate at such a slow pace that it’s just a waiting game. Hopefully I can latch on with a team, probably overseas [in Europe], towards the end of next season and see where I can go from there.”

And even though for the time being, while he rehabs, he has taken on the role of Head of Player Development, reserved for former players as an introduction to coaching, the only commitment Reynolds will give to coaching is that “maybe [he’ll] come back to it later.”

So why did Reynolds take the role in the first place, if not to follow in the footsteps of someone like Mike Nardi, who took the role Reynolds is in now for a year and is now an assistant coach on Jay Wright’s staff? Well, a basketball player has to find something to hold him over while he can’t play basketball. “Bills are bills,” is how Reynolds terms it. But more vital to why he took this job here, “first of all, it was Coach Wright,” he said. “It was about coming home.”

There is no doubt Reynolds is home. As he sat answering questions on a Tuesday morning in the Bartley Exchange, fully clad in Villanova Basketball sweats, every minute or so he would pause in the middle of a sentence upon seeing a familiar face to call after them and flash a mega-watt smile, before then, very unnecessarily, apologizing each time.

This same reason he took the job, to come home, is likely one of the main reasons he has thrived in it this past year. Although he is responsible for helping the entire team with whatever they need day to day, much of his focus is on helping players new to the program adjust to life as a student-athlete at Villanova.

“You have to fit into a system where everyone else is already assimilated, and you’re expected to get it right away,” Reynolds said of coming into a program as a freshman.

“He’s really been a help to us, especially freshmen, making the transition,” freshman forward Brandon Slater said. “Anything. He talks to us if we need any help. He helps clarify plays if we ask. He’s just there for us – if we need to shoot extra, he’s there.”

One thing Reynolds believes has prepared him so well for his role on staff was his background as a player, which had plenty more bumps in the road than that of Nardi —a four-year starter under Wright —although Reynolds never approached making that comparison himself.

“I’ve seen [life on this team] from so many different perspectives,” he said. “I started out here sitting on the bench all the time, but I’ve also played serious minutes for a National Championship team and started my senior year. It’s allowed me to relate to so many different players.”

So when looking to help this freshman class, Reynolds has a wealth of experience he can look to in order to help both someone like Slater, who saw limited minutes his freshman season, and forward Saddiq Bey, who was locked in as a starter by the midpoint of the season.

“It’s so valuable to have those guys that played, who these guys watched play,” Wright said. “A lot of those guys, when they were being recruited, they were watching him play on TV, and now they see him, and they see how much he cares about everything in the program. As a young guy, [Reynolds] didn’t play a lot. And he realized how much we value a guy, even if the guy doesn’t play a lot. So he’s seen it all, and because of that he’s very valuable.”

And just as Reynolds has been a valuable resource to the younger Wildcats, finding a job that on top of paying the bills, also did not keep him in too much of a routine was key for him as well.

“[After the injury], I had to reevaluate physically and mentally,“ Reynolds said. “The hardest part for me was being a nomad and having to adjust.” Suddenly forced to take an extended period off from his life of traveling first the country and then the world to play basketball, having a job that allowed him to not get stuck on any one task for too long while exploring his passions — he currently has a YouTube show, Stay Tuned with D.Rey — was a haven in a time where all his routines and habits could have been disrupted.

The YouTube show has allowed Reynolds to explore his passion for media production and filmmaking, and he says one of his dreams is to make films like ESPN’s 30 for 30 documentaries. “They’re so dramatic, and I love the way they show the stories behind the game.”

While Reynolds will not return to the Wildcats’ staff for the 2019-20 season as he ramps up his preparation to return to playing — while also keeping in mind he has plenty of passions to hold him over after that — don’t close the book on his coaching career so fast.

As Wright said, “We use that position to get a guy to try to see if he would like coaching. And we try to evaluate him to see if he’d be good at coaching. I think he’d be a great coach.”