Men’s Soccer Back to Winning Ways vs. George Washington 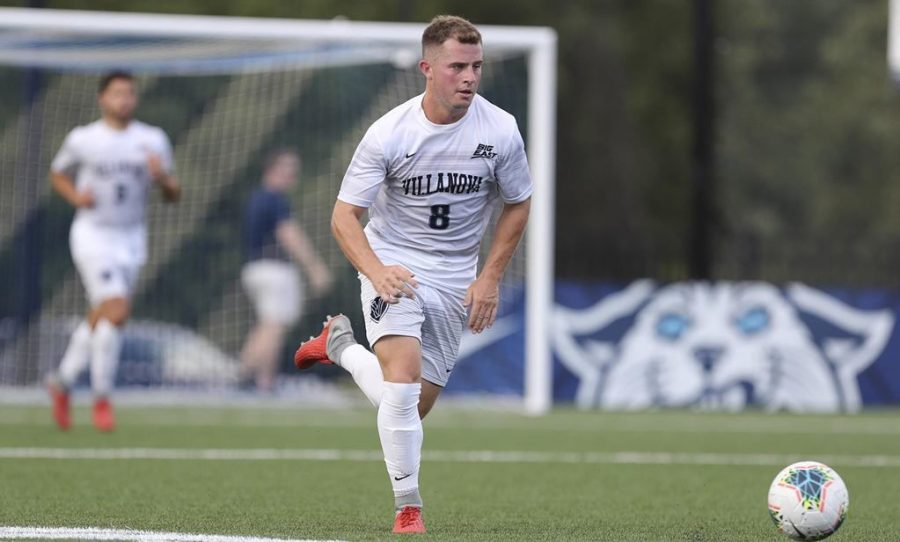 Men's Soccer Back to Winning Ways vs. George Washington

Earlier today, the Villanova Wildcats hosted the George Washington University Colonials in a non-conference matchup. The Wildcats were looking for a win after coming off of two consecutive losses to Penn State and Maryland along with a draw against DePaul in their Big East conference opener. On the other side, the Colonials were coming off of two straight losses and were looking for their third win of the season. The ‘Cats escaped the Higgins Soccer Complex with a 1-0 victory, improving to 5-2-1 on the season.

The first half ended with both teams at a draw. Neither were able to capitalize on the chances they had. However, while scoreless, the Wildcats had a strong first half, leading in shots, 6-4 against the Colonials.

The decisive goal came in the 71st minute on a strike from senior midfielder Evan Vare. The play developed from an initial shot by junior midfielder Richie Schlentz that ricocheted to Vare, who capitalized on the opportunity. Vare’s goal was his second of the season and one of 3 shots on target by the ‘Cats. By the end of the match, ‘Nova outshot GW by twofold, 18-9.

The Wildcats also finished with another clean sheet, their sixth in eight outings this season. Junior goalkeeper Carson Williams finished with two saves, preventing the Colonials from tying the game. Villanova is now 4-0 in the Higgins Soccer Complex, and has yet to allow a goal on their home turf.

This Saturday, ‘Nova will be traveling to Omaha, Nebraska for a matchup with Creighton, their second Big East conference match of the season. Kick-off time is set for 8 p.m.