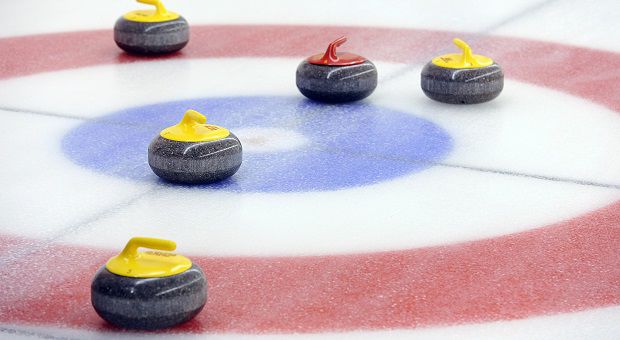 “Why?”: That is the one question all my family and friends asked me when I told them I was working on an article about the curling club. Honestly, I didn’t know the answer. I mean, I didn’t know anything about curling. I’ve only watched it in the Olympics a couple of times. I didn’t know how it worked its vocabulary, or scoring, but I was excited to learn.

If one travels down Lancaster Ave. about 25 minutes, to Paoli, he or she will find the Philadelphia Curling Club, where Villanova practices once a week, except when the team has tournaments. It’s a nice indoor club, with pristine ice. Here you will see four vs. four matches going on to get the team ready for a competition. Senior Edward Keenan explained to me how the seedings work.

“We have about four tournaments each semester, and by participating in games, you get points,” Keenan said. “If you win, you get extra points. The top 16 teams in the country in points make it to nationals.”

Keenan is the president, and has been in the club for four years, but has never made it to nationals. Last year the team finished 17th in the nation and barely missed the cut. In the history of Villanova Curling, which team members believe started in 2009, the closest it has ever been to winning nationals was in 2014, when it finished runner-up. This year’s national tournament will be held in Fargo, N.D. It will be the last chance for seven of the 10 members to make it to the nationals.

Curling is a sport in which two teams of four face each other. Usually, you have one person throwing, two sweepers and a skipper. The skipper always throws last and is the one that aims the thrower and makes final decision on angle. The thrower rolls the stone down the ice, using momentum gained by pushing off the block. He then decides if he threw it heavy or light. If he threw it light, then the sweepers sweep the ice to get it to melt, which makes the rock go faster and hopefully get to the point it’s trying to go. If the rock is thrown too hard, the opposing teams skipper can sweep that rock off the house once it gets past a certain line. In all, the rock travels about 146 feet. But really ,the points are only made on the last few throws. That is why the least experienced curlers go at the beginning to help set up a guard. At one end, a team will throw eight stones, with each player throwing two. There are 10 ends in total.

“I love the curling culture,” Senior Ben Scott said. “It’s like the golf of the winter, everyone is friendly with everyone. Yeah, it’s a competition, but everyone wants everyone to do well.”

I got to experience this “culture” first hand when the University of Pennsylvania curling team walked in. Usually, when two rivals practice at the same facility, you see a lot of competition and bad vibes, but when Penn walked in, team members  greeted each other with high fives and laughter, and even had some scrimmages with them, combining the teams. It was quite a sight to see. When I first got onto the ice, I had no clue what I was doing. Not only did the VCC help me out, but members of Penn’s team did as well. As a golfer, I could see what Scott means when he compares it to curling.

While the curling team has a lot of members and can send almost two teams to each competition, it is losing a ton of seniors this year, and is really looking for new members to join. As president, Keenan is optimistic about the future.

“We get a lot of our members from the activities fair, and we do a lot of Chick-Fil-A fundraisers,” Keenan said. :we like to say we started the Chick-Fil-A trend, and we even make the first practice free, just so people interested can come learn, practice and see why curing is so enjoyable. I would hate to see for curling to die at Villanova.”