Women’s Basketball Falters on the Road, Loses 76-54 at American 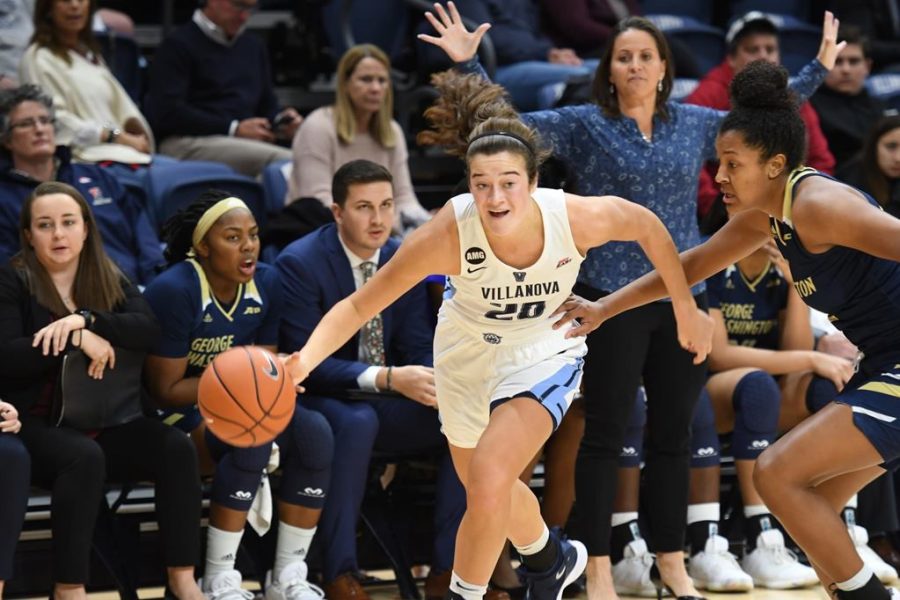 Women's Basketball Falters on the Road, Loses 76-54 at American

Last night, the Villanova Wildcats suffered a 76-54 road loss to the American University Eagles in Washington, D.C. Coming into the game on Thursday, the Wildcats lost two in a row to start the season, losing a close matchup against James Madison in their last outing. On the contrary, the Eagles were also trying to get their first win after suffering a defeat to Ohio University. With the loss, Villanova drops to 0-3 on the season.

The first quarter saw the Eagles blow the game open with a 23-5 lead by the end of the first frame. The Wildcats collectively shot 1-12 from the field while the Eagles were getting their offense rolling, shooting 9-17 to start. This, on top of six turnovers by the ‘Cats translated to a big deficit that Villanova immediately had to overcome. The second quarter saw ‘Nova pick up its offense, out-scoring American, 19-15, but the damage from the first was done. To end the half, American University led, 38-24.

The rest of the game was an uphill battle that the Wildcats could not climb. The ‘Cats were outscored once again, 22-21, in the third period. The final quarter saw Villanova struggle again offensively, only scoring nine total points while American scored 16. ‘Nova was not able to score until five minutes into the period, shooting 4-15 from the field collectively to close the game.

A notable performance for the Wildcats came from redshirt freshman forward, Madison Siegrist, who produced a stat line of 22 points and 8 rebounds on 9-20 shooting. Siegrist’s  paced ‘Nova in points, rebounds and efficiency from the floor.

Following the pit stop in D.C., the Wildcats travel up to The Bronx, where they will face Fordham in a non-conference matchup. Tipoff is set for 5 p.m.