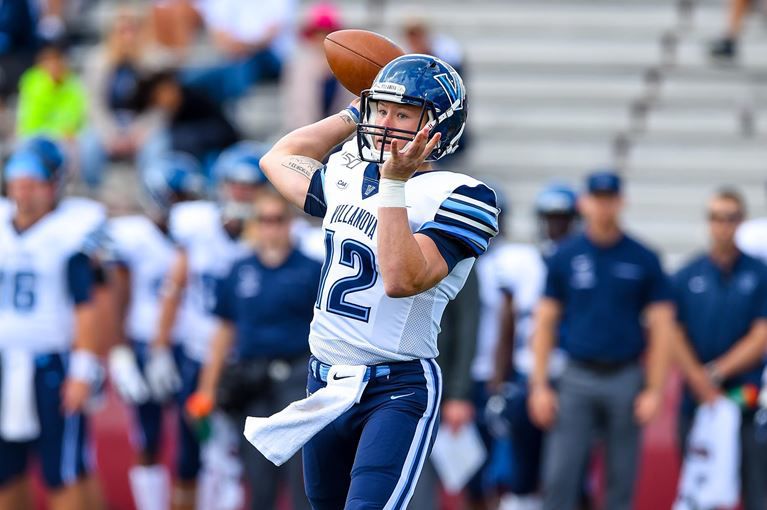 Life comes at you fast, and nobody understands this sentiment more over the last four weeks than Villanova football. The Wildcats, who were undefeated, ranked fifth in the country and number one in the CAA, have now lost three consecutive games. If Villanova wants to salvage a season that seemed magical just a month ago, they must put the past behind them when the Richmond Spiders come to town on Saturday.

If the team wants to find inspiration for a playoff run, they won’t have to look far, as the 2009 National Championship team is coming back to campus to celebrate the 10-year anniversary of the Wildcats winning their only title in school history.

However, if the Wildcats want to get back to their winning ways, they will need better production from their backfield. Villanova had one of the best rushing attacks in the country before captain running back Justin Covington tore his ACL against William and Mary. Covington was averaging just under 135 rushing yards per game, but his replacement, DeeWil Barlee, is only averaging 63 yards per game on the ground since Covington went down.

Another key to the ‘Cats’ success will be to slow down the Spiders’ dual threat quarterback, Joe Mancuso. In all but one game this season, Mancuso led the Spiders in passing and rushing yards. Mancuso is prolific both through the air and on the ground, averaging 263 passing yards per game, while rushing for 82 yards a game. Along with the gaudy yardage numbers, the Spiders’ quarterback boasts a passer rating of 156.

There is no doubt Mancuso will lead the offensive attack for the Spiders’ offense, so it is imperative that Villanova establishes the running game to score points of their own to keep pace with Richmond. If the ‘Cats come out angry and determined on a day honoring the greatest team in school history, they can put their season back on track. Kickoff is set for 1 p.m.