Athlete of the Week: Milly Routledge, Women’s Swimming and Diving 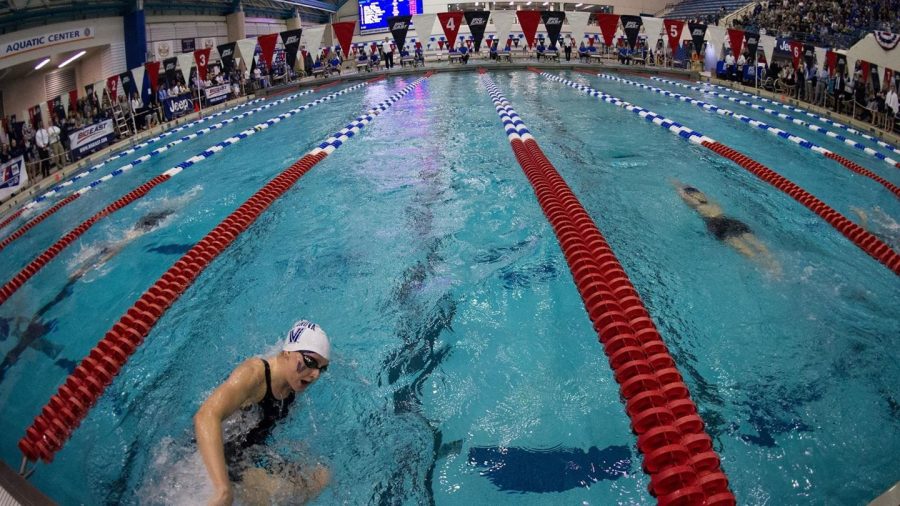 Athlete of the Week: Milly Routledge, Women’s Swimming and Diving

On her recruiting trip, junior swimmer Milly Routledge was jetlagged from her eight-hour flight from her hometown of North Ascot, UK. No matter the amount she slept, she soon realized that Villanova would be her new home for the coming years.

Reflecting on her decision process, Routledge said, “The instant connection and family feel between both the men’s and women’s teams, for me, was why I am here.”

The women’s swim and dive team has won all but two meets this season, which began back in November.

Routledge understands the benefits of strong leadership and mentorship in collegiate athletics. She actively works to help lead the team as a whole:

“The sprint group is really young,” Routledge said. “I have enjoyed taking more of a leadership role because I have learned a lot in my last two years, and I can try to pass down what I’ve learned to the underclassmen now and even next year.”

With a slimming group of sprinters, Routledge seeks out competition in both practice and races, which she finds in both the women’s and men’s teams.

“This season has been very different, the sprint group has dropped and it is a totally different mindset,” Routledge said.  “[I am] not only racing the women’s team but also the men, which is hard but also a fun way to think about it.”

This mindset produced lucrative results, as Routledge has continuously dominated the freestyle sprint events this season. She placed first in the 50, 100 and 200-yard freestyle in their meets versus Richmond (Jan. 24) UConn (Jan. 25).

As a freshman and sophomore, she was named All Big-East for her performance in a variety of freestyle and relay events. Last year at Big East, Routledge and teammates Alexa Fabbri, Kelly Montesi and Taylor Wilson broke a Villanova Record in the 800-yard freestyle relay event with a time of 7:10.63.  She is hopeful about this year’s Big East competition as well.

“Individually, I have goals that I want to achieve,” Routledge said. “It is looking like things are aligned and will hopefully work out.”

As you walk through the swim and dive team offices, the walls teem with massive trophies, awards, plaques and of course, the Big-East posters. The women’s swim and dive team has remained dominant in the Big East for many years, winning the conference championship title the last six years.

“I think it is very important for us individually and as a team to not go into each race with the mindset that we are the best,” Routledge said. “There are always people and teams who are going to come up behind you. Something that we have been working on as a team is going into each race and proving that there is a reason we have won Big East for the past six years.

“Our competition standard continues to get better and better, we are competing with other teams that maybe on paper we shouldn’t be beating,” Routledge continued. “Yet we are, which is amazing, and makes me think that this year and the coming years could look even better.”

Big East is a constant conversation for the women’s swim and dive team from how to continue the reign of championship seasons and how to mentally get prepared to face each team and each event.

“I am very excited to see what happens at Big East both for me alone and as a team,” Routledge said with a smile on her face.

The Big-East Swimming and Diving Championships will take place Feb. 26 through Feb. 29 at Nassau County Aquatic Center in East Meadow, N.Y. First, the team has to finish their regular season competitions which continue Jan. 30, when they compete against West Virginia and Penn State.