Adam Driver Should Win Best Actor, and it Shouldn’t Be Close 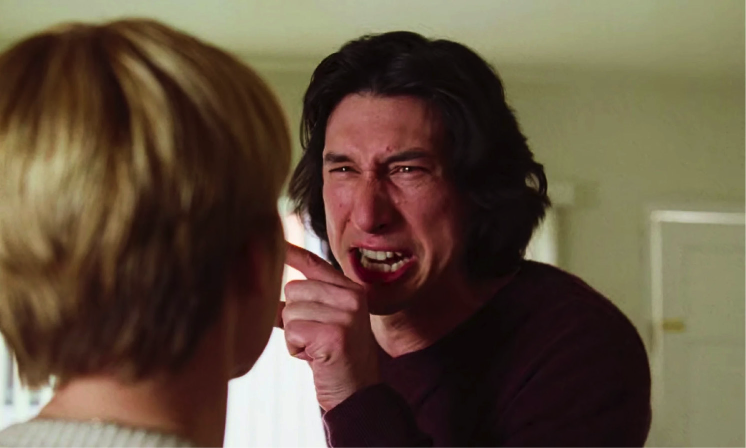 Adam Driver Should Win Best Actor, and it Shouldn’t Be Close

There are times when you finish watching a movie, and the only thing you can think of for the next day or so is how incredible the experience was.  Noah Baumbach’s “Marriage Story” lead me to this experience, one that I have shockingly had thrice this year already (I found Quentin Tarantino’s “Once Upon a Time in Hollywood,” Martin Scorsese’s “The Irishman” and Todd Phillips’ “Joker” to be completely mesmerizing as well).

What separates “Marriage Story” from “Joker” and “Hollywood” is not the direction.  Tarantino and Phillips both received nods for “Best Director” from the Academy and Baumbach wasn’t nominated (some say he was snubbed).  With 2019 being one of the best years for movies in recent memory, Baumbach’s lack of nomination, in my opinion, should not be concerning.  The nominated directors made true masterworks, and any and all nominated deserve that Oscar on Feb. 9 (personally, I would give it to Phillips). “Marriage Story” is not made noteworthy by its direction. Some might even call the direction “plain.” It is a very, very well-made film but did not strike me as entirely unique in this way.  What separates “Marriage Story” from the crowd is its performances, and man are they incredible.

The movie is carried by Adam Driver’s performance as Charlie Barber and Scarlett Johansson’s portrayal of his wife, Nicole.  Carried, mind you, in a film also featuring Laura Dern, nominated as well for her role, legendary Ray Liotta and Julie Hagerty from “Airplane!”  This movie is a mess of talent on all sides of the camera, and yet it is carried by Driver and Johansson.  Driver, however, seems to be left out of the conversation for “Best Actor” at the Academy Awards fairly often, and that just needs to change.  Not only should he be in the conversation, the man should win the award.

You might say, “Adam Driver? The Adam Driver who plays the whiny kid in the mask in the mediocre ‘Star Wars’ sequels?”  Yep, that Adam Driver. As Charlie, he delivers one of the most believable and near-heartbreaking performances you will ever see in a film.  As the film progresses and his mistakes are revealed, viewers are given a window into the collapsing life and marriage of this character, and all of it is masterful.  Driver makes you want to laugh, he makes you want to cry, he makes you angry and he makes you happy. There’s a scene near the climax of the film featuring a screaming match between him and Johansson’s Nicole, and it’s simply one of the most well-acted scenes you will ever see in a movie, as heartbreaking as it is incredible. Now, this should be taken with respect to the other actors, in particular, for me, Joaquin Phoenix and Leonardo DiCaprio, who portrayed Arthur Fleck and Rick Dalton in “Joker” and “Hollywood,” respectively.  In a perfect world, all three of these actors get rewarded. All three, in any other year, would have virtually no competition. Most are quick to praise Phoenix, and rightfully so. The actor beat out Driver and DiCaprio for “Best Actor” at the Golden Globes, and many would say deservedly so.  His performance in “Joker” was nearly unmatched. In my opinion, Driver was just better.

Adam Driver has proven himself to be potentially the biggest rising star in Hollywood.  He appears able to act in a very wide variety of roles. This is Driver’s second straight year in the running for an Oscar (he was nominated for “Best Supporting Actor” in 2019 for Spike Lee’s “BlacKkKlansman”) and this should be the year he gets his first.  His performance, in a year with several incredible ones, is unparalleled.

Even if Driver is robbed of this award that he put his blood, sweat and tears into earning, I must think this isn’t even close to the last time he gets a nomination.