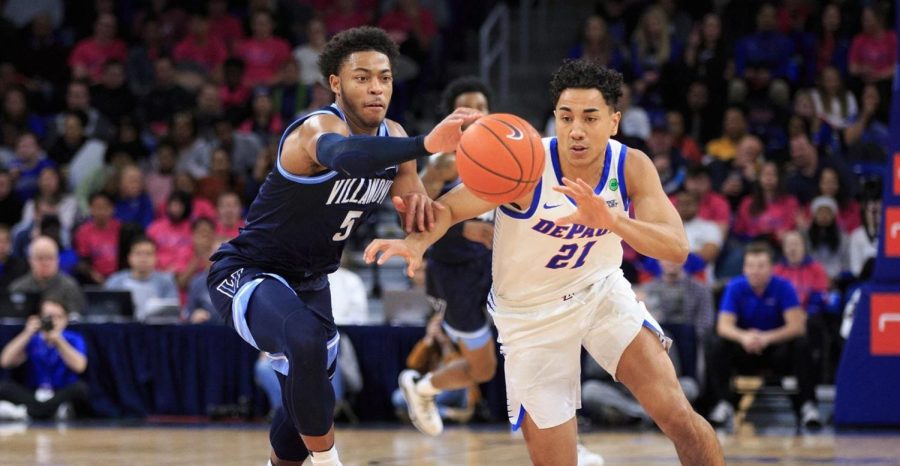 CHICAGO – The shots fell early for the Wildcats, and they fell often.

Number 12 Villanova put on a clinic from behind the arc as the Wildcats cruised to a 91–71 blowout victory behind a barrage of three-pointers.

Villanova scored 48 of their 91 points from three-point range, and six different Wildcats hit a three-pointer.

Guards Justin Moore and Collin Gillespie both added 17 points for the ‘Cats.

Villanova has now won 21 straight games versus the Blue Demons. This win also secured Villanova’s eighth straight 20-win season, as the Wildcats improved to 20-6 on the year.